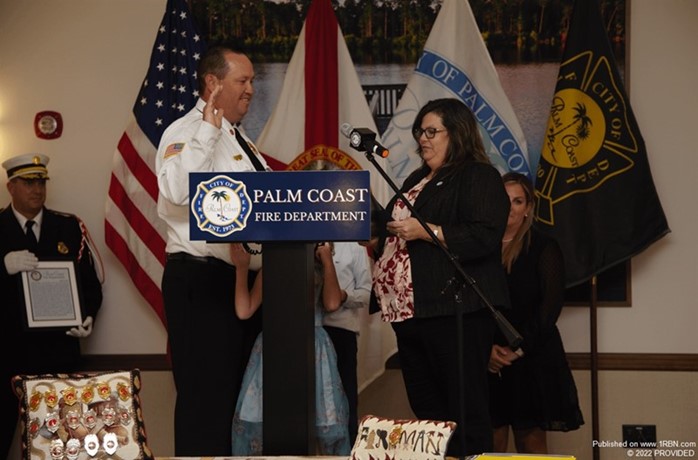 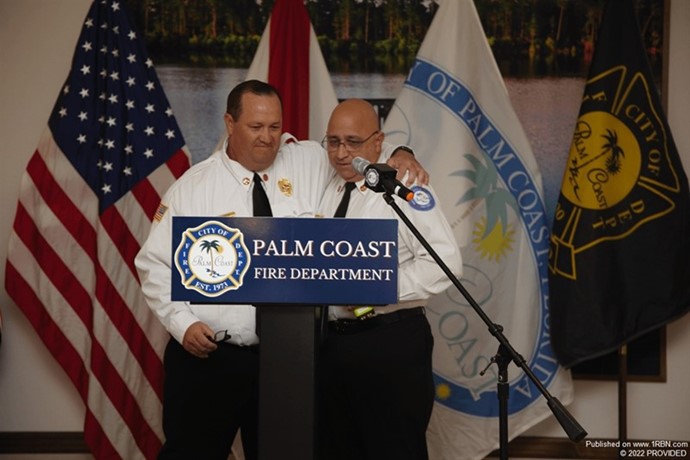 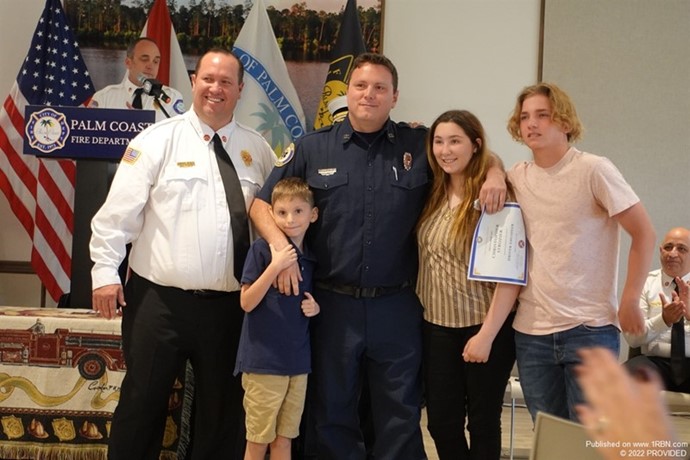 In his Farwell remarks Chief Forte stated, “after 32 years, it is time for a new generation of leaders to create the next era of public safety with talented people ready to move forward”. Chief Forte became the City of Palm Coast’s Fire Chief in 2018. Beyond the scope of the Fire Department, Chief Forte spent eight months as the Interim Director of Public Works to fill a leadership role until the position was filled in 2019. In 2021, Palm Coast City Council selected Chief Forte to serve as the Interim Assistant City Manager in which he worked closely with City Manager Denise Bevan.

Forte joined Palm Coast Fire Department in 1990 as a volunteer firefighter at the encouragement of his brother Joe, then a Holly Hill firefighter. He became a full-time firefighter under the mentorship of Chief Norman Lewis. Throughout his career in the fire service, Forte accomplished many personal and professional achievements. In 1996, he earned his Fire Instructor Certification, in which he trained and mentored firefighters throughout the region for many years. He was promoted to Lieutenant in 1997, Captain in 2000, Deputy Fire Chief in 2009, and Fire Chief in 2018. Chief Forte thanked Firefighters and those in attendance, “I have loved every single day of this career, not just because of what we do, but because of the good people that have shared these experiences with me. People believe that extraordinary people are what makes firefighters, in reality, firefighters are ordinary people with the courage to do extraordinary things.”

Battalion Chief Berryhill joined the Palm Coast Fire Department in August of 2005. He was promoted to Lieutenant in 2011, Captain in 2017 and to Battalion Chief in 2019. He previously served as Interim Fire Chief in 2021 while Chief Forte served as Interim Assistant City Manager and Deputy Fire Chief Bradd Clark served as Interim Fire Chief of Flagler County Fire Rescue. He was appointed as the next Fire Chief on June 7, 2022, by City Manager Denise Bevan. “It is truly an honor to be able to announce this very important appointment to Fire Chief of the Palm Coast Fire Department,” Ms. Bevan said. “Kyle is an invaluable member of our organization and is a mentor and friend to many, especially at the Fire Department. I hope you will join me in congratulating soon-to-be Fire Chief Berryhill on this well-earned promotion. And a very special thank you to Chief Jerry Forte on your dedication to this organization and this community, and for helping to raise up our future leaders.”

Kyle is a native of Central Florida where he graduated from Lake Mary High School in 1997. He attended Central Florida Fire Academy for his EMT and Firefighter Certifications. He obtained his Paramedic Certification from Daytona State College in 2006. He holds a Bachelor’s Degree in Public Administration from Flagler College and a Master Degree in Public Administration from Barry University. Chief Berryhill in his address stated that “our shared values brought us to where we are today and they will continue to light the path for where we go from here. There is no list of things that we have to change, but if we are to provide the best service to our community every time, we have to strive to make tomorrow’s best better than today’s best.”

The Palm Coast Fire Department values their mentoring and succession planning programs, believing in training future generations and preparing the next person to move up. Over the last year, Battalion Chief Berryhill has been mentoring under Chief Forte and Chief Clark in order to prepare him for this opportunity. As part of the department’s succession plan, the department is prepared to make the appointments in the line of succession created by Berryhill’s appointment to Fire Chief.

The Palm Coast Fire Department was proud to announce the next wave of promotions for the growth of the organization. The newly promoted firefighters were ceremoniously pinned by their family and friends at a ceremony held at the Transfer of Command Ceremony. The promotions are as follows: