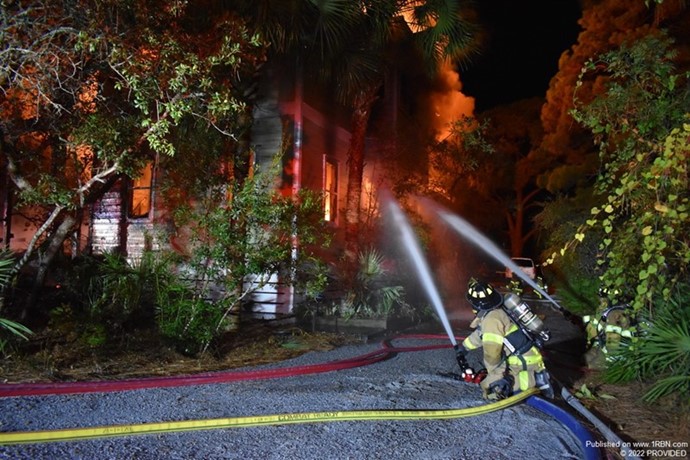 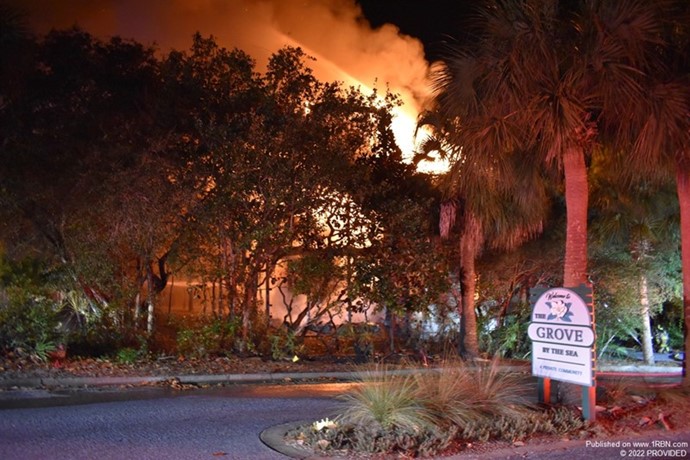 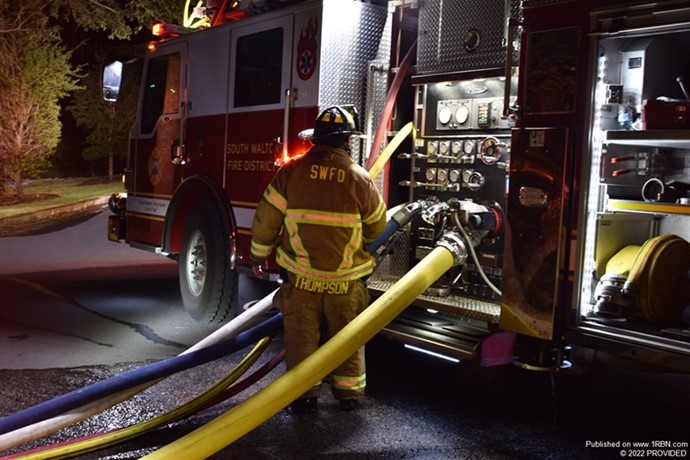 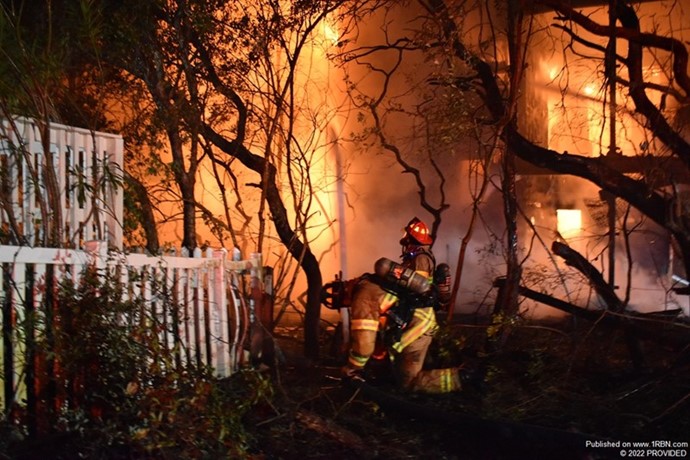 The call came into SWFD Dispatch at 3:17 a.m. stating a residence and adjoining carriage house were on fire. Truck 2 and Rescue 2 arrived first on-scene at 3:26 a.m. and reported heavy fire and smoke showing. The flames and falling embers were also extending into the surrounding wooded areas.

Firefighters quickly began flowing water and next arriving crews established a water supply to add multiple hose lines to the fight. Incoming firefighters were tasked with ensuring all spot fires igniting due to the embers in the area were extinguished to protect nearby homes.

Crews continued working through fire attack and overhaul operations until approximately 5:45 a.m. when the fire was extinguished.

Approximately 30 SWFD personnel responded to the scene, which includes resources from all five of the district's fire stations.

At the time the incident occurred, all of the home’s occupants were able to make it out safely. No injuries were reported to civilians or fire personnel.

The SWFD Fire Marshal and State Fire Marshal’s Office conducted a joint investigation into the cause of the fire and found the area of origin to be on the home’s back porch. Investigators determined the main residence is a complete loss, and the carriage house was heavily damaged. No other residences were affected in the incident.

SWFD would like to thank the Walton County Sheriff’s Office for their assistance at the scene, as well as mutual aid partners Destin Fire Control District, Walton County Fire Rescue, and Panama City Beach Fire Rescue for providing coverage in South Walton during the incident.