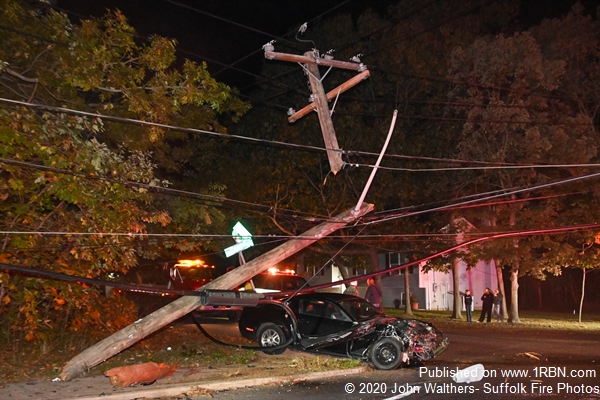 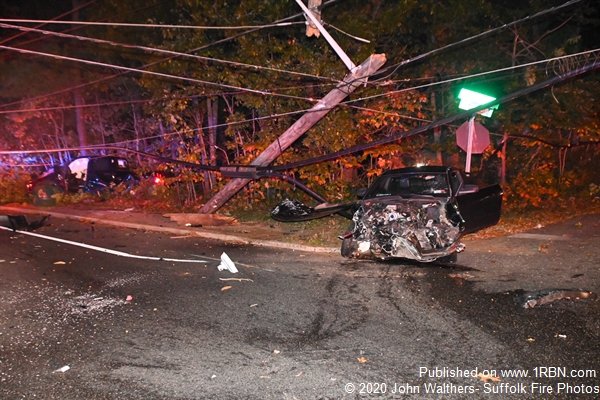 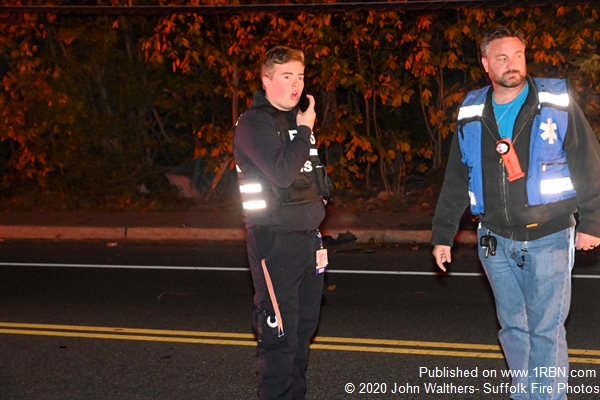 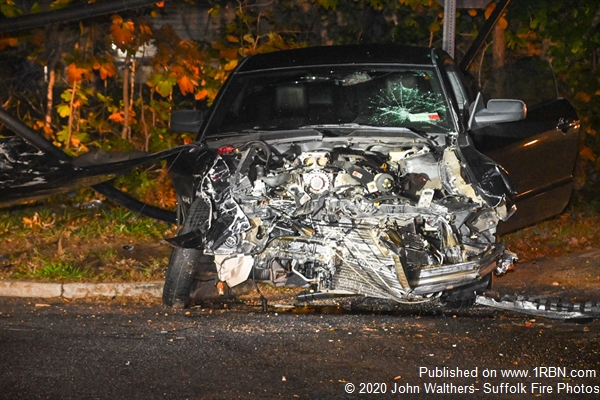 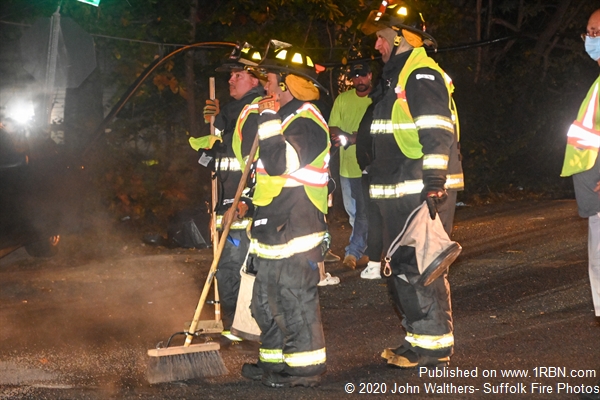 Mastic Beach, NY- On October 14 at about 7:50PM the Suffolk County 9-1-1 dispatch center received a call for a vehicle crash at Flower rd and Neighborhood Rd. They activated the Mastic Beach Fire Department and Ambulance Company both to respond shortly after.

On arrival of the first Fire unit Commissioner Biondi [5-13-99] advised FireCom that they had a 2 vehicle crash with a pole snapped and wires hanging down. He requested the power company to the scene on a rush . While members were securing the scene, it was also determined that some Major telephone trunk lines were down at the scene and Verizon was also requested. Assistant Chief Jeff McGown assumed command on his arrival. Firefighters were directed to secure the vehicles and scene as best as possible without getting to close to the wires. They put down speedy dry and cleaned up some debris from the roadway. The Highway department was also requested by the chief for a downed stop sign.

Mastic Beach Ambulance checked out the occupants of the vehicles. Atleast 1 person was taken to a local hospital for further treatment. Suffolk Police police the road for an extended period of time until the power and electric companies could repair the lines and pole.