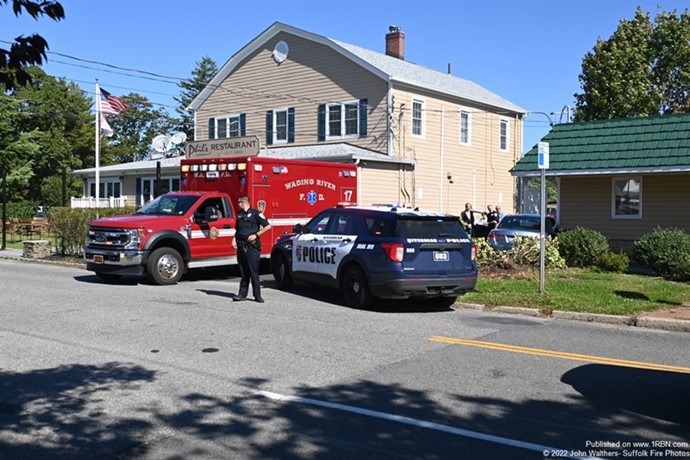 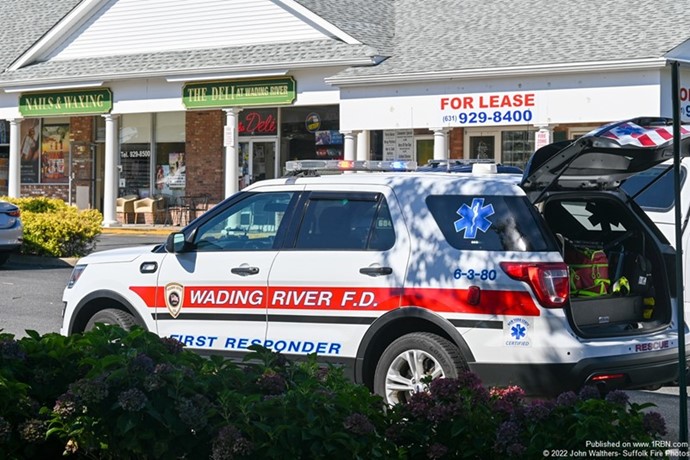 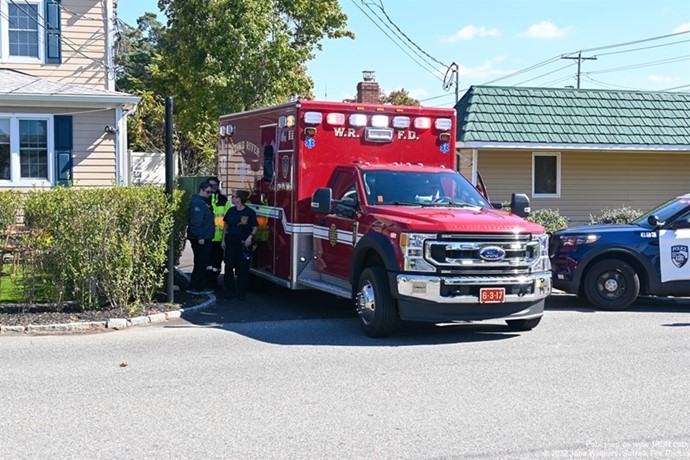 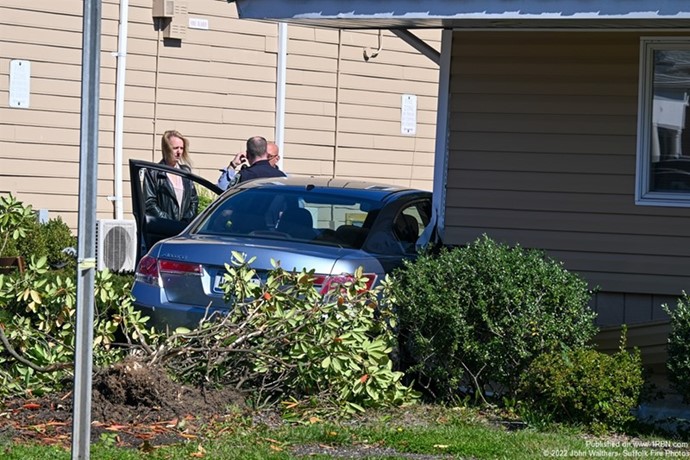 WADING RIVER, NY - On October 9th just before 1:30 P.M., the Riverhead PD and the Wading River Fire Department were dispatched to a report that a vehicle hit a building on Route 25A at Wading River Manor Rd. Crews were already in quarters and quickly responded to the scene.

Responder 6-3-80 and Ambulance 6-3-17 went en route to the scene and met Chief of Department Gluck, who was incident command. Ladder 6-3-4 was also dispatched, however they were advised that they would not be needed on scene. There was no one trapped and the damage to the building did not appear to be serious.

The medic from 6-3-80 and the crew from the ambulance evaluated and transported one person to a local hospital. Riverhead PD conducted traffic control duties at the scene, which was turned over to them once the patient was transported.