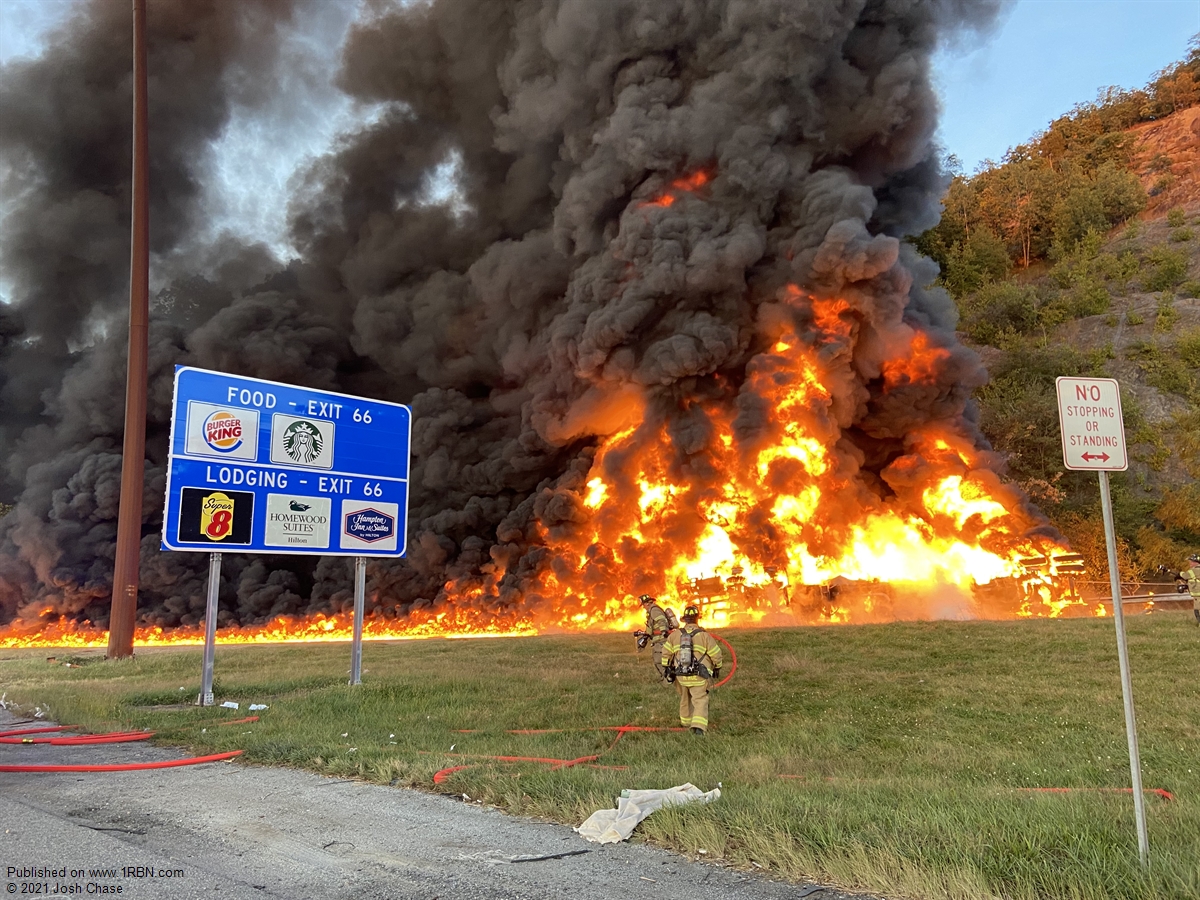 At 0643 on October 2nd, 2021 all five companies of the Mahwah NJ Fire dept. were dispatched to the interchange of State Route 17 and Interstate 287, a notorious interchange known locally as “the flyover”, for a reported overturned tractor trailer with fire. Immediately after dispatch loud explosions were reported and a large black plume could be seen rapidly rising from the area.

First arriving units confirmed the vehicle to be a tractor trailer fuel tanker on its side and fully involved, with the entire fuel cargo free burning. Further complicating the situation, rivers of burning product were also reported to be spreading hundreds of feet down the highway and into storm drains, and the fire was advancing through the nearby brush.

Due to the volume of fire, PD units immediately closed both highways in both directions and multiple Mahwah engines laid in to support the fire attack, which was started with master streams to contain the spreading fire until foam units could arrive on scene.

Numerous mutual aid units from both Bergen and Rockland counties were dispatched for manpower and foam, and the UASI foam task force was activated to assist.

As the foam attack started to darken down the burning product, HAZMAT teams from Bergen County HAZMAT and NJ State DEP checked storm drains and nearby waterways for contamination and to mitigate any further spread. State Forest Fire Service also sent hand crews into the woods adjacent to the highway to extinguish the brush fires.