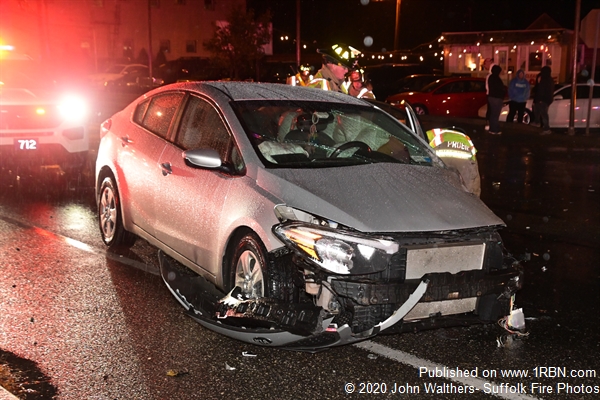 Photo by John Walthers- Suffolk Fire PhotosMastic Firefighters work to clean up alot of debris after a multi vehicle crash during the rain on Friday Oct 16. 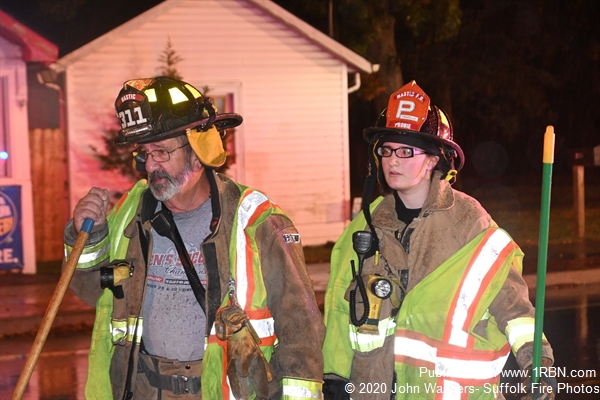 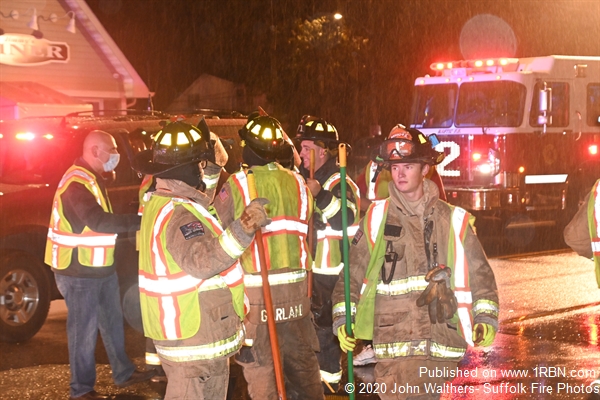 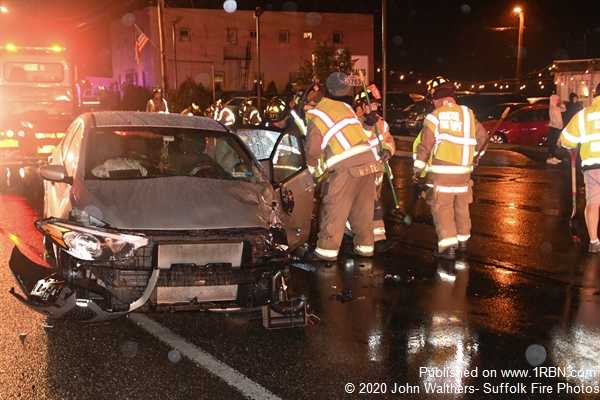 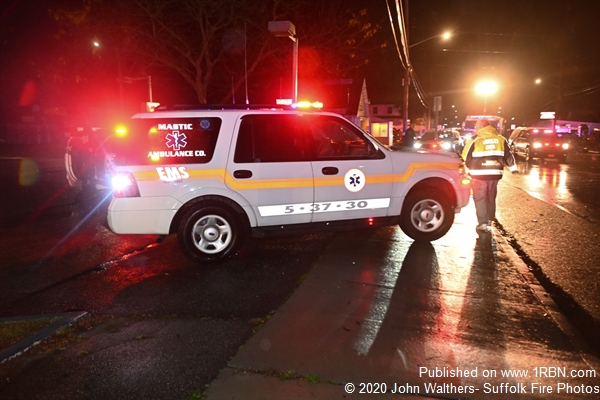 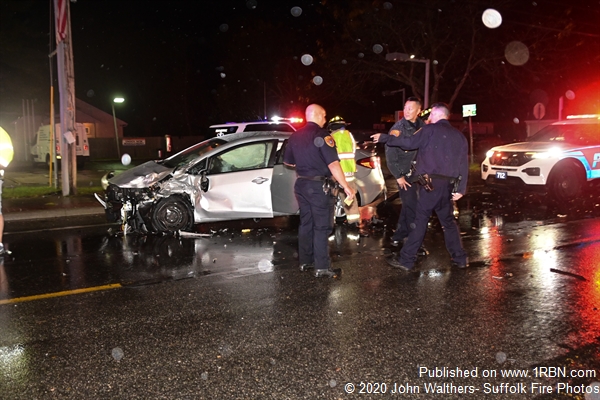 Mastic, NY- On October 16th at about 7:10 PM the Mastic Ambulance was activated for a vehicle crash at Montauk Hwy & Vernon Pl. On arrival they found a multi vehicle crash and heavy debris and fluid spills in the roadway. The Mastic FD was activated a few minutes later to respond to the scene.

The fire department Under the command of Chief Rudy Sunderman responded to the scene. While they were responding to this call they also had another call for another crash but based on the assessment of the scene and details he was receiving from fire-com chief Sunderman requested the first unit on the air to come into this scene. Sunderman directed additional units accordingly so that both scenes could be covered. A total of 2 engines, a rescue truck , mini rescue and 2 Fire Police units responded to this scene. The firefighters were put to work removing debris from the roadway and securing multiple vehicles. Speedy dry was also applied to to absorb any fluids.

Firefighters worked in the rain and also secured the batteries on the vehicles that needed to be secured.
Mastic Ambulance transported multiple patients to local hospitals for treatment of their injuries. Montauk highway was closed in both directions in the area of the scene for an extended period of time while emergency crews operated.