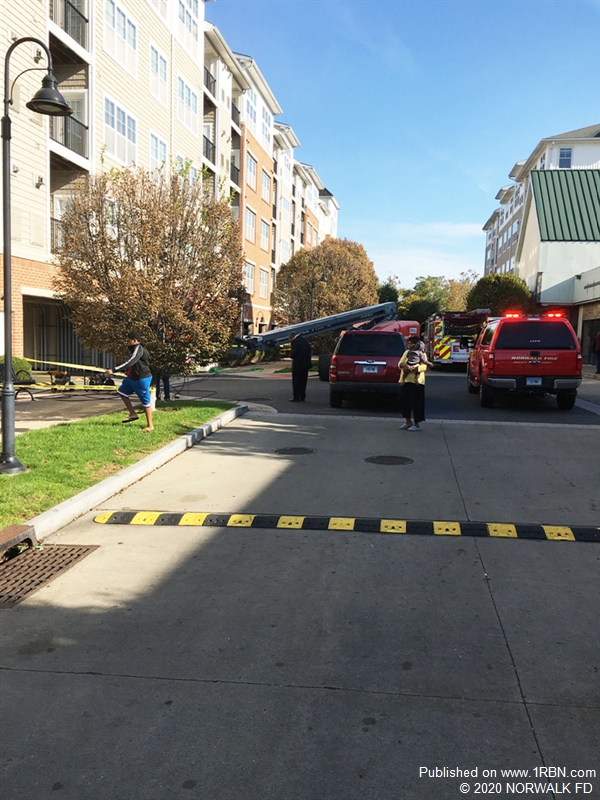 Norwalk, CT - Norwalk Firefighters responded to an apartment fire on the morning of October 15th at the Avalon Apartments, 26 Belden Avenue. The reported fire came in along with the building alarm at 9:12 A.M.

Firefighters made their way to apartment 1103 and found a small fire in the master bedroom of the two bedroom apartment. The fire was held in check by the sprinkler system and then completely extinguished by firefighters. The occupants of the apartment, a mother and child age 11, were evaluated by Norwalk Hospital Paramedics and refused transport to the hospital.

Firefighters diverted the sprinkler water out an apartment window, as the sprinkler system was being shut down to limit water damage, which was confined to the apartment and the parking garage below. Evacuated residents were allowed back into the building at 10:30 A.M., once the alarm system was silenced. Building maintenance is working to restore the systems.

Fire Inspectors David Burrows and Dale Roos are investigating the cause of the fire. Four engines, two trucks, a rescue and a command vehicle responded to the incident.