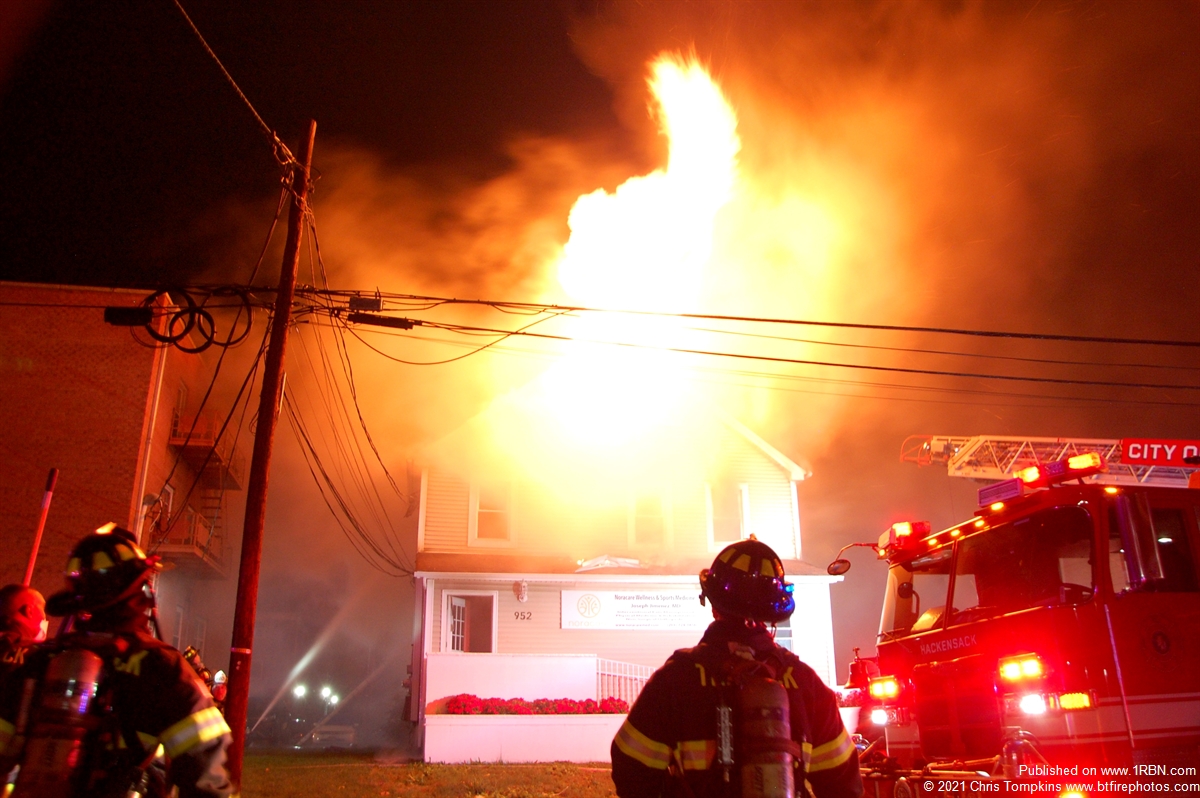 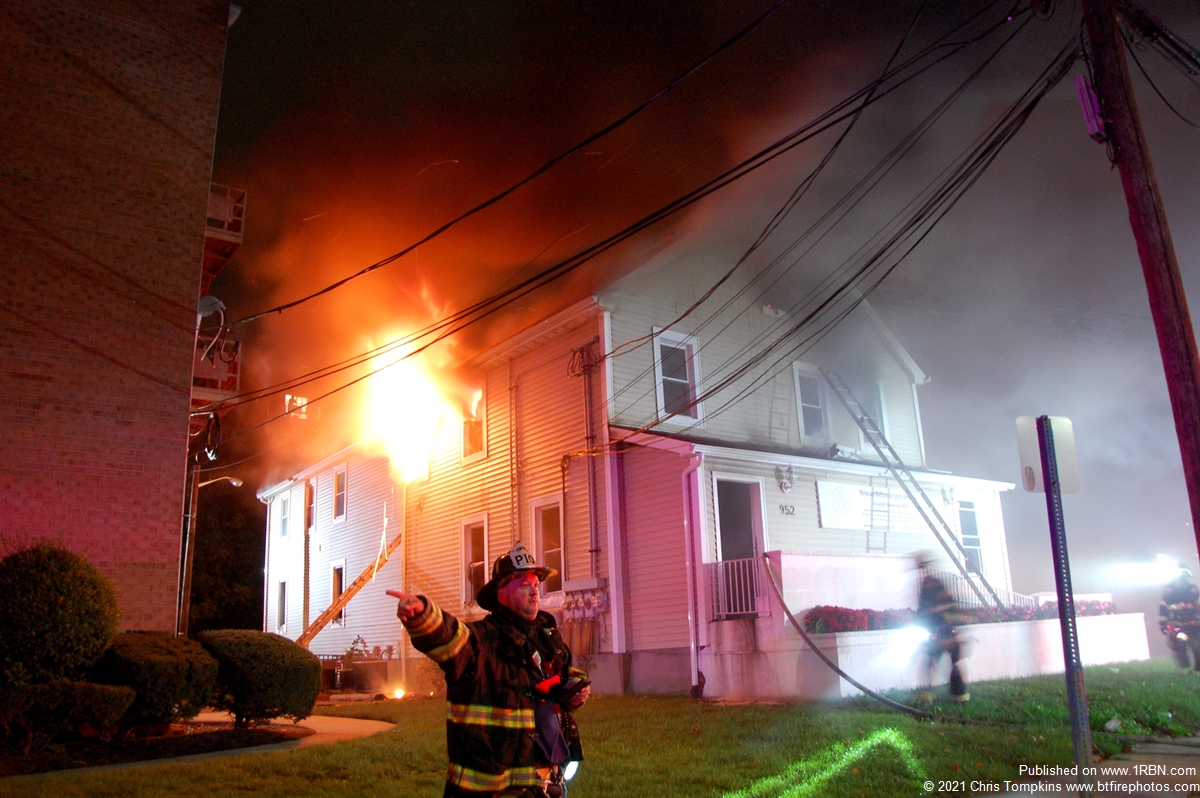 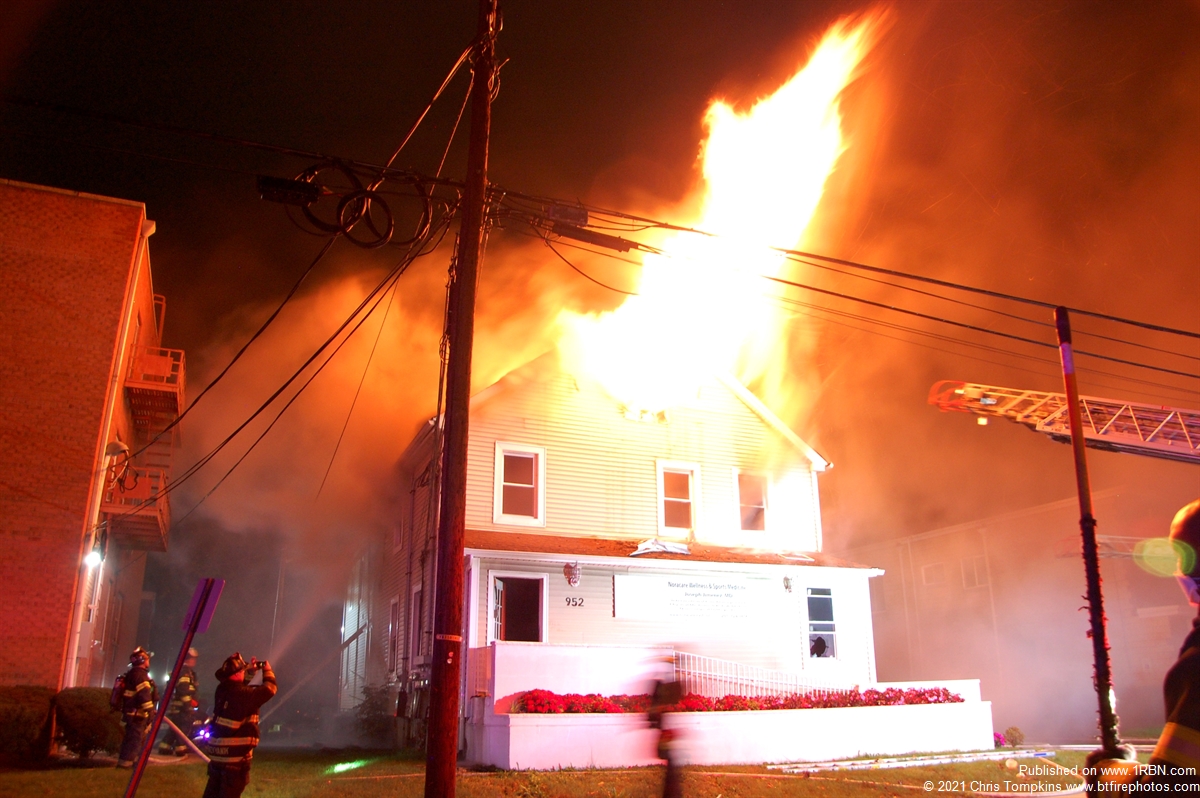 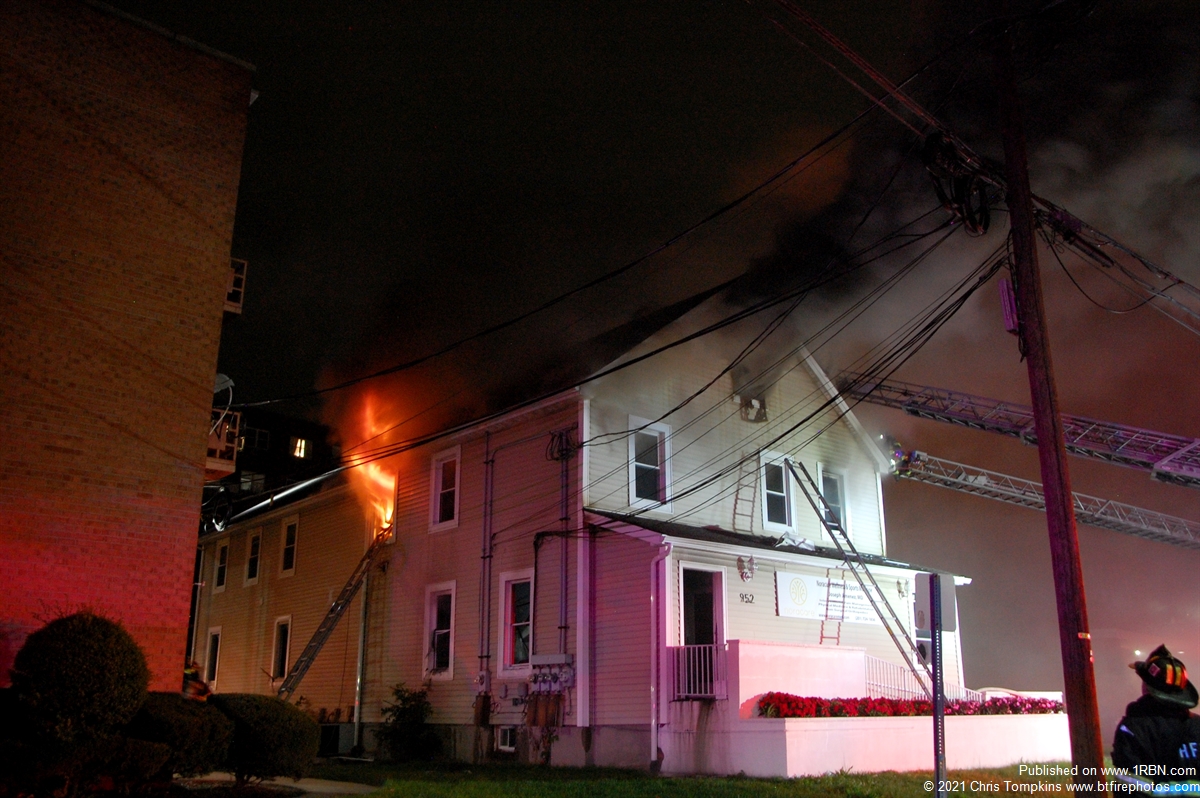 Companies stretched multiple hand lines into the building to continue extinguishing the fire that was burning between the floor and the ceiling. During the initial fire attack part of the drop ceiling came down on some of the members operating. Heavy fire conditions extended to the second floor and attic via interior void spaces. Command evacuated the fire building and transmitted the third-alarm, bringing in additional Hackensack companies, and Bogota and Ridgefield Park to the scene.

Master streams were placed into operation to knock down the heavy fire in the attic and second floor. After the bulk of the fire was knocked down, members re-entered the building to continue overhauling and checking for hotspots. Hackensack Fire Prevention will conduct the investigation, but at this time the fire does not appear to be suspicious in nature. There were no reported injuries.

(We would like to thank our mutual aid companies for their assistance at the scene and covering the city.)