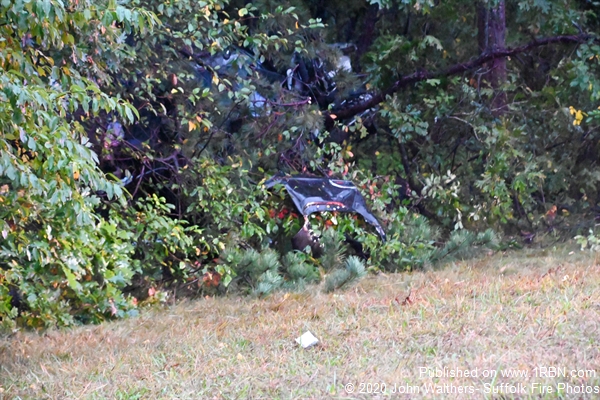 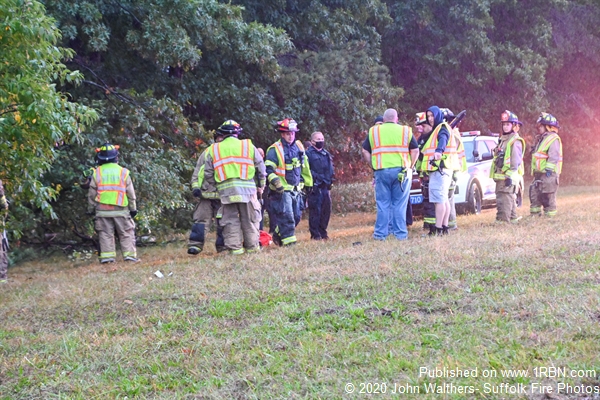 Photo by John Walthers- Suffolk Fire PhotosMastic Firefighters along with police at a serious crash on October 12th. 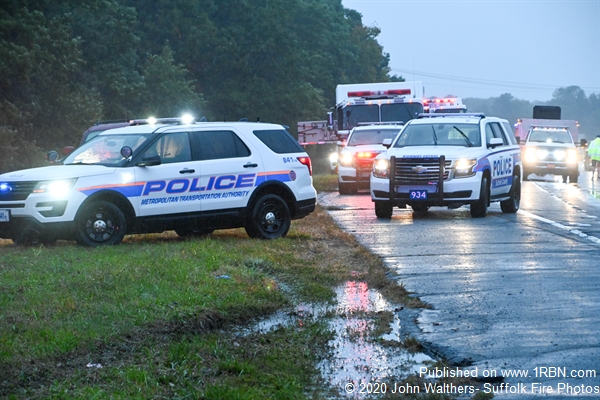 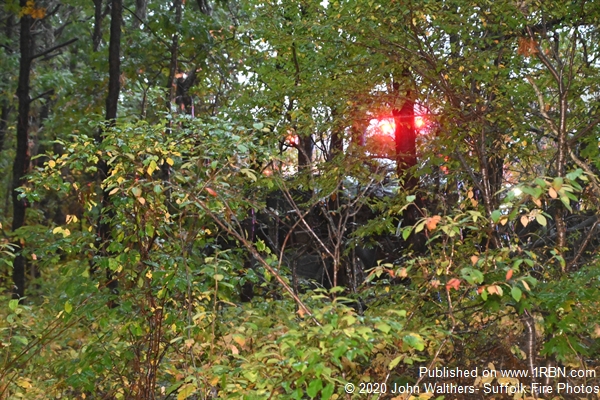 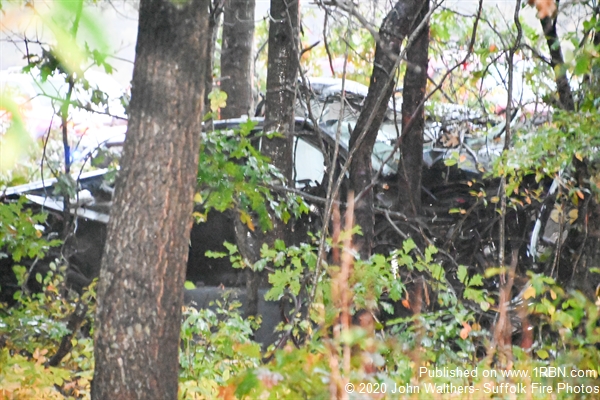 Mastic, NY- At 1737 hours on October12th Mastic Fire dept was activated for a report of a vehicle crash with overturn heavy rescue reported on Sunrise highway eastbound East of William Floyd Parkway. Chief Rudy Sunderman was in charge of the scene.

Engines 2, 3 and Rescue 10 were called to the scene as was assistant Chief Martucci and fire police 80. Firefighters found the vehicle in the woods the driver was able to be removed prior to arrival of the first engine. Firefighters however did have to go into the woods and secure the vehicle and cut the battery. The driver was taken to an awaiting ambulance and members of the Mastic Ambulance company took him to the hospital for what police described as serious injuries. MTA police and Suffolk County Police 7th precinct and Highway Patrol were all on scene the scene was turned over to police to conduct their investigation.