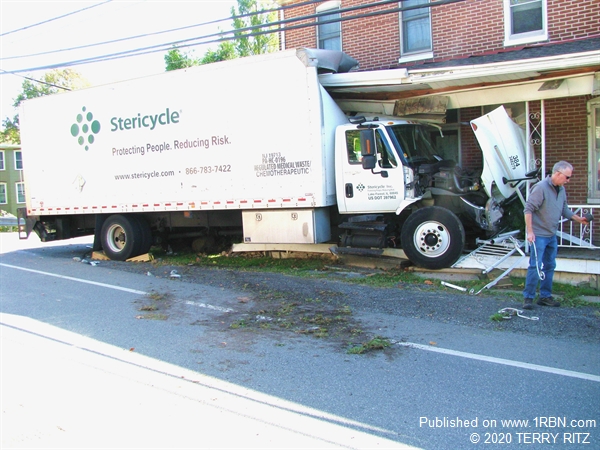 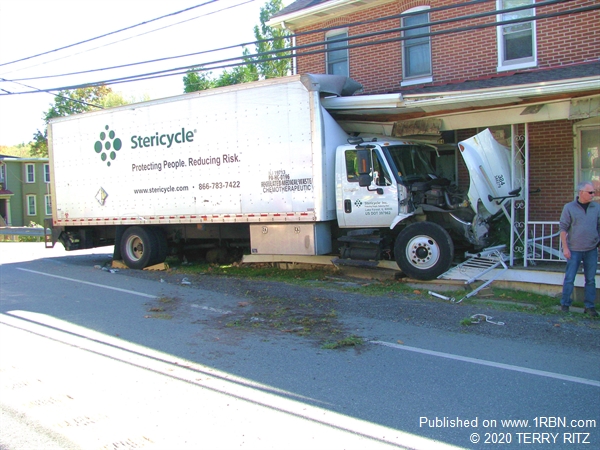 Upper Hanover Twp., PA - On Wednesday, October 14th at 1:15 P.M., East Greenville Fire Co. was dispatched to stand by at an accident on Gravel Pike, between Palm Hill Road and Station Road in the township. A box truck hit an Upper Hanover Twp. backhoe on Gravel Pike and slammed into the front porch and front porch roof of the house on the corner of Gravel Pike and Palm Hill Road. There were no injuries reported. The cause of the accident was not available. Assisting the fire company were Fire Police from Pennsburg, East Greenville and Hereford. Also assisting were PA State Police.