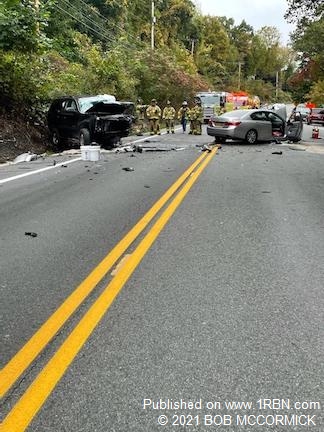 TOWN OF CORNWALL, NY - The New York State Police are investigating a fatal hit and run that occurred on October 10, 2021 at approximately 12:20 P.M. on State Route 32 in the town of Cornwall.

Investigation revealed that a 2013 Honda Accord was traveling North and crossed over in the Southbound lane and struck a 2010 Chevy Tahoe head-on. The operator of the Tahoe, Dr. John C. Hordines, Jr., age 54 of New Windsor, was pronounced deceased at the scene.

This is an ongoing investigation.