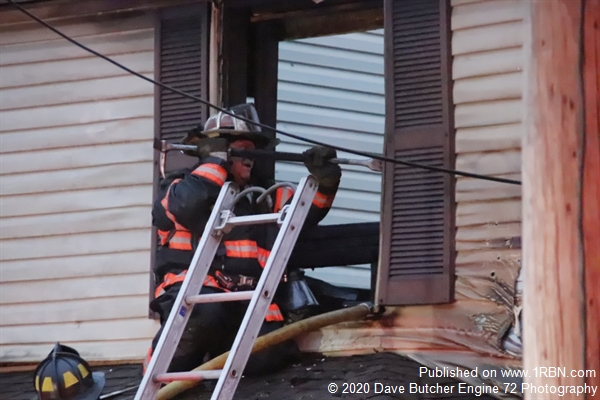 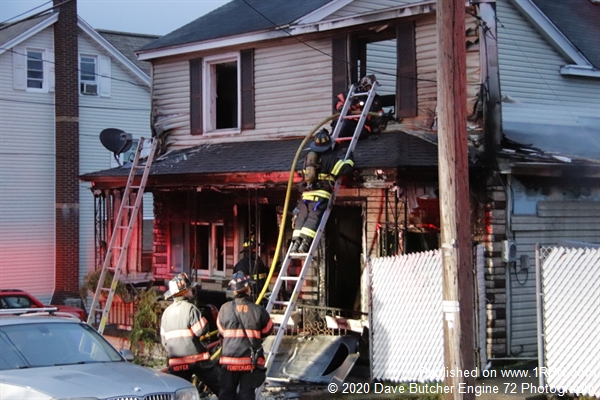 Photo by Dave Butcher - Engine 72 PhotographyHazleton Firefighters wet down the roof area of 897 North Vine Street after a kitchen fire. 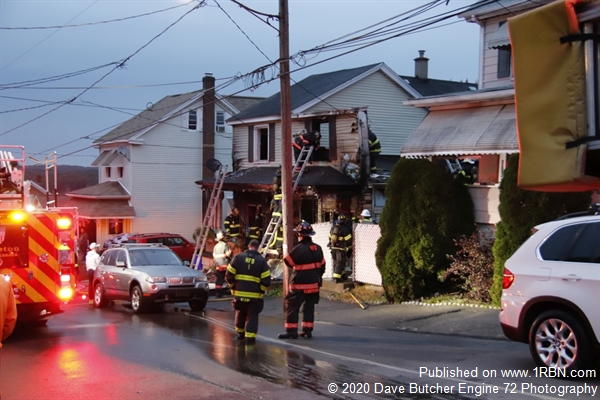 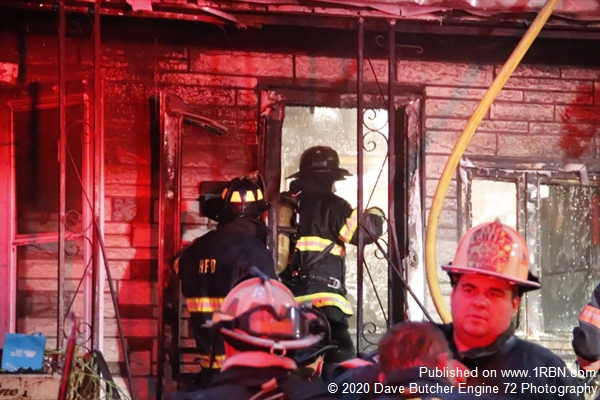 Hazleton, PA - Sunday, October 11th was a busy day for Hazleton firefighters as they responded to two working structure fires less than 12 hours apart. The first one on E. Diamond displaced five people. The fire, which was caused by an electrical issue in the basement, was put out within 10 minutes by Hazleton firefighters. Due to the power being cut to the building the residents were forced to leave their home.

The second fire occurred in a double home located at 879-899 North Vine Street, and was caused by unattended cooking. They fire department had the fire out within 10 minutes of arriving on scene. The city responded with five rigs to the fire.

Firefighters checked the roof above the 897 N. Vine Street unit to ensure that the fire had not spread to the attic area or the wall to the second unit. No injuries were reported, and the American Red Cross assisted all of those affected by the fire.