Firefighters Save Barn in Rush 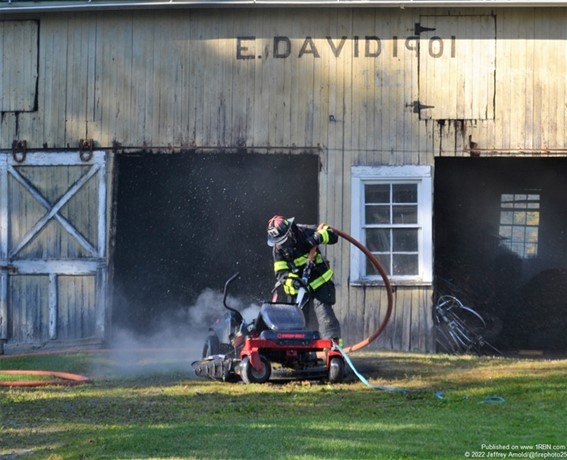 Photo by Jeffrey Arnold/@firephoto25Firefighters remove and extinguish a burning lawnmower from a barn in Rush. 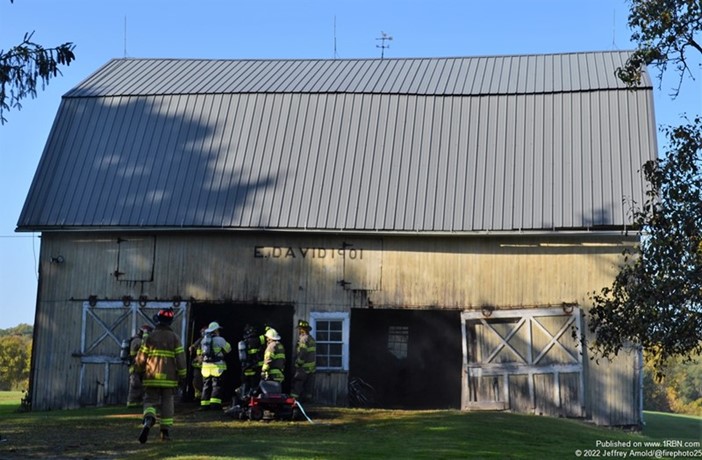 RUSH, NY - On October 11th at 3:38 P.M., firefighters from Rush, Honeoye Falls and Henrietta responded a barn fire at 902 Rush-West Rush Road. A Rush F.D. Lieutenant who lives in the area was first to arrive on scene and pulled a burning riding lawnmower out of the barn. Engine 582 arrived shortly after and was able to extinguish some minor extension of the fire in the barn and the mower. Mendon FD filled in at Rush Station 1 during the incident. There were no injuries. Also assisting at the scene were the Monroe County Fire Bureau, Monroe County Sheriff's Office and CHS Ambulance.