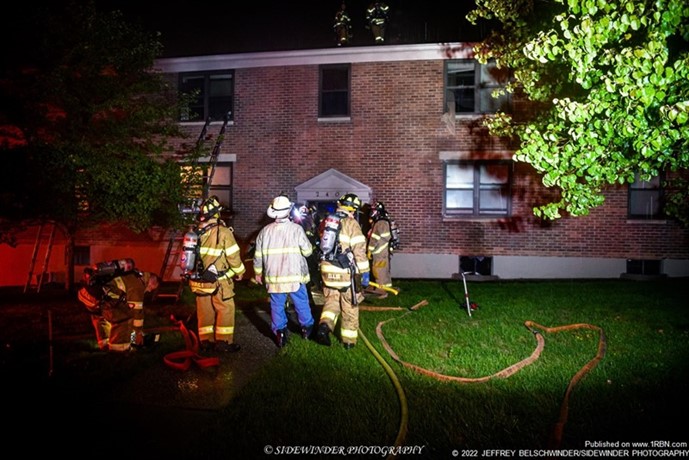 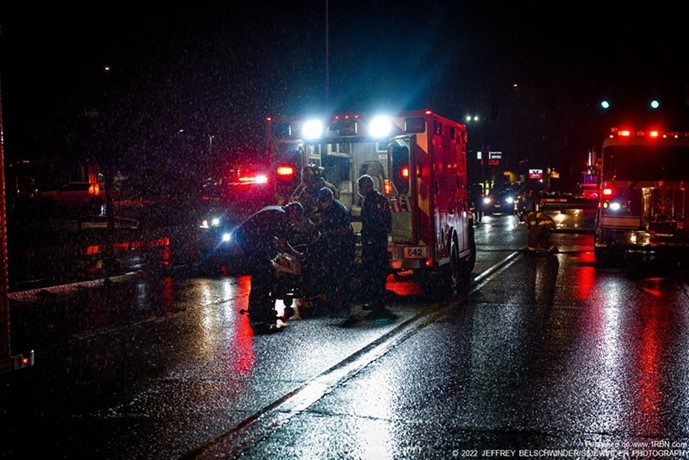 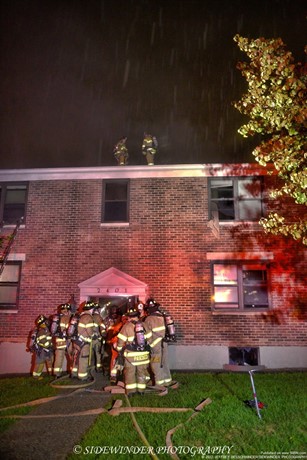 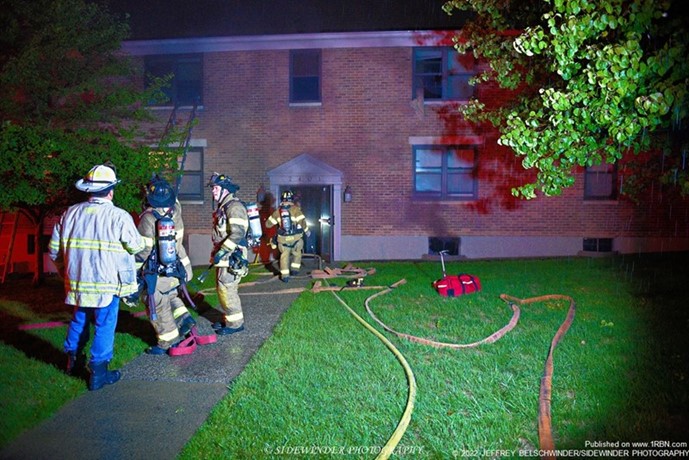 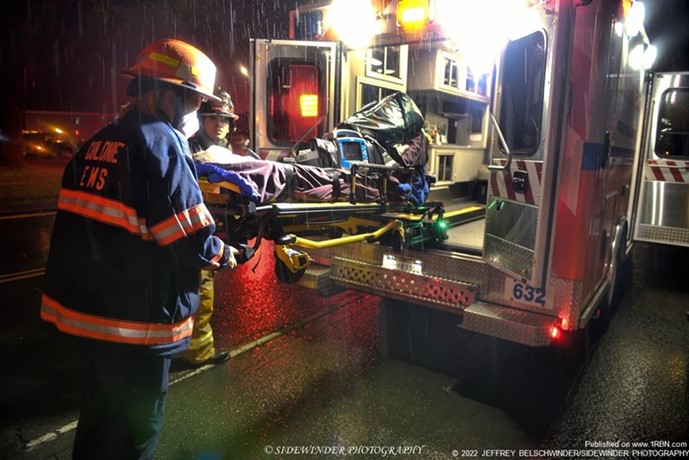 Troy, NY - On Monday, September 5, 2022, at 8:12 PM, multiple calls rang into the Rensselaer County Emergency Communication Center for a reported structure fire at the Troy Garden Apartments on 21st Street. Multiple callers reported the structure was on fire.

As Engine two, engine four, engine six, engine three, the rescue squad, truck two, truck one, and the battalion chief was racing to the scene the dispatcher notified the battalion chief that they are taking numerous calls for people jumping from the second-story windows. Medic three at station twos fire house just switching crews jumped the call after hearing multiple people are jumping from the windows of the apartment building. On arrival the first arriving unit had heavy smoke showing from the structure and immediately transmitted the signal thirty for a working structure fire. Upon arrival command had multiple people laying in front of the building that had jumped from the windows and heavy smoke still pushing from the structure.

Medic three arrived on scene and took the most critical fire victim to Albany Medical Center and Command requested the second alarm to be transmitted as they had a large garden style apartment with multiple unknown occupants still inside the building. Normally the second alarm for the City of Troy brings the Watervliet Arsenal Fire Department and the City of Albany's Fire Department to the scene, but due to ongoing calls in the City of Albany the Albany Fire Department notified the dispatcher they were not available, and the dispatcher requested the City of Cohoes Fire Department, and the City of Watervliet Fire Department to the scene. Firefighters from the next arriving engine company back laid across Hoosick Street with the large diameter hose to the nearest hydrant. Command Requested the police department to shut down Hoosick Street. Firefighters from Engine two immediately deployed an inch and three-quarter hand line in to the structure and additional firefighters began to search the upper floors as they had thick heavy smoke throughout the structure. Command requested additional ambulances to the scene as they had multiple people down in front of the structure. With the city of Troy‘s medic rigs tied up on fire suppression efforts on scene and blocked in by the LDH across Hoosick Street as the city is only staffed with 24 firefighter/paramedics per shift. The other ambulances in the city of Troy out of service on medical calls and medic one out of service due to cross staffing purposes with the truck company.

One of the victims from the fire that jumped from the windows laid in front of the structure in pain from the fall with two firefighters attending to the victim. One of the children that was tossed from a window was being held by an adult on the front sidewalk with an umbrella over his head comforting the child while they waited for an ambulance to arrive on scene to be transported to the hospital. Firefighters continued to make a push into the structure and discovered they had a working basement fire. Firefighters were able to rapidly suppress the fire and notified command that the fire was under control in the basement. Firefighters on the roof of the structure notified command that they didn’t have any heat coming from the roof just smoke from the eaves.

As firefighters worked on the victim in downpouring rain on the front lawn, command requested an updated status on the ambulances for the down victims from the fire and the dispatcher notified command that the Town of Colonie Emergency Medical Services was in route with two ambulances and a fly car for the fire victims. A short time later the ambulances arrived and quickly loaded the victims from the incident into the medic rigs and transported them to the Albany Medical Center. Firefighters began to conduct extensive overhaul of the fire scene. Multiple people from the fire were displaced. This makes the second incident unless than 30 days where firefighters from the city of Troy needed ambulances on the scene of a fire and did not have them available for fire victims.

The cause of the fire is currently under investigation at this time by the city of Troy. The victims from the fire are currently all at Albany Medical Center recovering from their injuries.