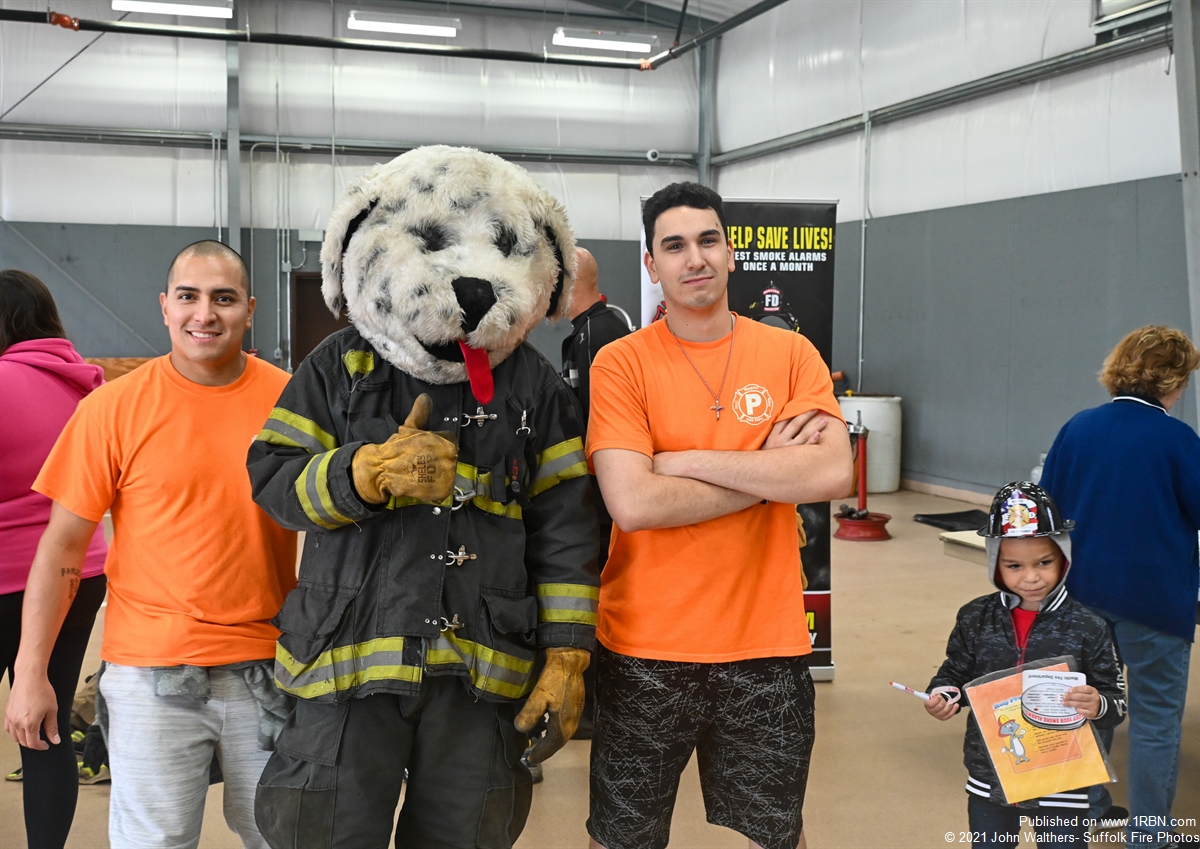 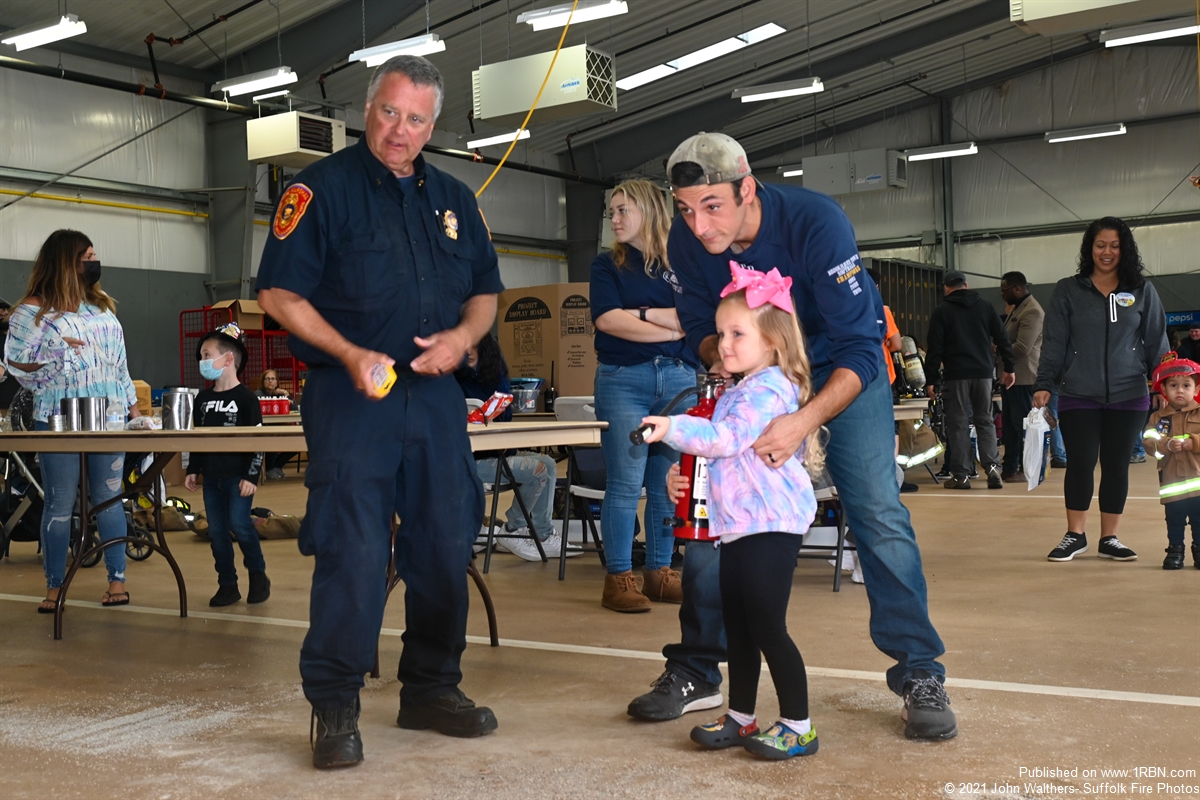 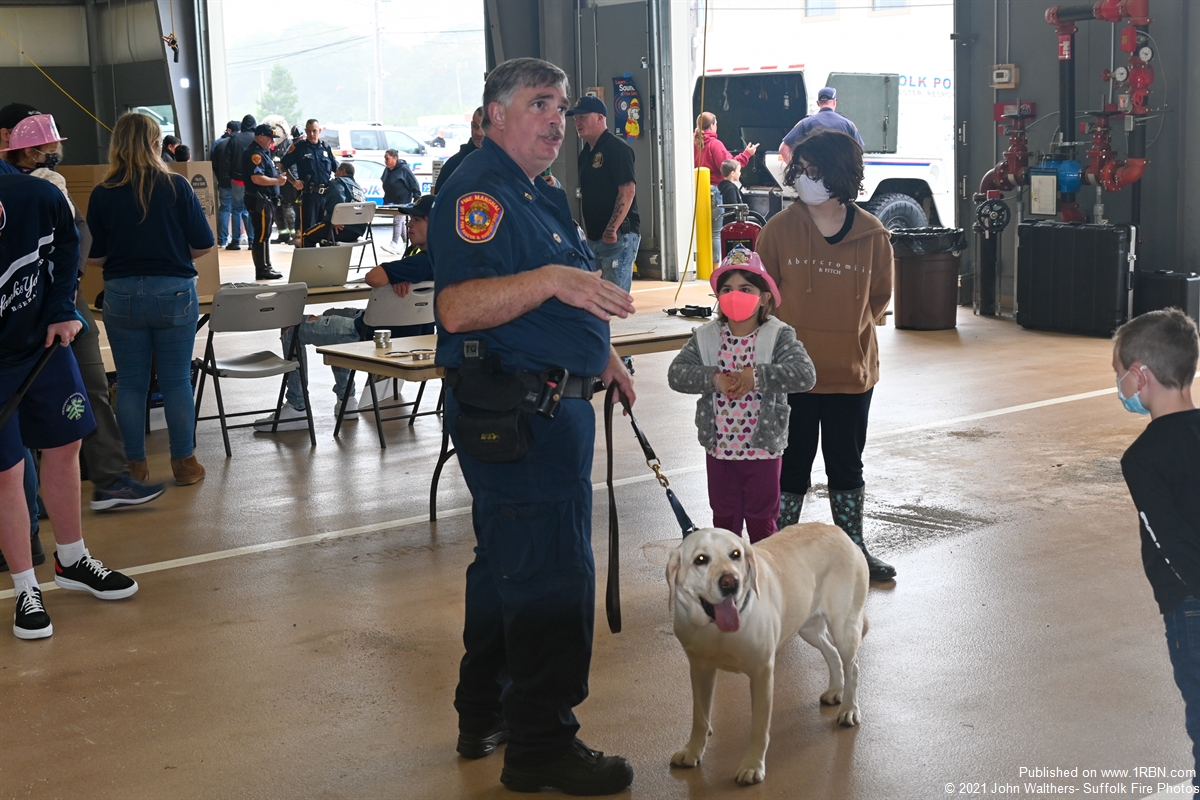 Photo by John Walthers- Suffolk Fire PhotosSuffolk County Fire Marshal Brett Martinez and K-9 Sasha put on a demonstration for the kids on how K9s operate. 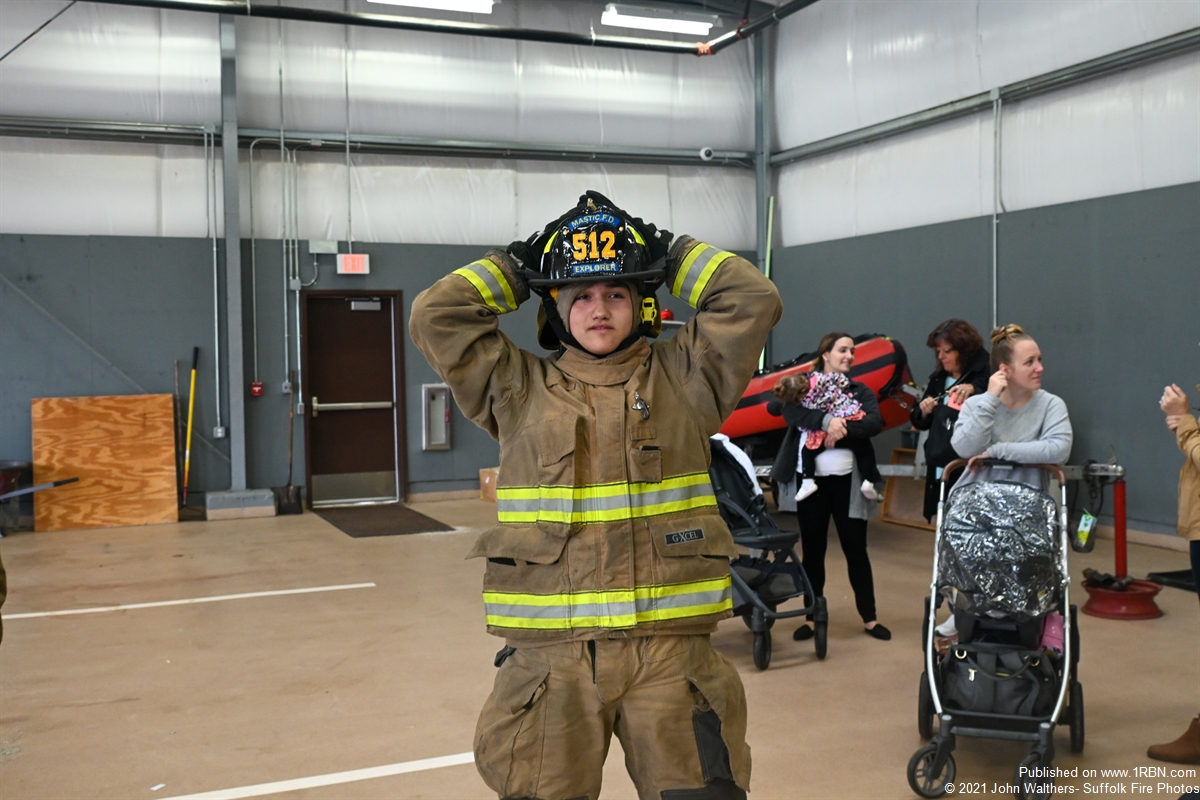 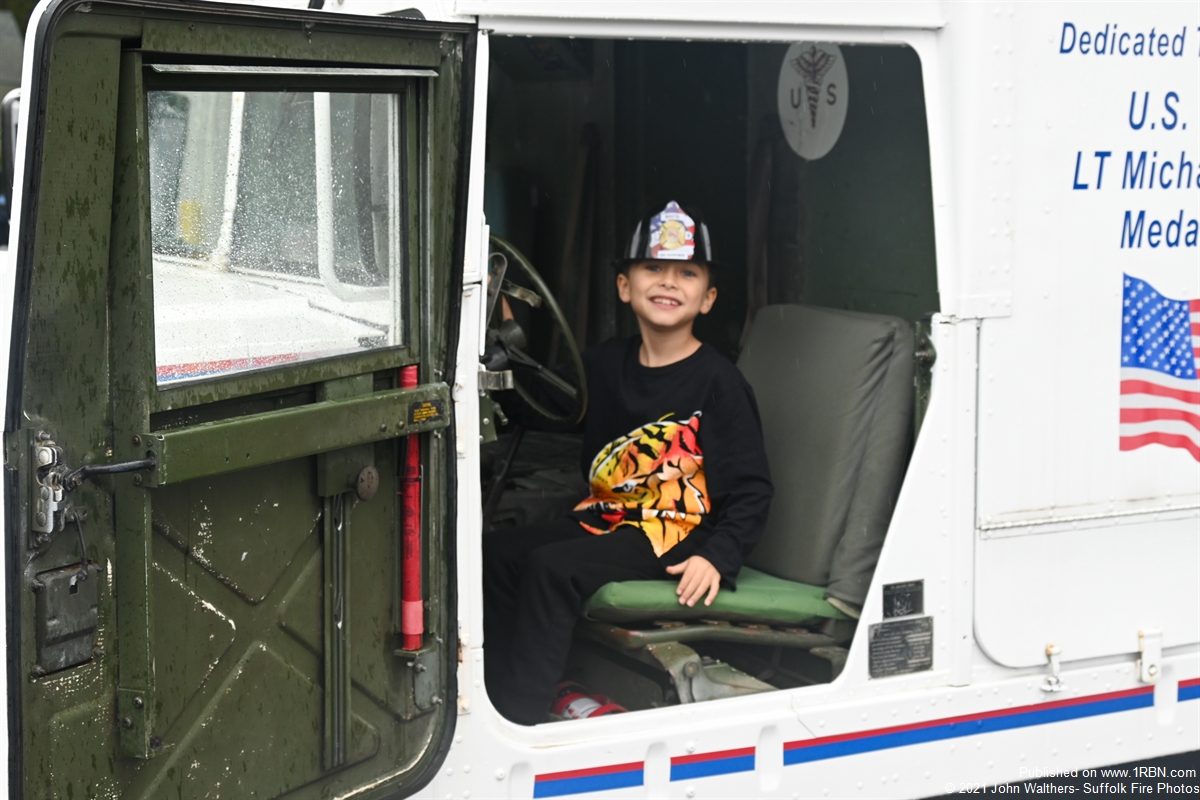 Photo by John Walthers- Suffolk Fire PhotosKids from the public as well as firefighters kids were able to sit inside this police hummer from the Suffolk County Police . 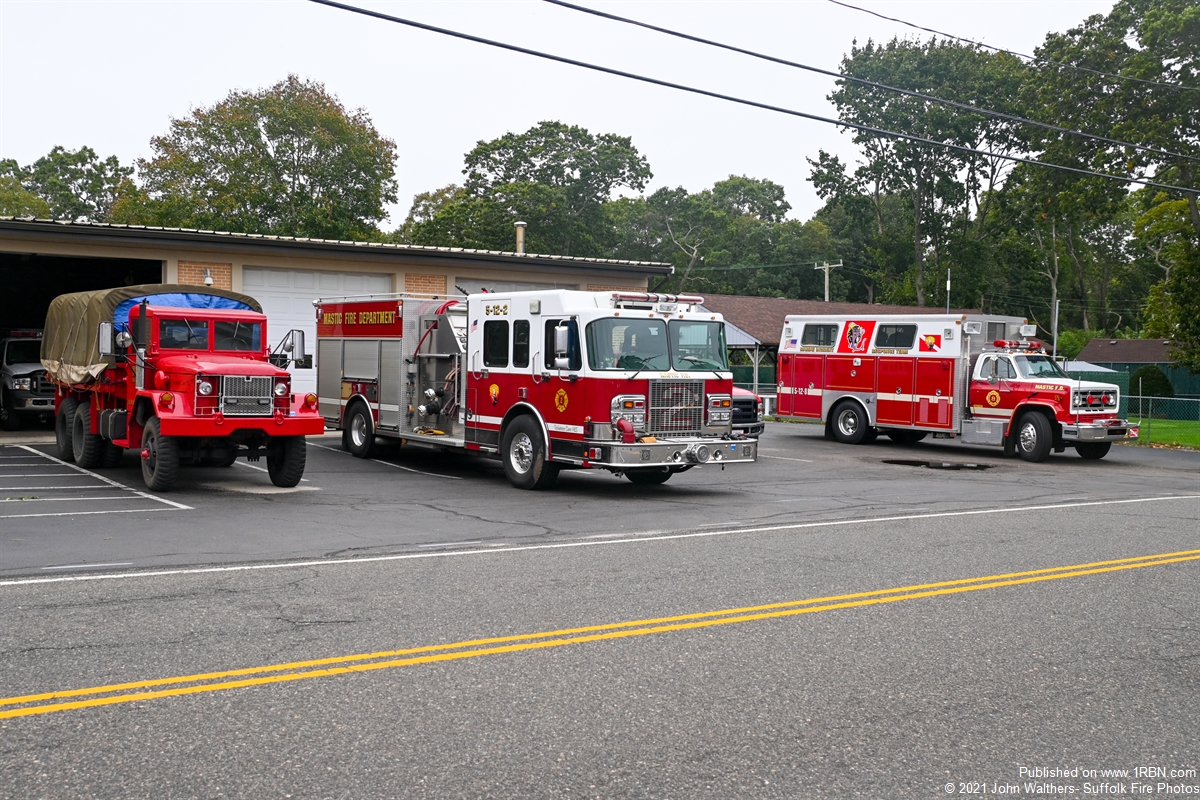 Photo by John Walthers- Suffolk Fire PhotosMastic FD had multiple fire trucks and other apparatus on display outside at their open house. 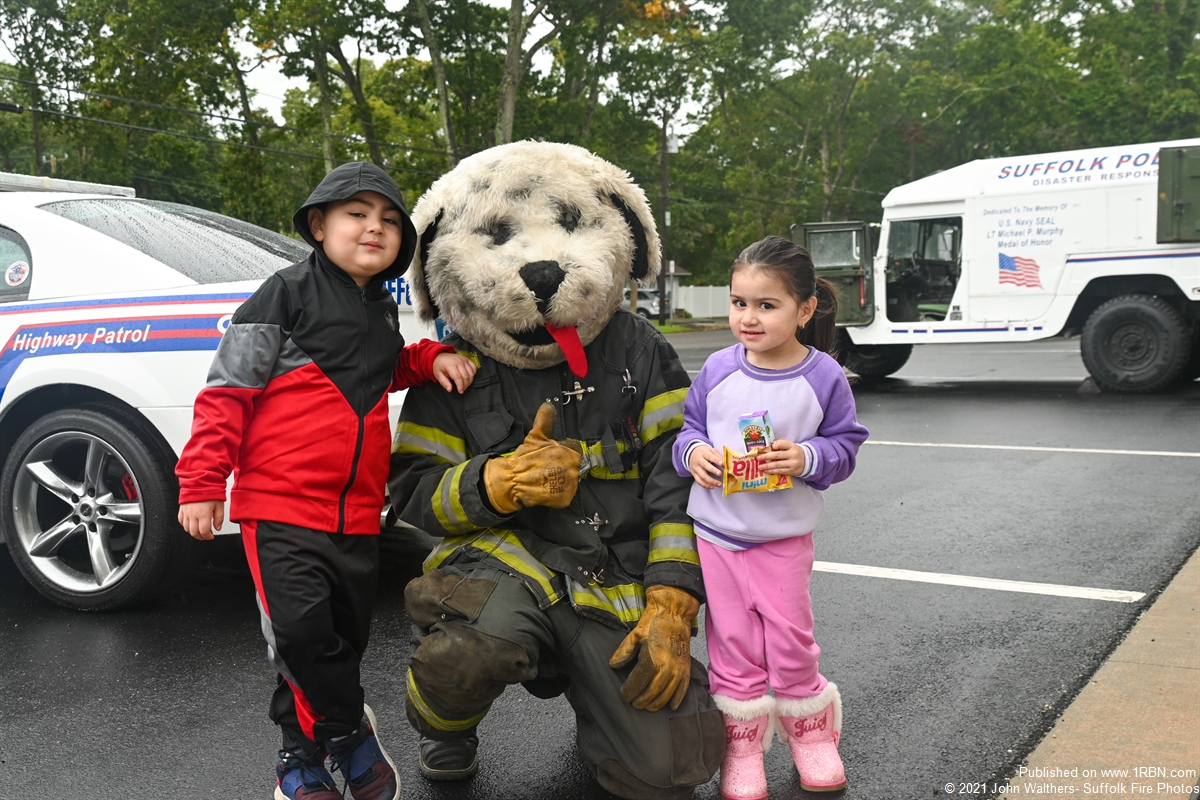 Photo by John Walthers- Suffolk Fire PhotosSparky the Firedog hanging out with some Kids. 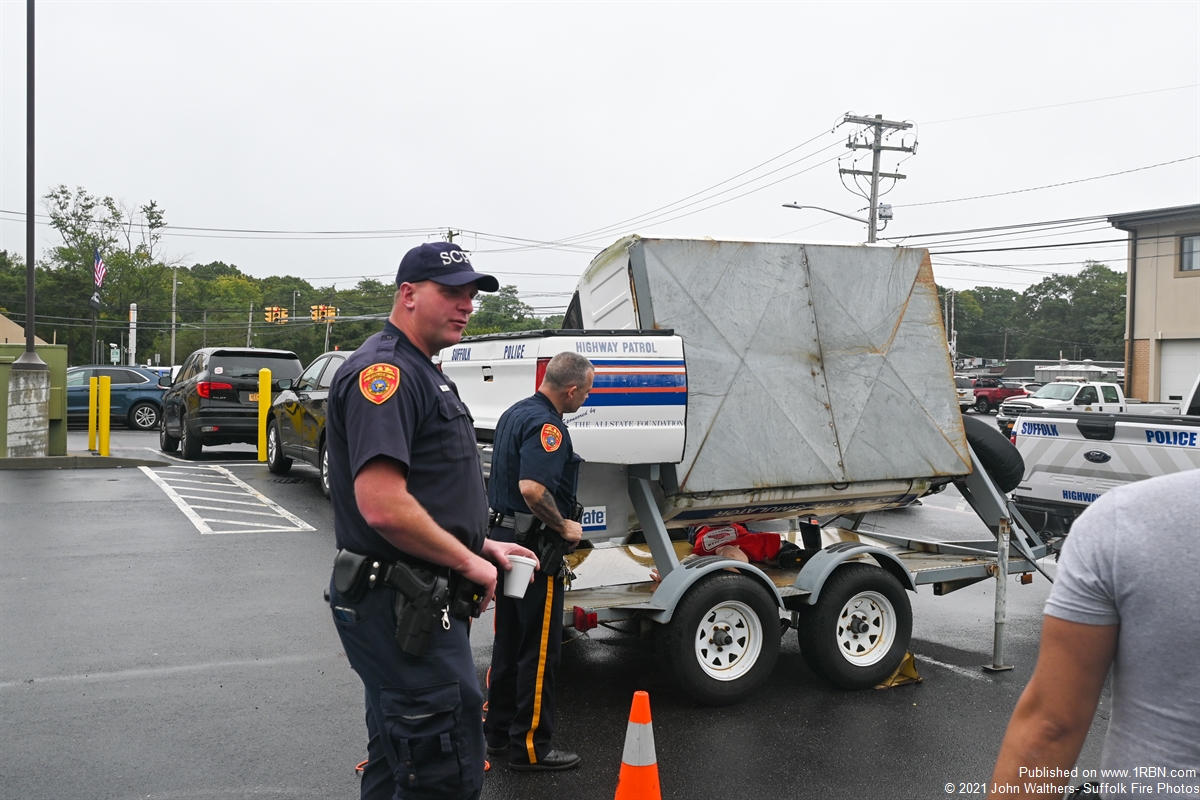 Photo by John Walthers- Suffolk Fire PhotosSuffolk Police explain the dangers of not wearing a seatbelt and demonstrate using the departments Rollover simulator.

Mastic N.Y.- On Sunday October 10th the Mastic fire department held its Fire Prevention Open House for 2021 despite some gloomy rain and clouds. After taking a year off from holding an in person even due to Covid restrictions this year the department chose to bring back an in person event as opposed to the virtual event. Members of the community were invited down to see some of the department’s trucks as well as aspects of firefighting equipment like SCBA and Scott packs, Halligans …etc. They were able to ask questions of the members as well as build their own chief’s cars or boats thanks to Home Depot workshop kits. Suffolk Fire Marshal Brett Martinez and his K-9 Sasha gave a demonstration on show K9’s like Sasha can sniff out the stuff like accelerants used in arsons. He used multiple tools for training to show this. Another member of the Suffolk County Fire Marshals office showed kids how to use the fire extinguisher properly using one of the county training simulators.

The Mastic FD Explorers post 512 gave demonstrations on 2-minute drills and was also on hand with information on joining and a recruitment video they made for the post. The explorers is open to Youth and young adults aged 14 to 20 and they are accepting new members both boys and girls. Everyones favorite fire dog sparky came out to hang out with the children and some department members and the Suffolk Police came out to show off their rollover simulator and talk about seatbelts and how they save lives. As a additional perk the officers of the Highway Patrol unit also brought out some other vehicles a old 1990’s era Chevy Camero and 1990’s era Ford Mustang and a hummer that is used for disaster responses and snow responses as needed. Unfortunately, a car cutting demo which had been planned was cancelled due to the weather but the Children and Adults that came out still enjoyed the even with all that was available. Despite the rain the event was a big success. The department is planning visits to the local schools to teach more children fire safety and then the Fire Prevention committee will be on to planning for next yrs events after a short break.