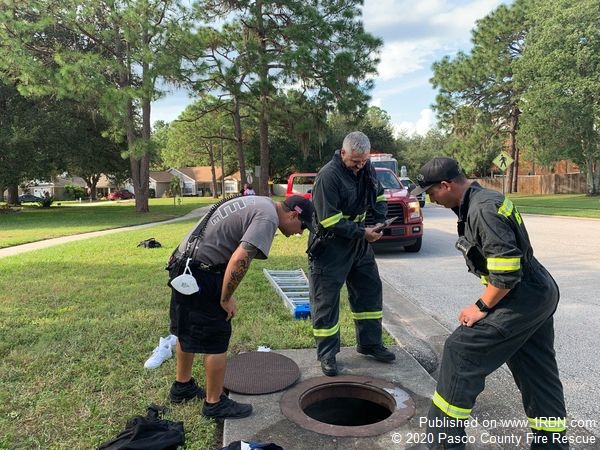 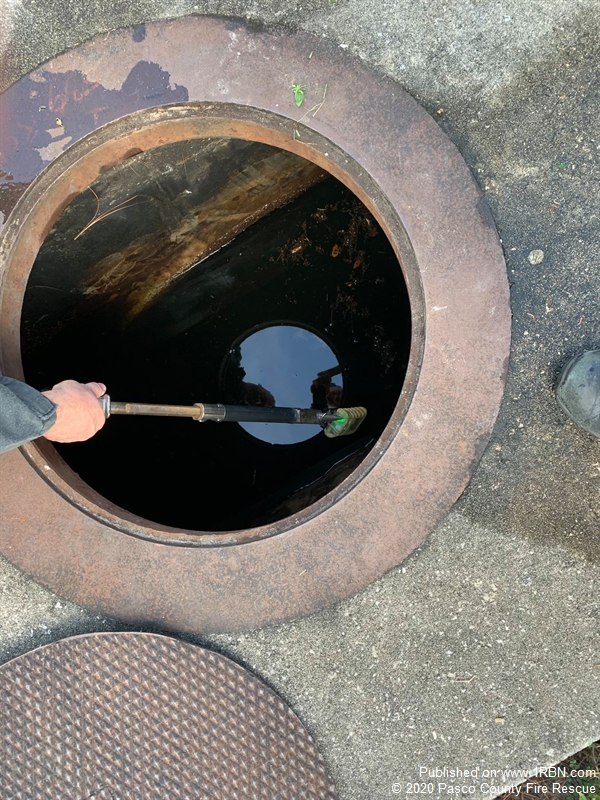 New Port Richey, FL - On October 7th, Pasco County Fire Rescue responded to a 911 call on Pemberton Dr. in New Port Richey from a passerby after a teen was found inside a storm drain. Firefighters arrived at the scene to find the teenager in waist-deep water. The teenager was walking home from the bus stop when she dropped her cell phone in a storm drain. The teen removed a manhole cover and entered to recover her cell phone. After entering the manhole, she realized she was stuck, and a passerby called for help. The teen was in the drain for approximately an hour before help was called. Firefighters were able to extricate the teen from the storm drain, cleaned her off, checked the drain for hazardous gasses, and then turned the teen over to her parents. We are thankful there were no injuries.