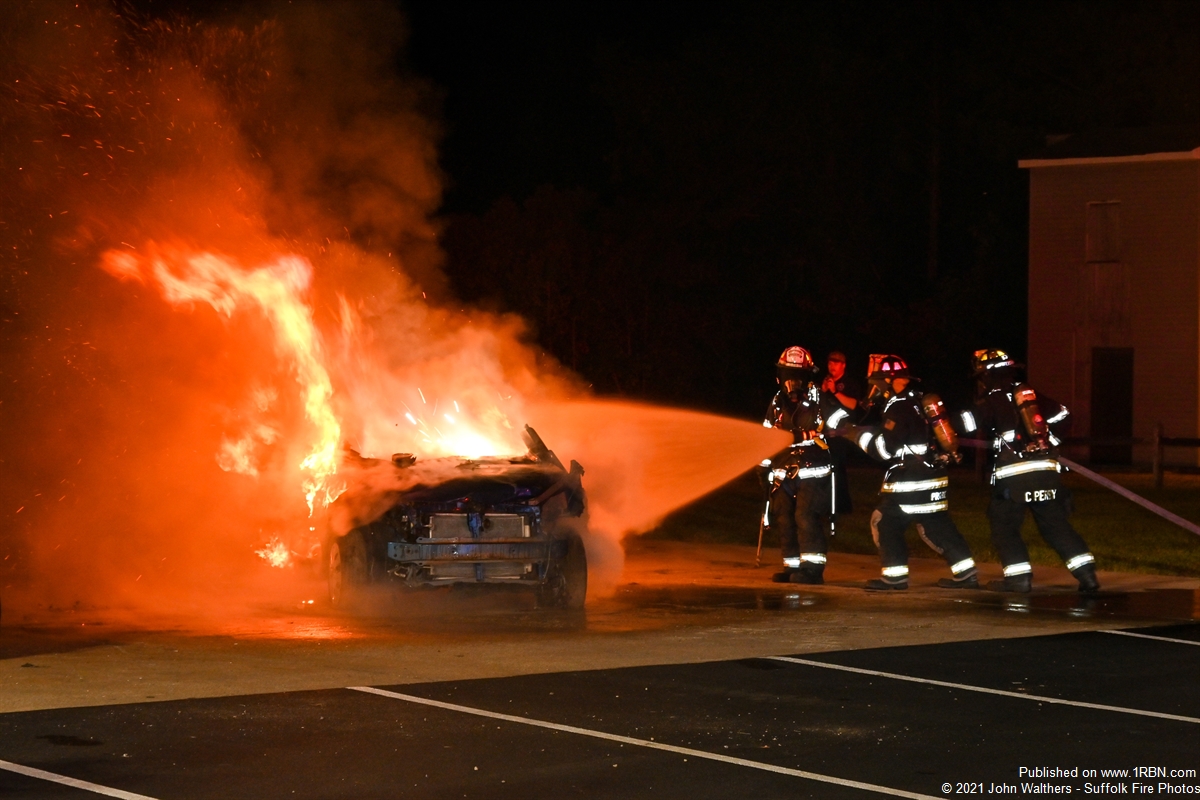 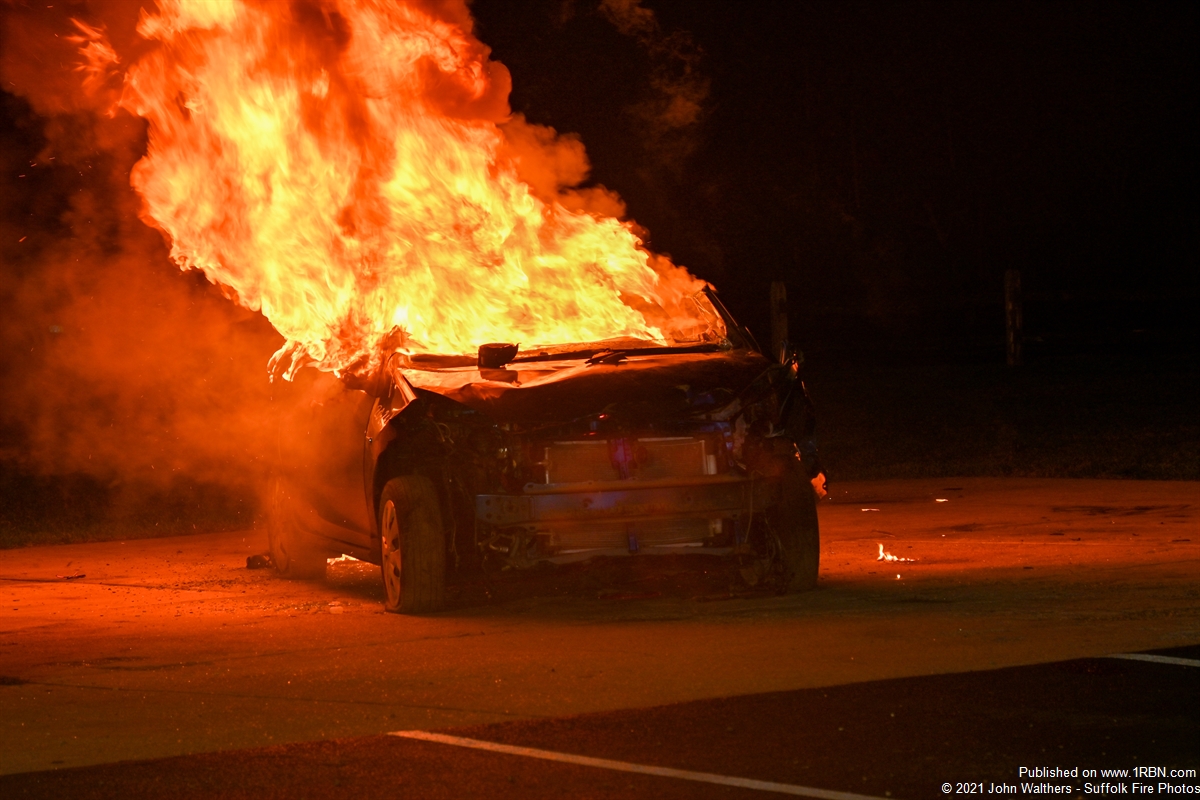 Photo by John Walthers - Suffolk Fire PhotosBroookhaven FD held fire prevention on October 8th. A car fire was one of the demonstations the department did . 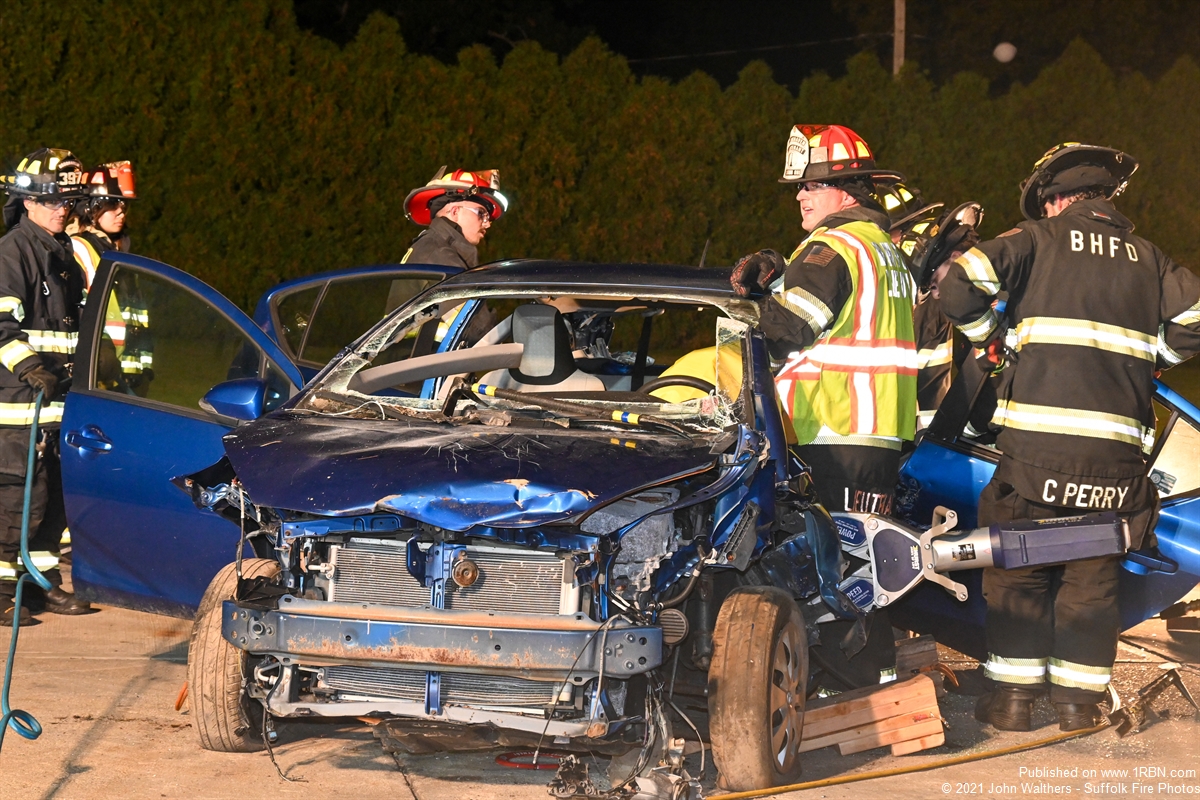 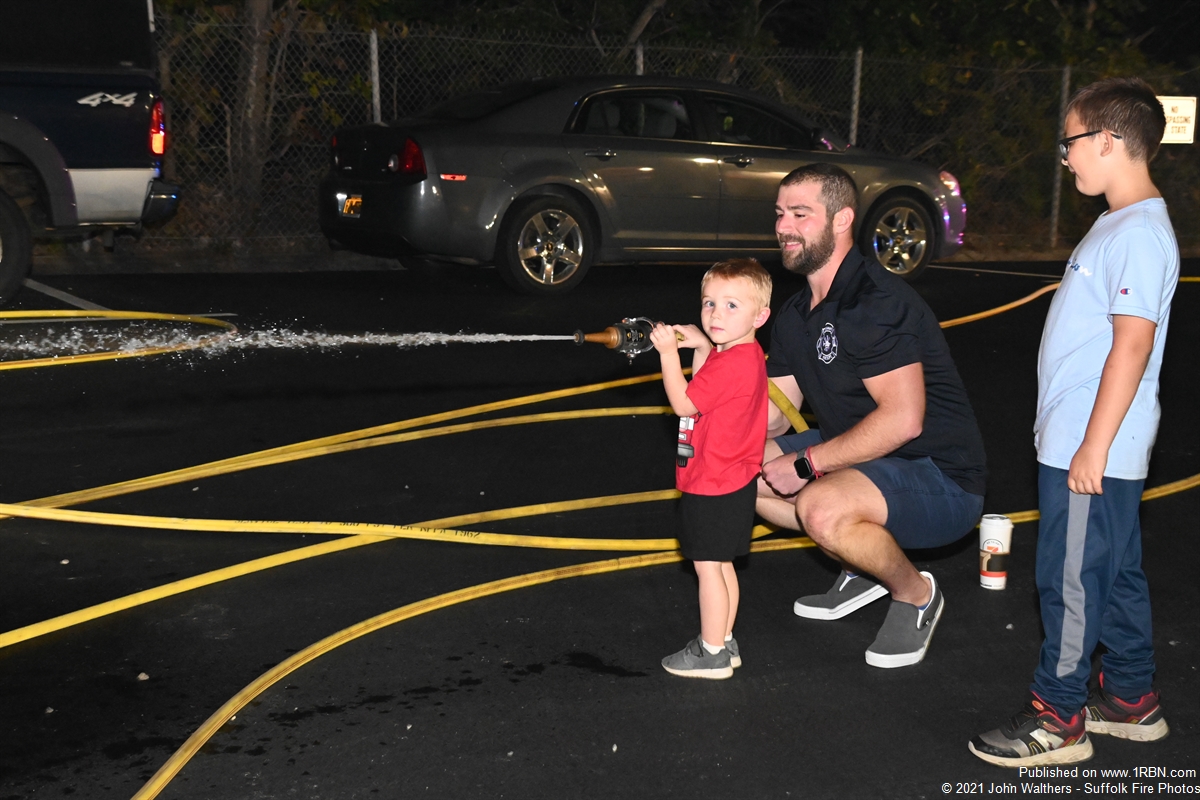 Photo by John Walthers - Suffolk Fire PhotosFirefighter Mike V. helps kid with a hose during an excersise at the departments open house. 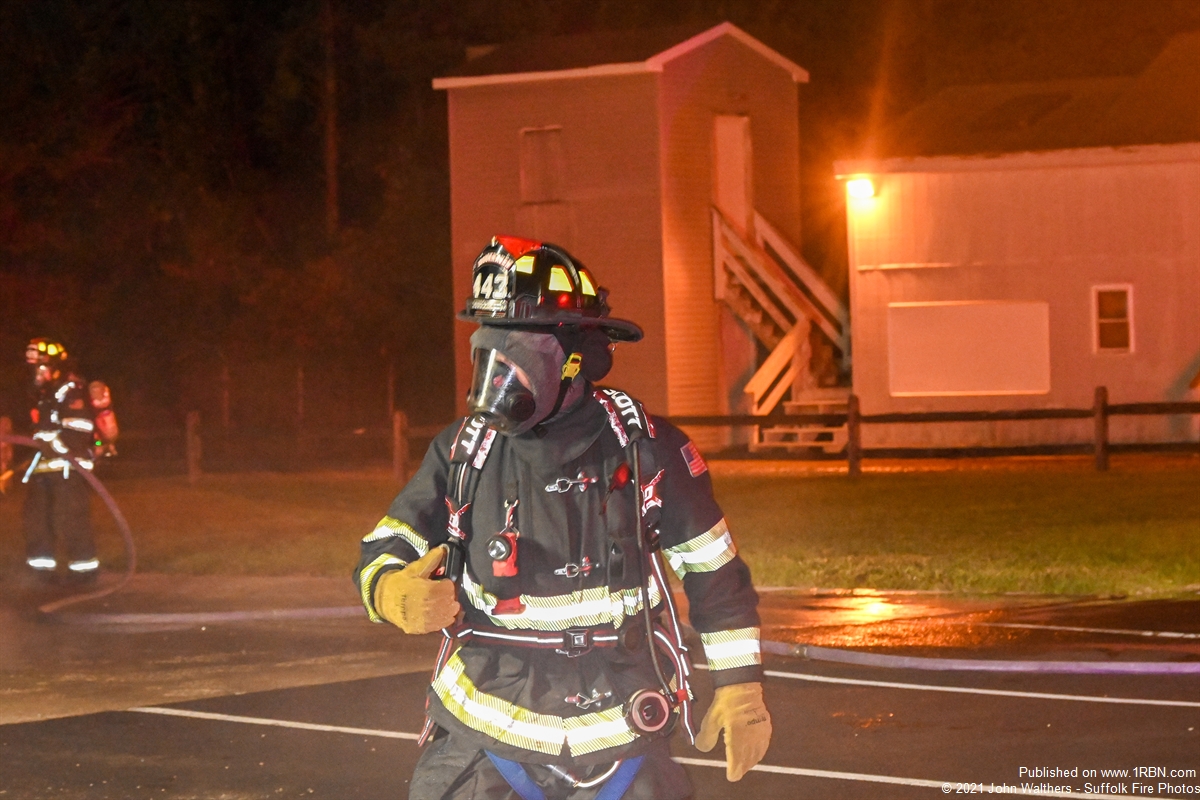 Photo by John Walthers - Suffolk Fire PhotosA firefighters heads back toward the engine during a demonstration at Brookhaven FD Open House. 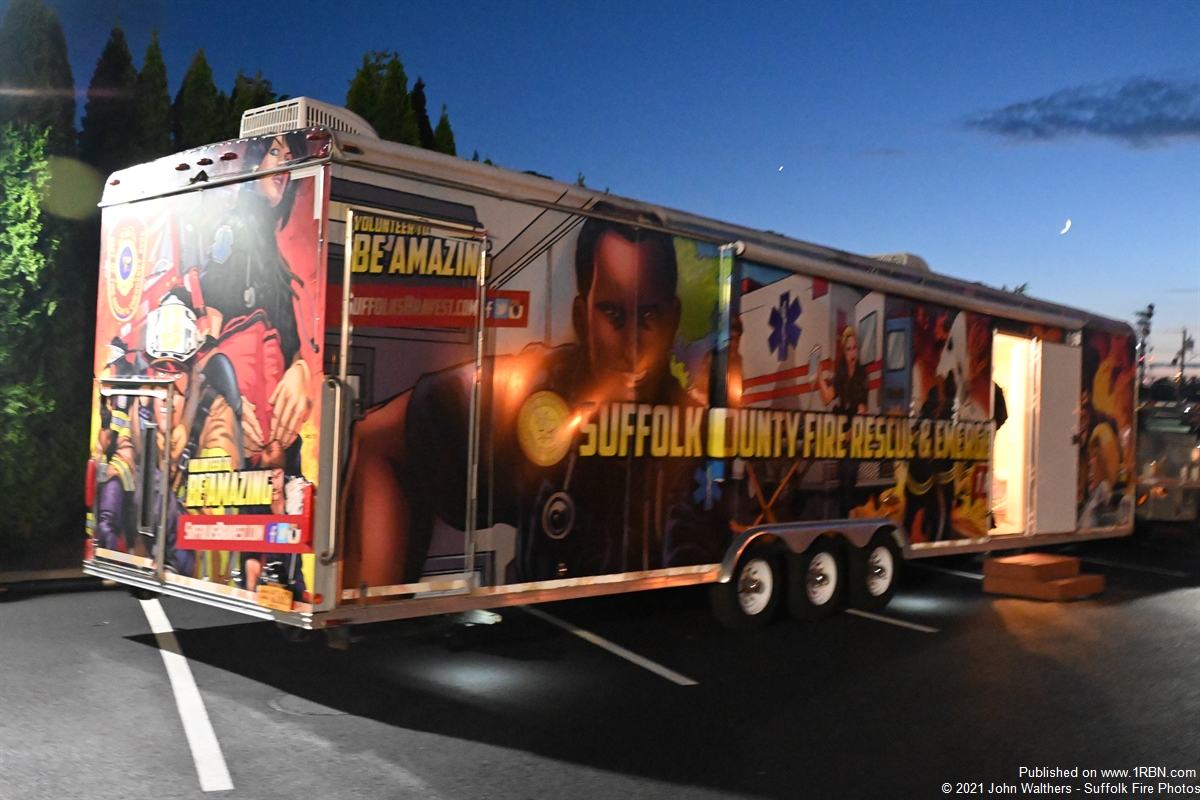 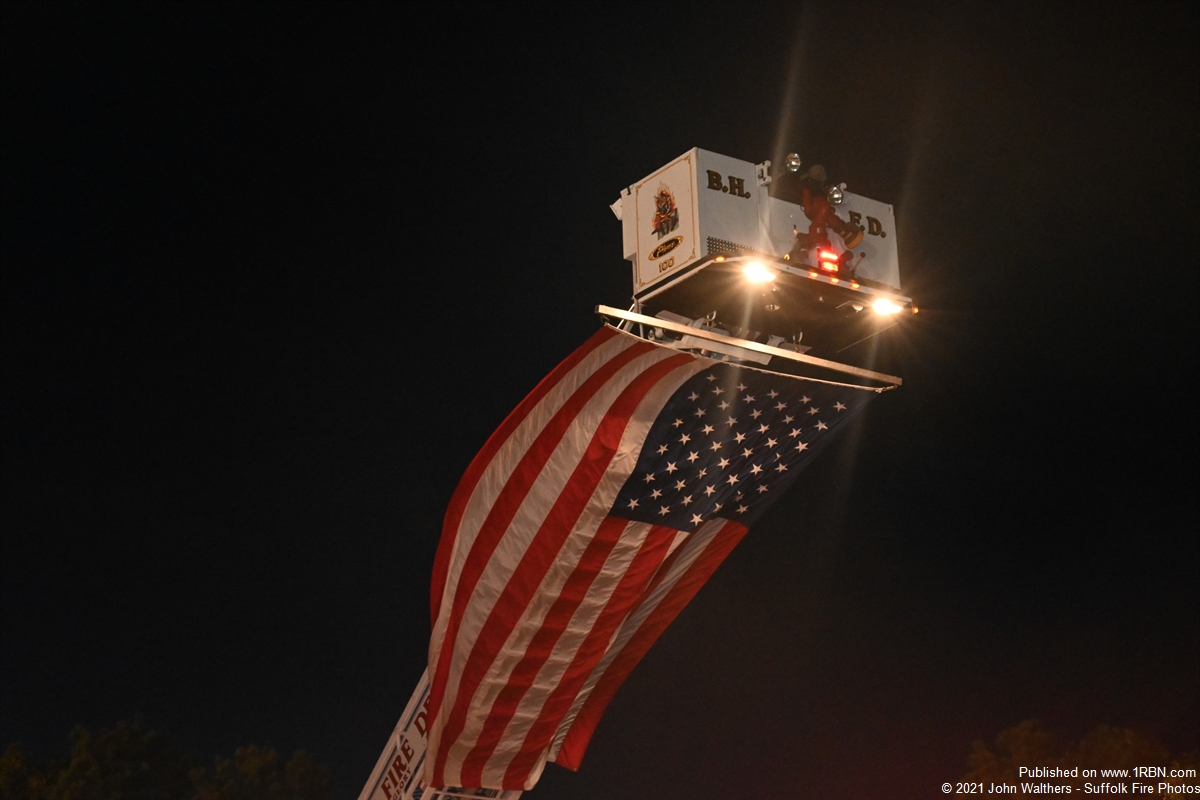 Shirley N.Y.- On Friday October 8th the Brookhaven fire department held its Fire Prevention Open House for 2021. Generally each year the department invites the community out during Fire Prevention week to learn about what firefighters do and also to educate then on fire safety. This year the departments open house was held at their substation (Station 1) on Camp Upton Rd in Shirley. The event included aparatus displays, educational materials, demonstrations and free giveaways of items. The hands on items included the Suffolk Fire Marshal’s bringing down the all hazards trailer and doing so training on fire extinguishers, kids also were able to practice putting using a fire hose.

The department also had a vehicle extrication demonstration to show what happens when a car crashed an people are trapped. This included not just popping the door but also how to remove someone whoes legs are trapped by displacing the dashboard and also a roof removal. That car was then re used to show how firefighters battle the intense flames of a vehicle fire. The Engine was brought in with a full crew of firefighters who packed up and went to work extinguishing the flames. The children and families who attended learned a lot and enjoyed the event.