Photo by Kayla BrodbeckPolice congregate at the Galleria Mall 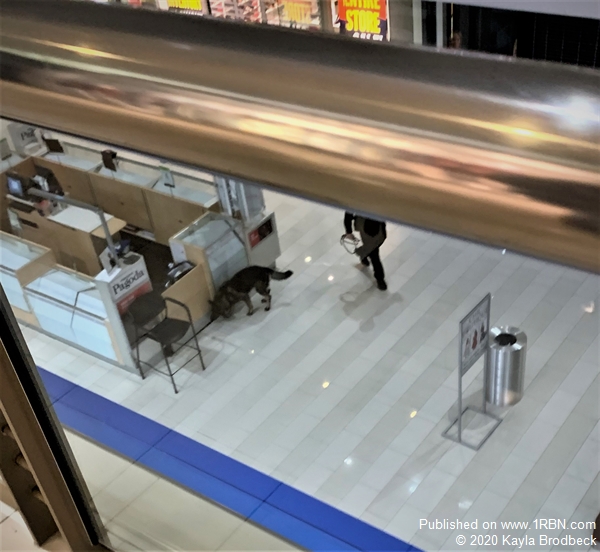 Photo by Kayla BrodbeckA Police K-9 searches for a weapon

On Thursday, Multiple police agencies were called to assist the Town of Poughkeepsie Police at the Poughkeepsie Galleria, with what was originally dispatched as a large fight. Officers on the scene described an altercation that had happened in the food court area of the mall resulting in three individuals initially being detained and later two more. A gun was reported to have been displayed during the altercation. No one involved in this confrontation nor the bystanders who were seen running in a panic had been injured.
No shots were fired, the detained were interviewed and later released after a search of the mall utilizing a police K-9 provided no result for a weapon.
Anyone with information is asked to contact the Town of Poughkeepsie Police Department by calling 845-485-3666.
Town of Poughkeepsie Police were assisted by City of Poughkeepsie PD, Dutchess County Sherrif Office, New York State Troopers, and Village of Wappingers Falls PD.