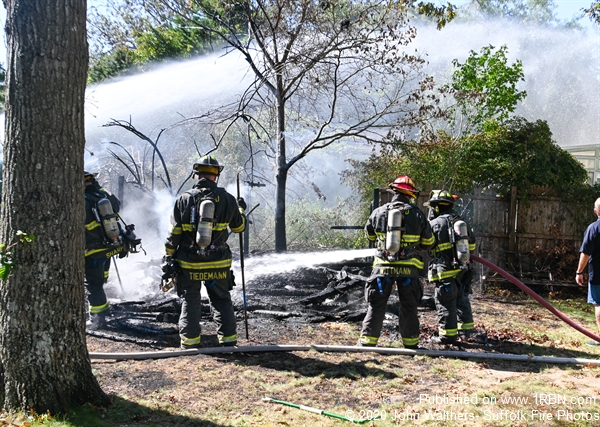 Photo by John Walthers- Suffolk Fire PhotosMastic Beach Firefighters putting water on remnents of a shed after it burns down. 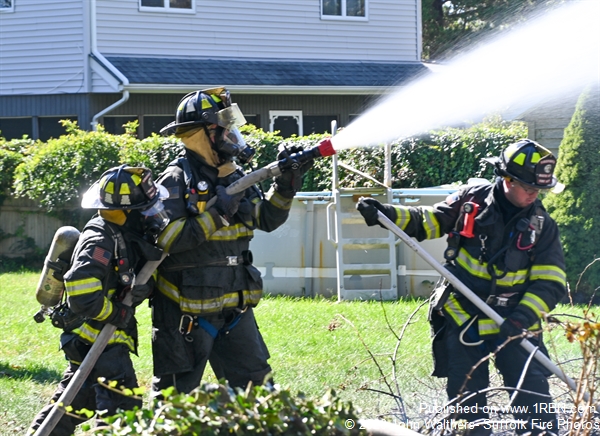 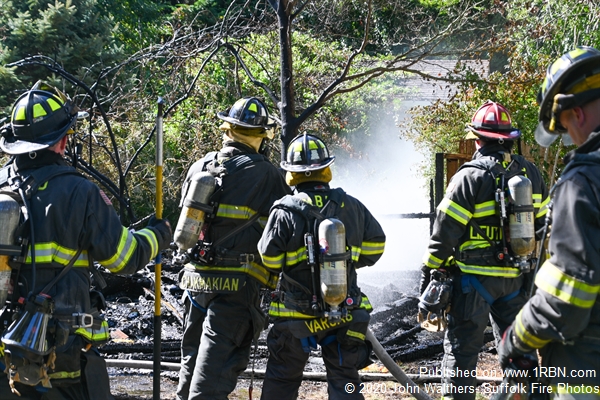 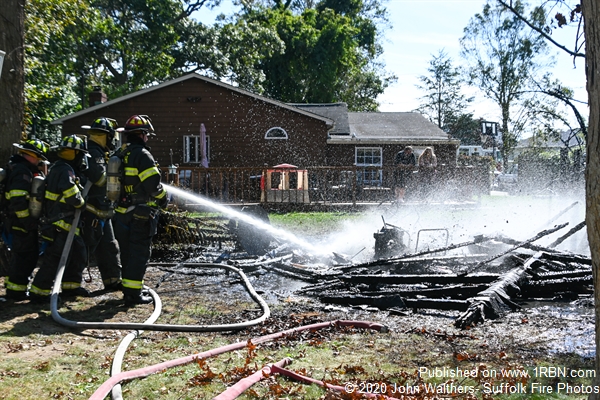 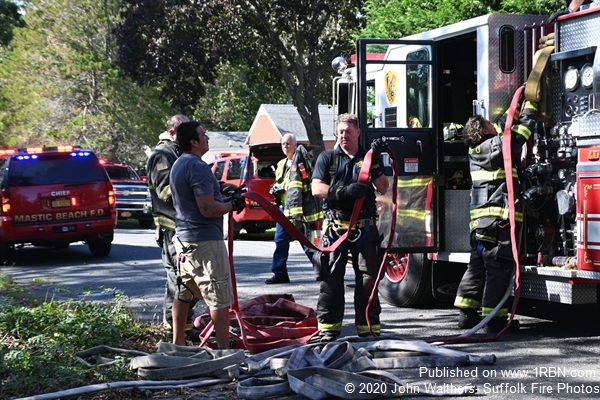 Mastic Beach, NY- at about 1:10 PM Sunday October 4th 2020 the Mastic Beach Fire Department was called to a report of a structure fire on Manor Dr off William Floyd Pkwy. Assistant Chief McGown[5-13-31], Chief of Department Fred Loiacono[5-13-30) and Captain Louis G [ 5-13-50] all responded quickly. As Assistant Chief McGown was pulling on to the fire block fire-com advised the additional calls reported a shed was on fire. McGown advised firecom as he was arriving to reactivate for the working fire.

Tanker 5-13-2 arrived on scene and the crew stretched a line to the back yard. Firefighters quickly began putting water on the fire in the back of the house. They were joined a short time later by Rescue 4 and also by a crew from Brookhaven. The fire had quickly burned through the shed however but firefighters were able to prevent it from speading to the house and neighboring house. However members did have to wet down a nearby fence and house next store as well as the home where the shed was as the heat had melted some siding to the house where the shed was. Upon using the Thermal camera it was determined that the fire did not spread into the home and fire fighters were able to take up Mastic Beach ambulance was on scene for support and Mastic FD stood by for Mastic Beach.