Shed Goes Up in Flames Next to Shirley House 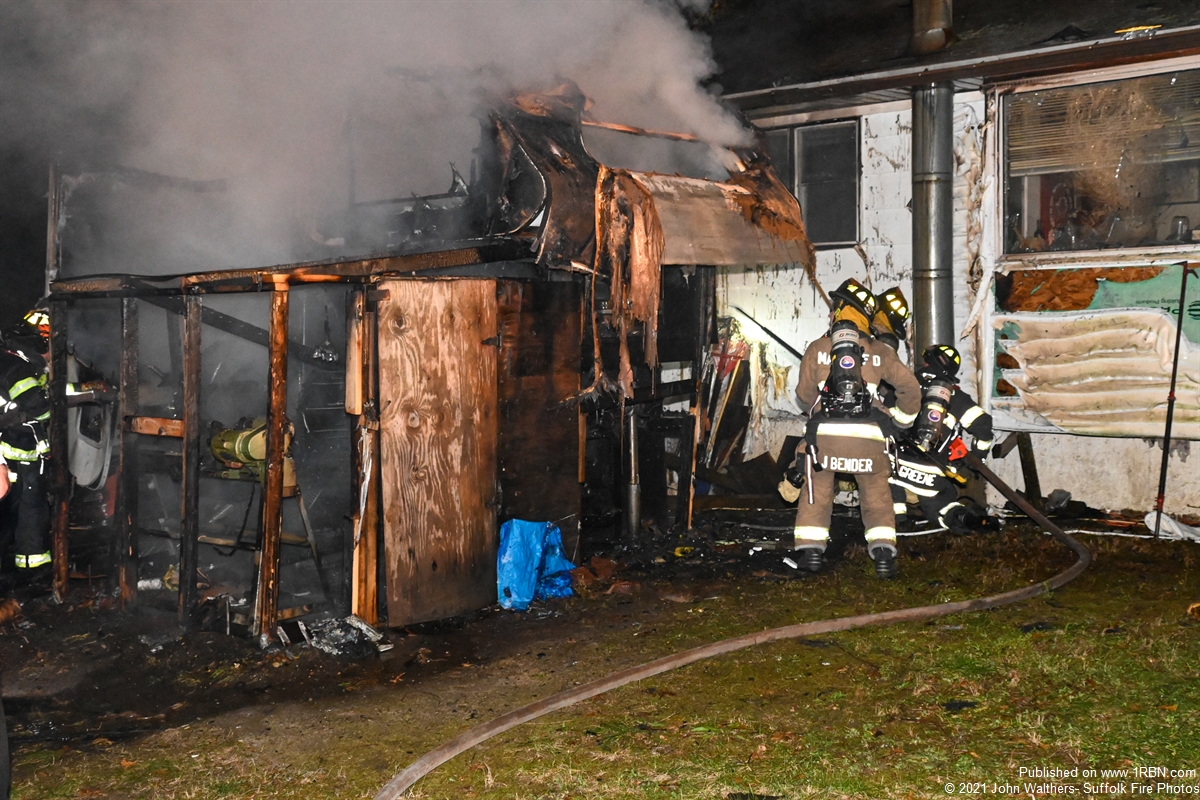 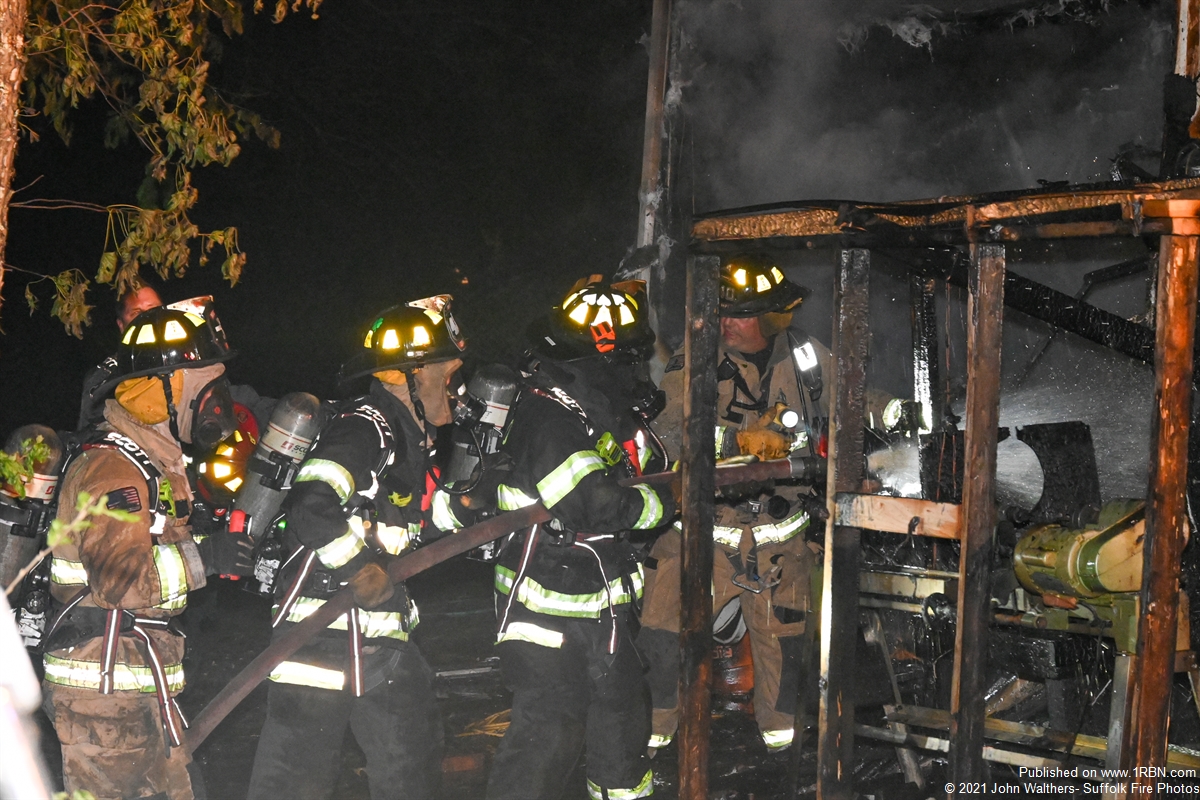 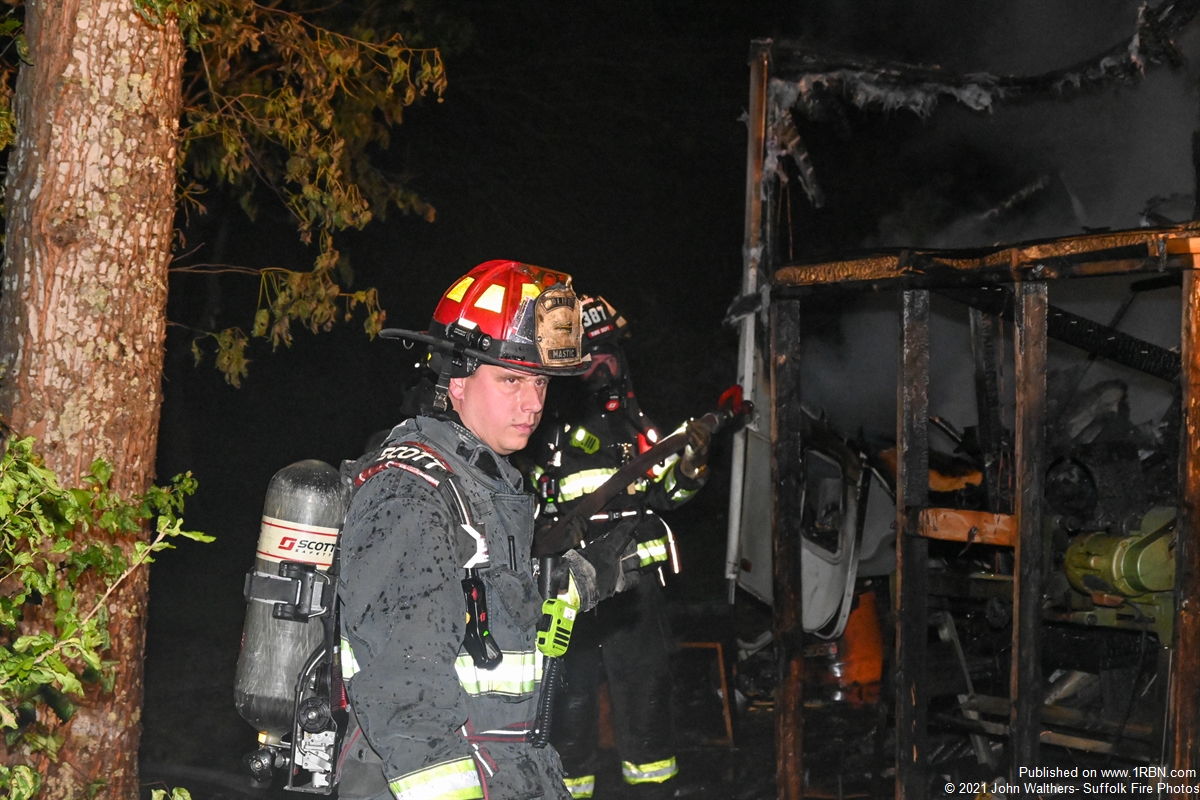 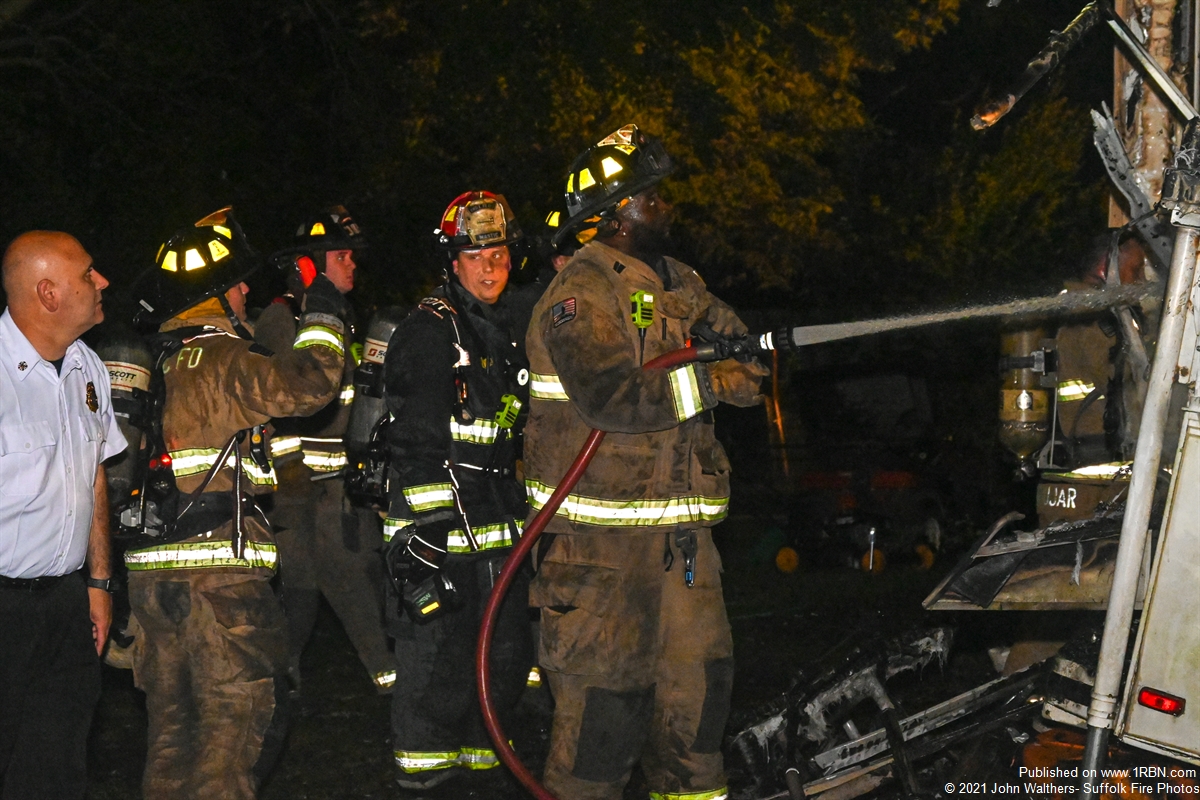 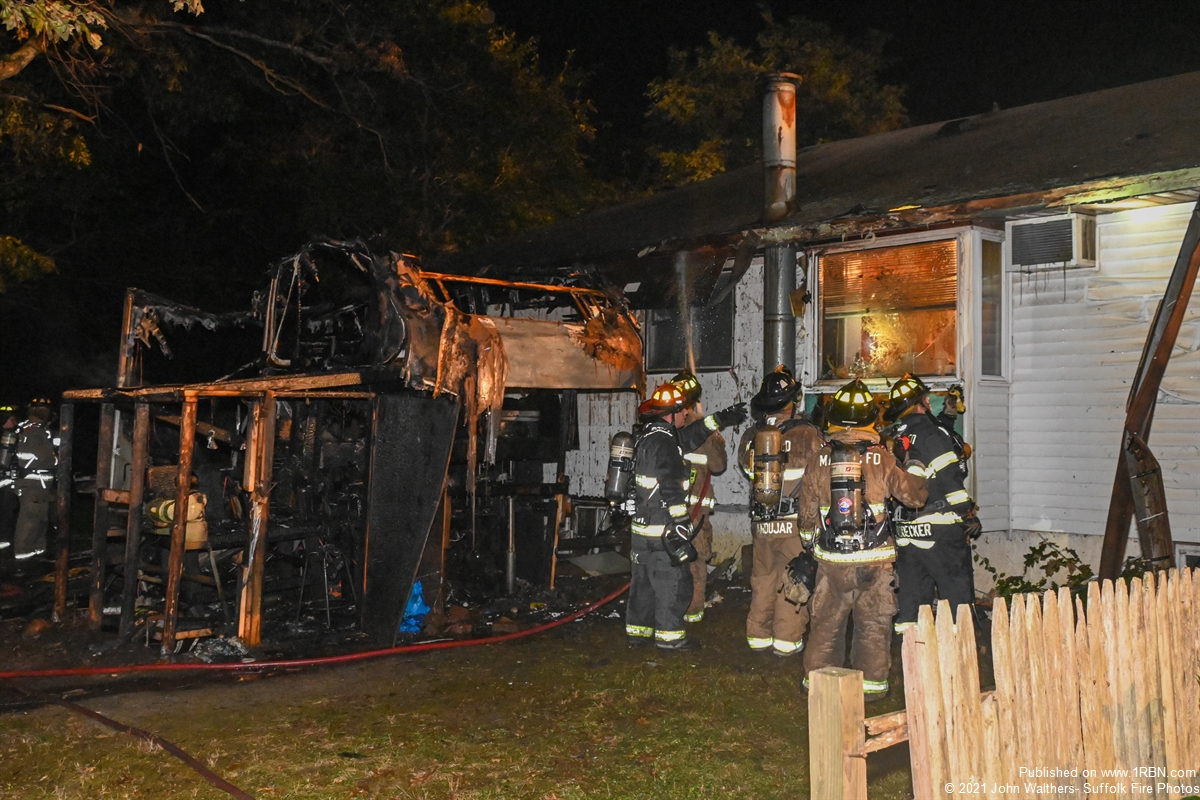 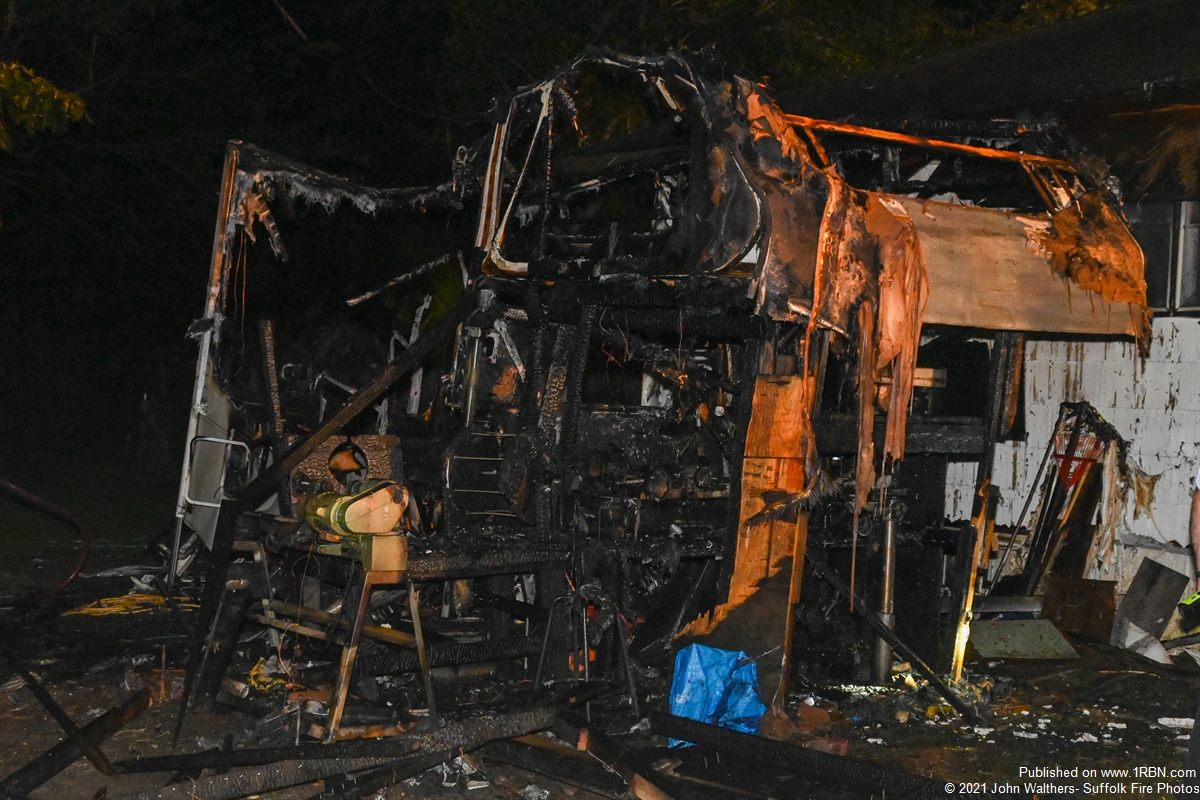 SHIRLEY, NY – At about 8:20 P.M. on Tuesday night, October 5th, the Mastic FD was dispatched by Suffolk Fire Rescue to a report of a structure fire on Maple Ave., off McGraw St.

Assistant Chief Gene Mariucci and Chief of Department Rudy Sunderman were first to respond to the call. The Fire-Com dispatcher advised that they were receiving reports of a shed or camper on fire with propane tanks involved. Assistant Chief Martucci arrived on scene to find the shed well involved. First due Engine 5-12-1 arrived on scene a short time later with 2nd Lt. Lasek as the officer. They were joined by crews from additional units, including Engine 4, Rescue 10A and others.

Two lines were stretched and put into operation to put water on the fire, and a quick knock down was made. Firefighters maintained water on the propane tanks to keep them cool until the situation was under control.

Investigators from Suffolk Police Arson Squad as well as the Brookhaven Fire Marshal's office were called to the scene to investigate the fire as per procedure. After investigators took photos firefighters completed overhauling the remains of the camper. The main house sustained minor damage due to the intensity of the heat from the fire, however it did not appear to catch fire. No injuries were reported, though Mastic Ambulance was on scene for support if needed. All units were returned to quarters after about one-and-a-half hours from the initial call.