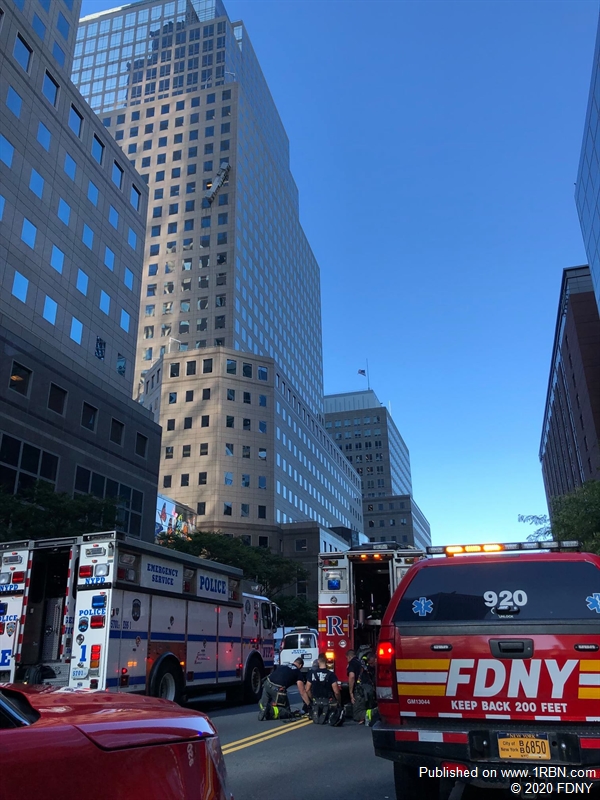 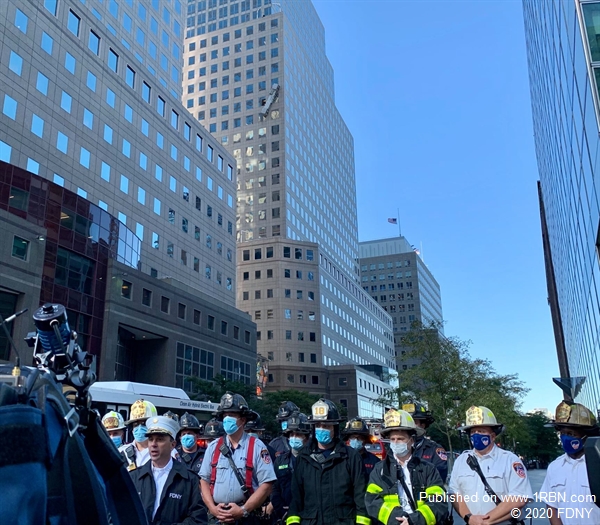 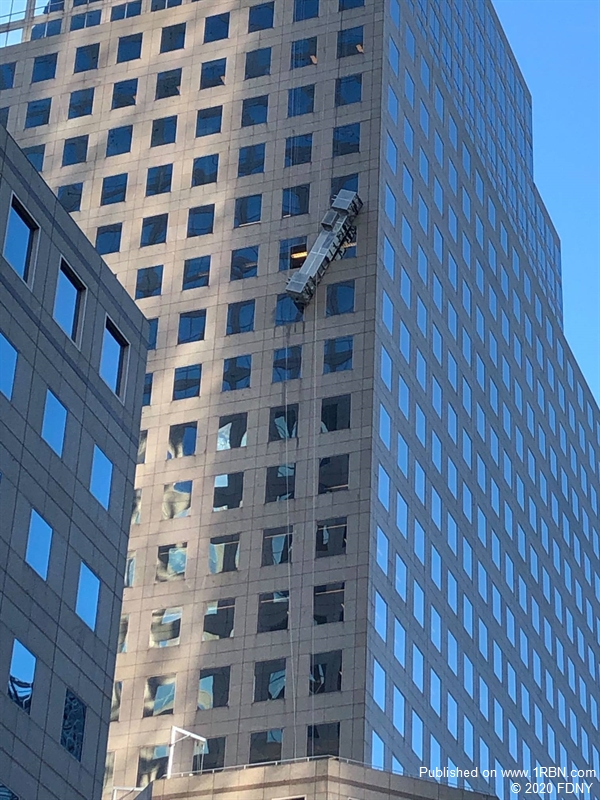 Manhattan, NY - “At approximately 9:10 A.M. on October 6th, calls came into 911 for a hanging scaffold. The first Fire Department unit arrived on the scene approximately four-and-a-half minutes later to find an off-level hanging scaffold with two workers attached to it. We operated for approximately 40 minutes. We secured the workers, provided a communication link to them, and then we cut the windows to remove them into the building. Both were examined by EMS and both refused further medical attention,” says FDNY Deputy Assistant Chief Michael Ajello from the scene at 250 Vesey Street in Manhattan where two workers were removed from a hanging scaffold.

FDNY Engine 10 and Ladder 10 arrived first on scene, where they quickly assessed the individuals for injuries, and secured them with rope. FDNY Lieutenant John Tobin, Rescue 1, says, “The first two companies did a phenomenal job getting rope on them to secure them. We checked the scaffold to make sure that it wouldn’t move any further, and then Rescue 1 proceeded to secure the windows by taping them. We have glass-cutting equipment where we can remove the panels of glass, and we were able to pull those two scaffold workers in right where they were. This was a pretty straightforward operation. All the companies worked excellent together, this was a coordinated effort. This is something we train for all the time.”