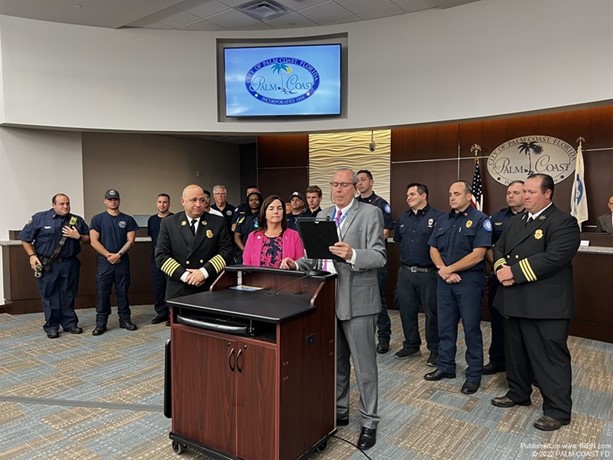 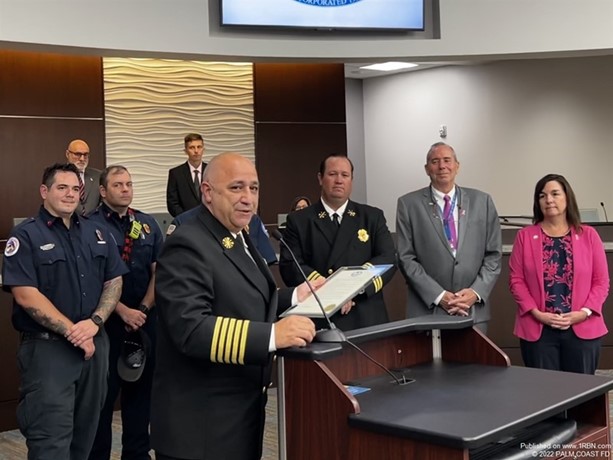 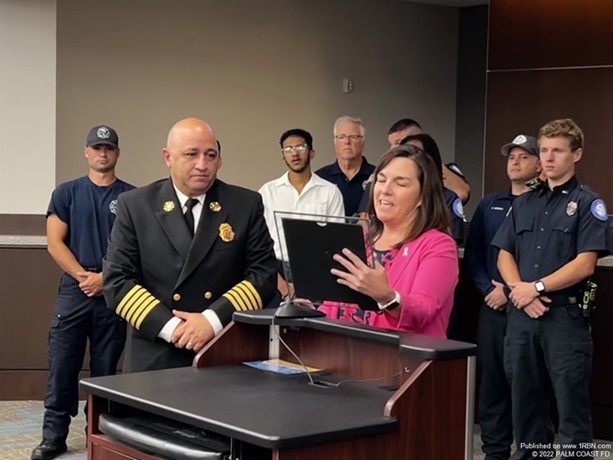 Ms. Bevan and Mayor Alfin jointly read the proclamation, stating in part, “in recognition of Chief Forte’s dedicated and admirable service to the citizens of Palm Coast, we wish Chief Forte great success and happiness in his future, and we are forever grateful to have worked alongside him.”

Forte joined Palm Coast Fire Department in 1990 as a volunteer firefighter at the encouragement of his brother Joe, then a Holly Hill firefighter. He became a full-time firefighter under the mentorship of Chief Norman Lewis.

Throughout his career in the fire service, Forte accomplished many personal and professional achievements. In 1996, he earned his Fire Instructor Certification, in which he trained and mentored firefighters throughout the region for many years. He was promoted to Lieutenant in 1997, Captain in 2000, Deputy Fire Chief in 2009, and Fire Chief in 2018.

Chief Forte will retire on October 14, 2022, after 32 years of service with the Palm Coast Fire Department. Beyond the scope of the Fire Department, Chief Forte spent eight months as the Interim Director of Public Works to fill a leadership role until the position was filled in 2019. In 2021, Palm Coast City Council selected Chief Forte to serve as the Interim Assistant City Manager in which he worked closely with City Manager Denise Bevan. Chief Forte will be celebrated at a formal Transfer of Command Ceremony on October 14, 2022, at 2 p.m. at the Palm Coast Community Center. The public is welcome to attend.