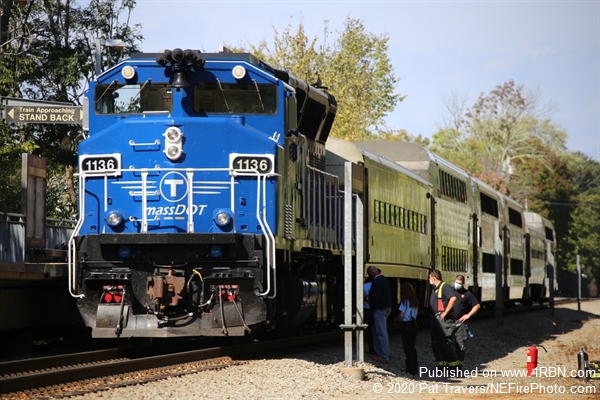 Photo by Pat Travers/NEFirePhoto.comThe MBTA commuter rail stopped at the Abington station, where a fire was found under the train. 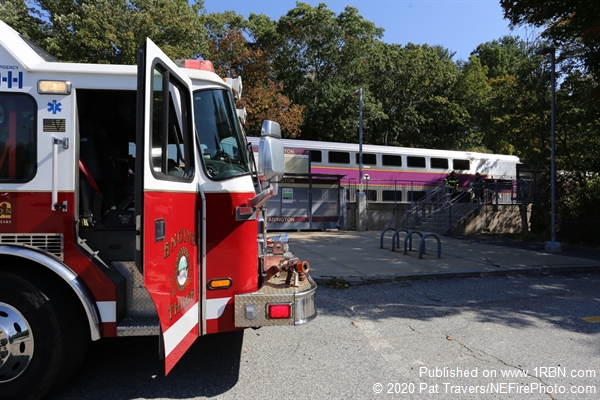 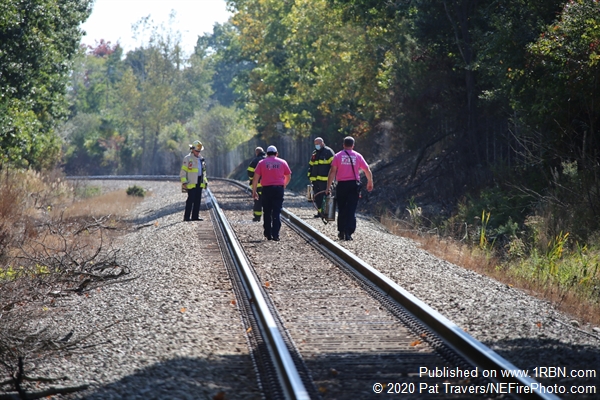 Photo by Pat Travers/NEFirePhoto.comWhitman firefighters extinguish small fires on the tracks near the Essex Street crossing. 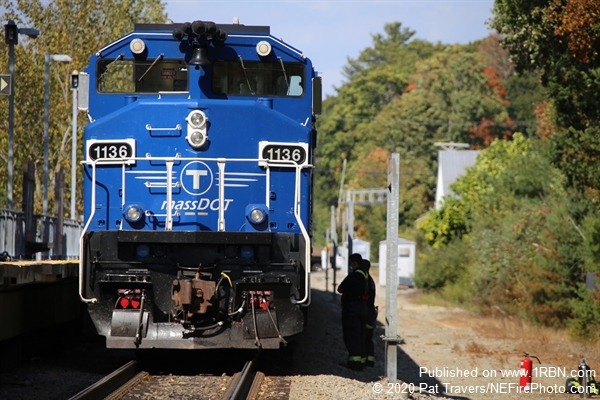 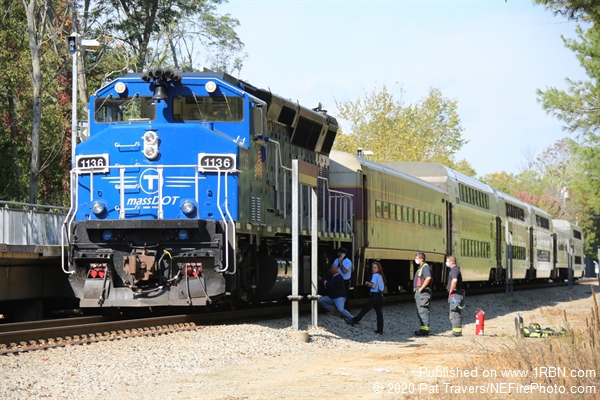 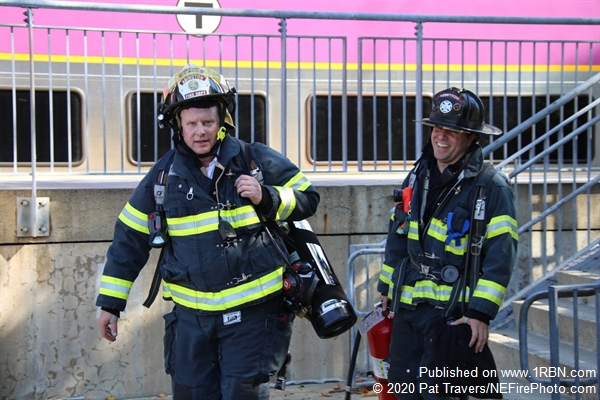 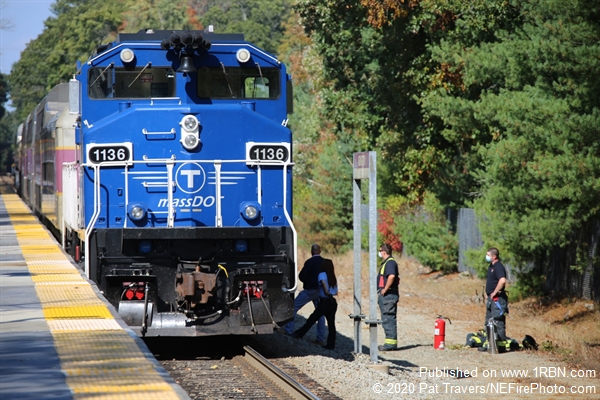 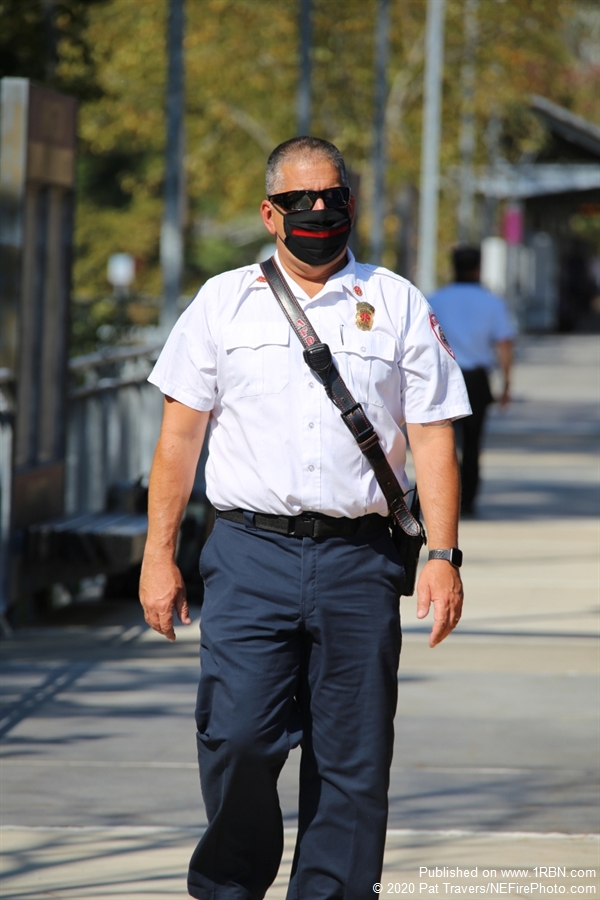 Abington, MA - Around 12:30 P.M. on the afternoon of Wednesday, October 7th, the Abington Fire Department responded to the MBTA Commuter Rail Station at 231 Centre Avenue for a report of a fire under the train. Companies arrived to find smoke showing from under the locomotive, which was parked at the platform.

Companies investigated and found a small electrical fire under the locomotive, which was on the Summer Street side of the MBTA station. The train was evacuated, and the power was shut down to the locomotive. Abington firefighters used CO2 extinguishers to knock down the fire under the train. Once the fire was knocked down, the MBTA representatives made plans to have the train moved to another location by another locomotive.

The incident also caused small fires along the MBTA train tracks near the Essex Street crossing in the town of Whitman. Firefighters used wet water extinguishers to extinguish several small fires, which were believed to have been caused by the fire on the train, as it traveled northbound on the tracks.

No injuries were reported. MBTA commuter rail service was delayed along the Kingston/Plymouth line for sometime until the train was removed.