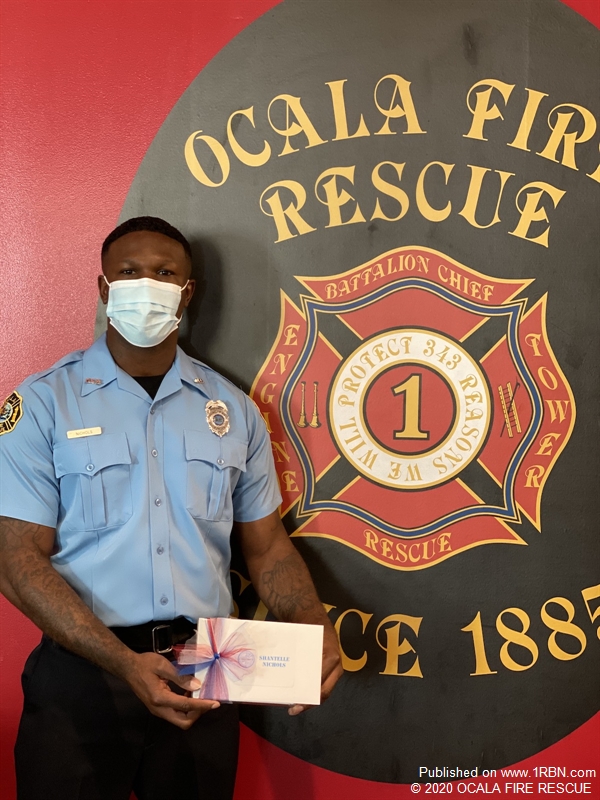 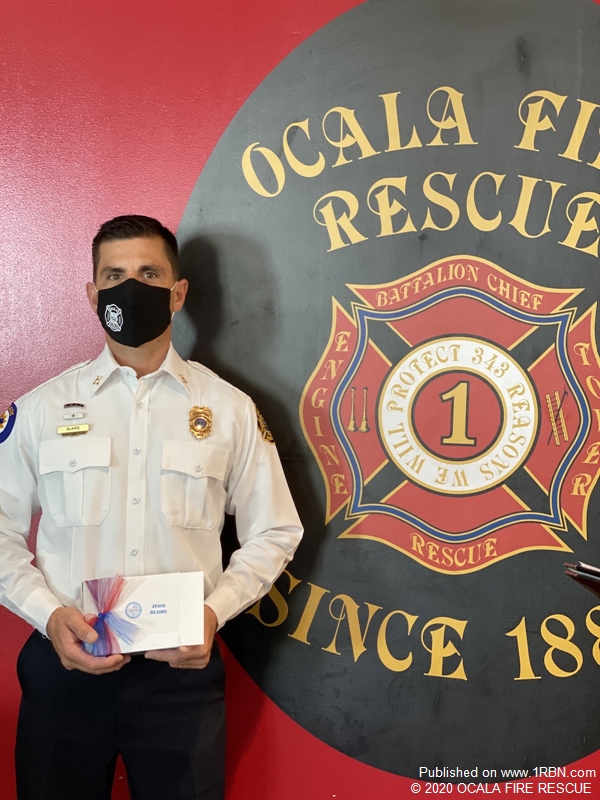 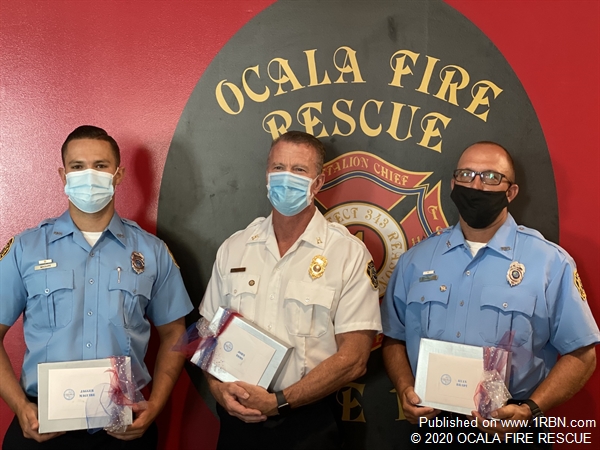 One Firefighter, two Fire Equipment Operators (FEOs), and two Captains were recognized for efforts that proved invaluable in resolving each of the emergencies to which they responded.

-Firefighter Shantelle Nichols was recognized for his courageous actions searching for occupants in a home threatened by flames from a vacant structure on fire next door, despite being off-duty. His immediate action allowed crews to focus on containing the fire to the structure of origin. Firefighter Nichols not only assisted his teammates before their arrival, but he also remained on scene to operate a fire hose and help as needed, demonstrating an absolute commitment to his profession and community.

-Captain Jesse Blaire was recognized for his integral role in OFR's fight against COVID-19. Proposing a strike team dedicated to Coronavirus responses, Captain Blaire’s trailblazing methods proved vital in decreasing exposures to the virus for citizens and first responders alike.

-Captain John Toms, FEO Ryan Brady, and FEO Jagger Maguire were recognized for their life-saving actions during an apartment structure fire. Upon arrival at a fire scene, this crew learned that a senior was unaccounted for. As they prepared to search the building billowing with smoke, a second man was spotted attempting to evacuate through a second-floor window. FEOs Brady and Maguire laddered the window to help bring the man down safely. Meanwhile, Captain Toms searched the first-floor apartment units for the senior. Firefighter Toms located, woke, and guided the senior through the heavy smoke and out of the building. For actions that helped save two lives Captain Toms, FEO Brady, and FEO Maguire each received Act of Valor Awards.

“We are overjoyed for each of the team members recognized today,” said Public Information Officer Ashley Lopez. “Because we know that they would repeat their actions without hesitation, time, and time again.”