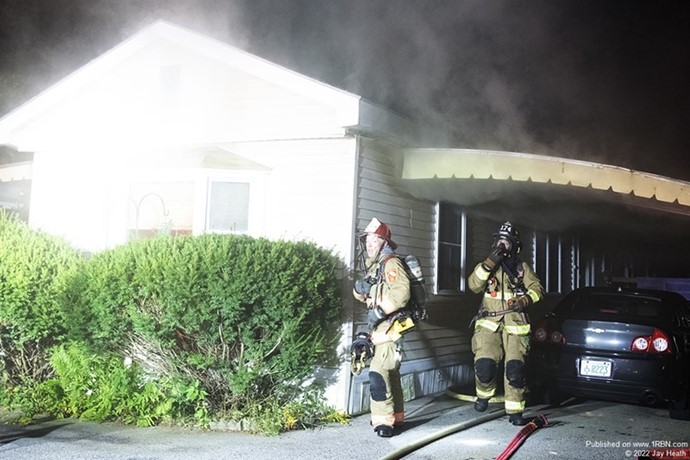 Photo by Jay Heath A call for a smell of smoke quickly turned into a working fire as first due Hooksett firefighters arrived to find heavy smoke showing. 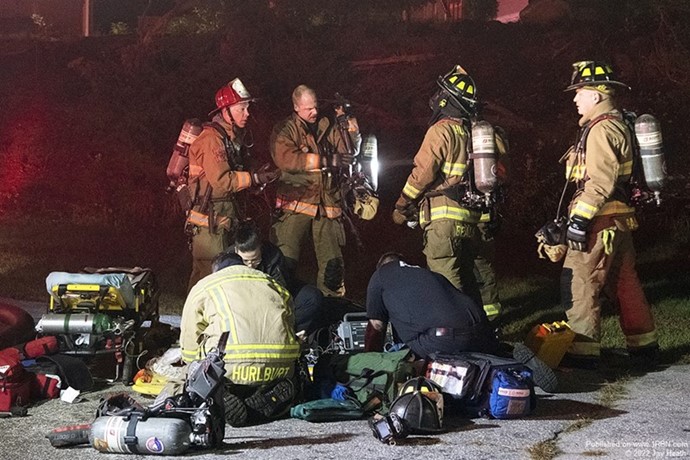 Photo by Jay Heath Firefighters and the AMR Ambulance crew from Manchester worked feverishly to save a resident pulled from the fire. 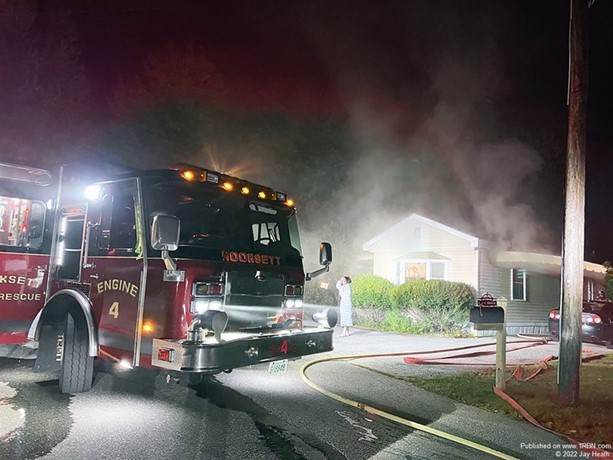 Photo by Jay Heath The fire was quickly knocked down by first due firefighters.

HOOKSETT, NH - Hooksett firefighters were dispatched to a report of a smell of smoke in a mobile home at 11:35 P.M. on September 27th, and quickly arrived to find a working fire with heavy smoke showing.

Firefighters were able to pull an unconscious elderly resident from the mobile home, who later died at the hospital after unsuccessful attempts to save the victim's life.

Firefighters knocked the fire down quickly as a police officer and a firefighter started CPR on the victim outside. A working fire was transmitted and mutual aid from several surrounding communities assisted Hooksett with water supply and overhaul.

AMR Ambulance from Manchester transported the victim to the hospital, and the NH State Fire Marshal's office was called in for the investigation.