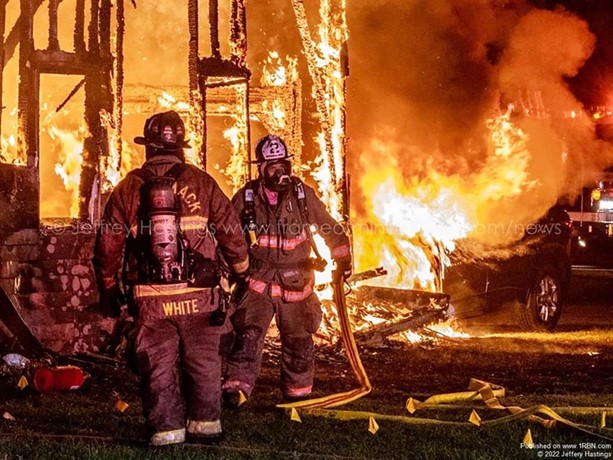 Photo by Jeffery Hastings Merrimack firefighters battled a garage and two vehicles fully involved on arrival. The fire did extend into the house causing heavy smoke and water damage. 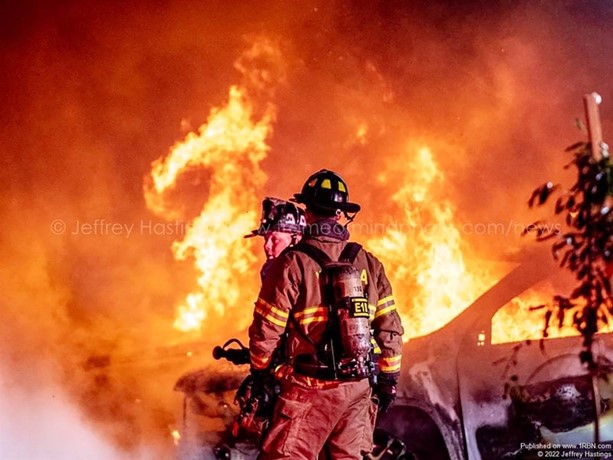 Photo by Jeffrey Hastings Heavy fire showing as firefighters work to control the spread of the fire.

Merrimack, NH Sept 27- Merrimack firefighters received a call from a homeowner that the house was on fire early Tuesday evening. Firefighters were dispatched ay 19:10 hrs and as they approached the area, they could see heavy smoke and transmitted the working fire. First due companies soon arrived to find a garage and two vehicles outside fully involved. Firefighters stretched hose lines to the interior of the house and conducted primary searches. Command then requested a second-alarm to bring in more manpower and Nashua's Ladder to vent the roof. Firefighters also had challenges with water supply and hose lines were brought to the scene from hydrants a significant distance away. The fire extended to the house and caused heavy smoke and water damage. The fire is under investigation and there were no reported injuries.