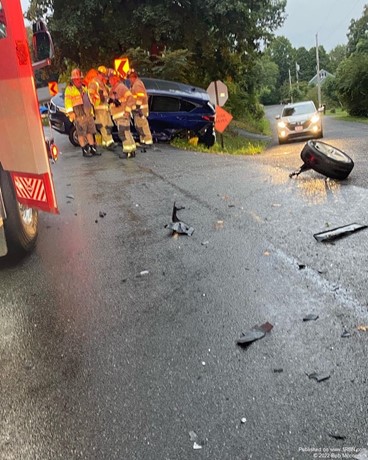 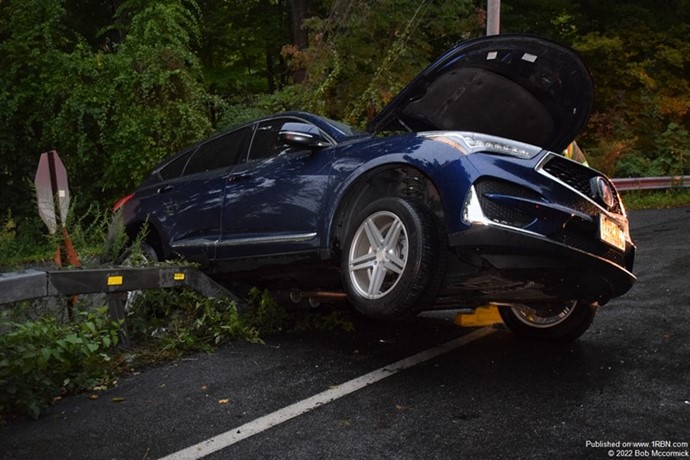 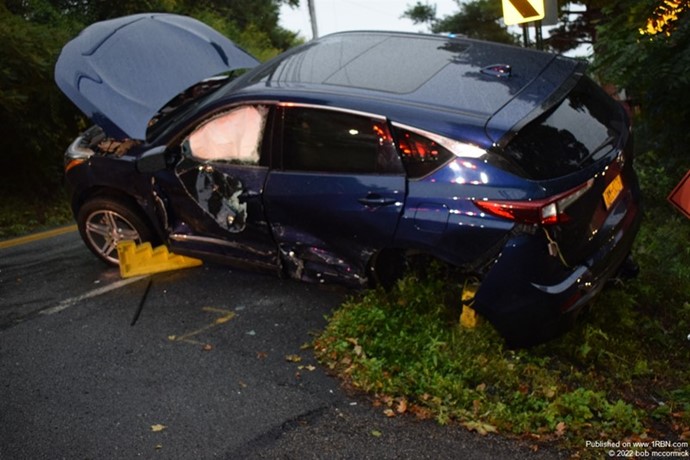 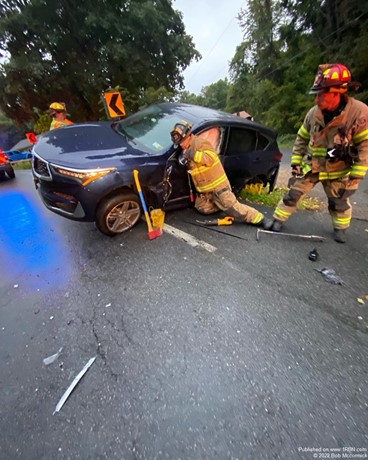 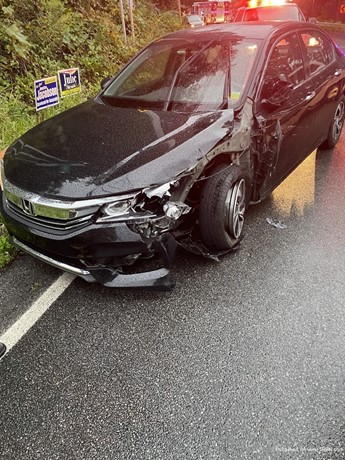 Good Will FD responded to a two vehicle MVA on Gidney Ave and Blue Jay Drive on October fourth. Town/Newburgh
Police were at scene. Firefighters made both vehicles save from hazards. Cronomer Valley FD Fire Police directed traffic
during the incident. One driver refused medical treatment-one was checked out at Montefiore St Lukes Hospital. Gidney Ave was shut
down for a period south bound. Town Newburgh Police investigating the cause.