A Special Tribute to 9-11 Heroes at the Wildwood Convention 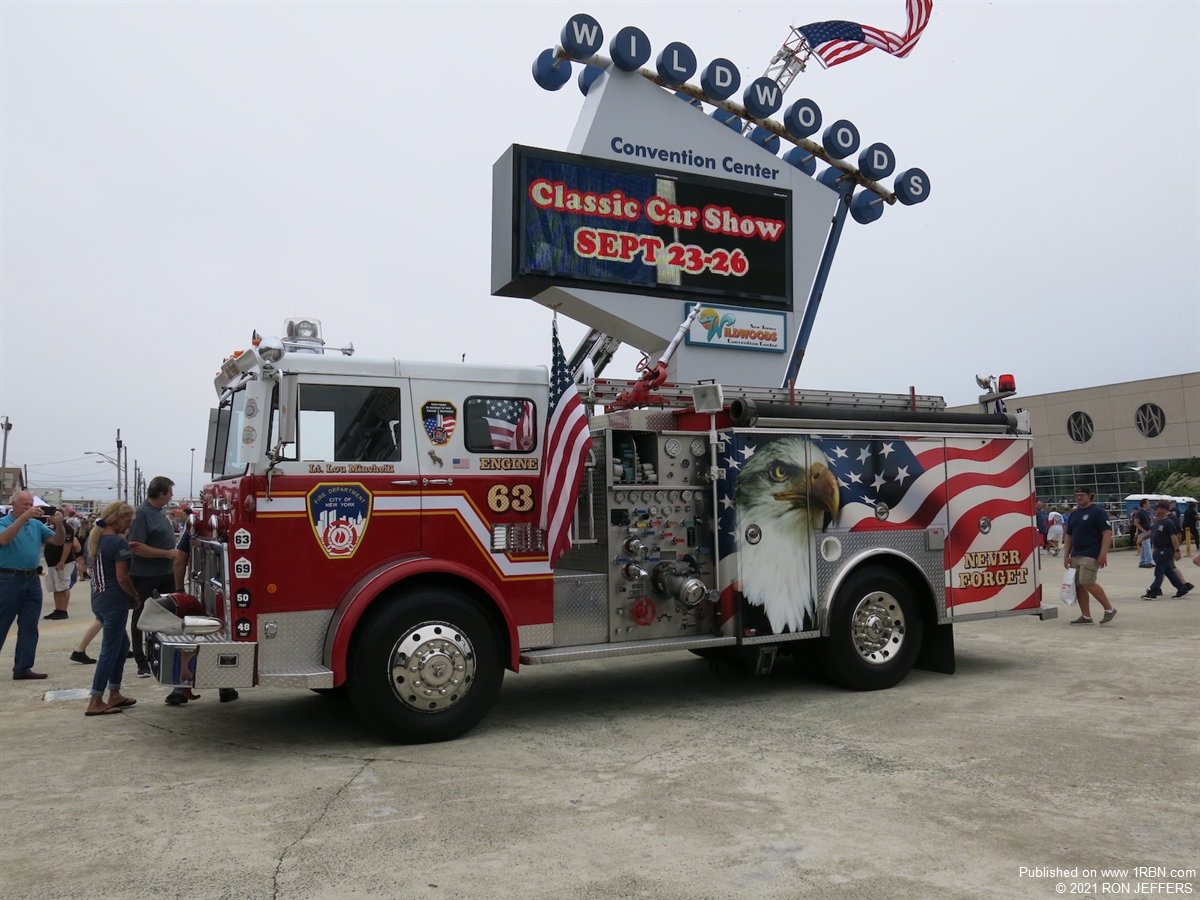 Photo by RON JEFFERSRetired FDNY Lt. Lou Minchelli's "Engine 63" Mack 9-11 tribute also possesses helmet front-piece graphics of the companies the lieutenant worked with during his career. The rig was on display at the annual September firefighters convention in Wildwood.

WILDWOOD, NJ - During the 143rd Annual New Jersey Firemen's Convention, this September, Lou Minchelli's privately owned pumper was on display bearing a tribute to the fallen heroes of the 9-11 attacks, 20-years ago.

The Mack engine was a gift for his 90th birthday. It also pays tribute to Lt. Minchelli's 25-year career as a New York City firefighter.

The Sea Isle City resident received a special 9-11 memorial trophy for his apparatus after the annual parade.