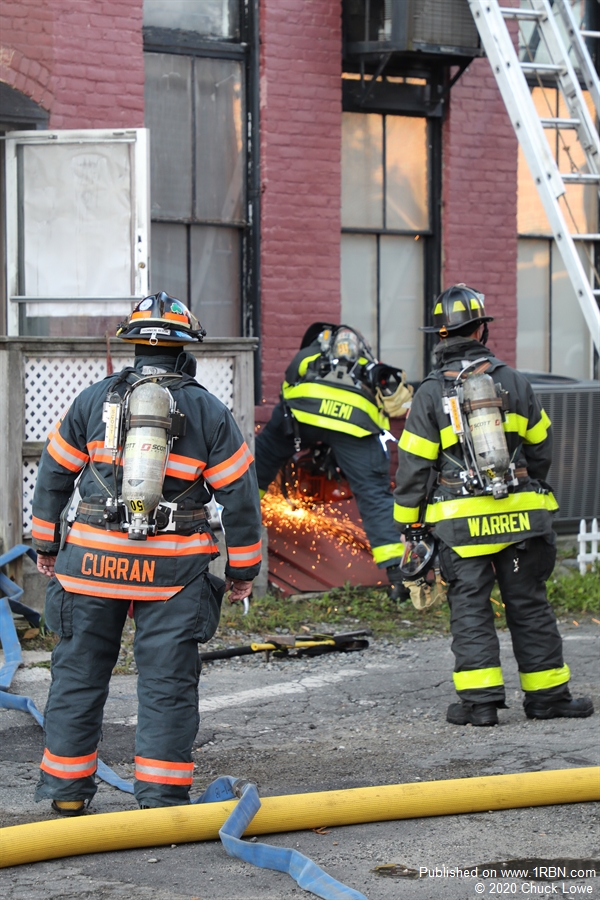 Photo by Chuck LoweConcord Firefighters use a K12 to open a bulkhead. 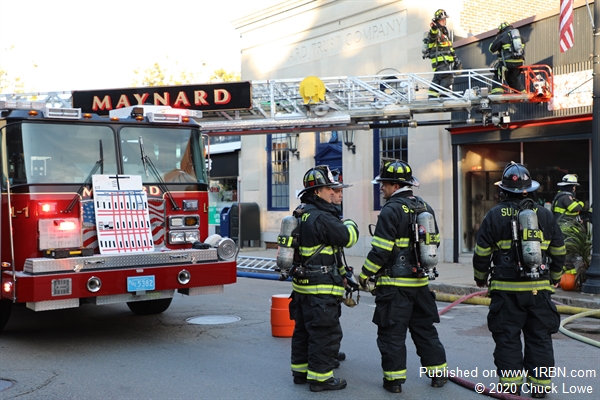 Photo by Chuck LoweSudbury Firefighters stand by for Rapid Intervention. 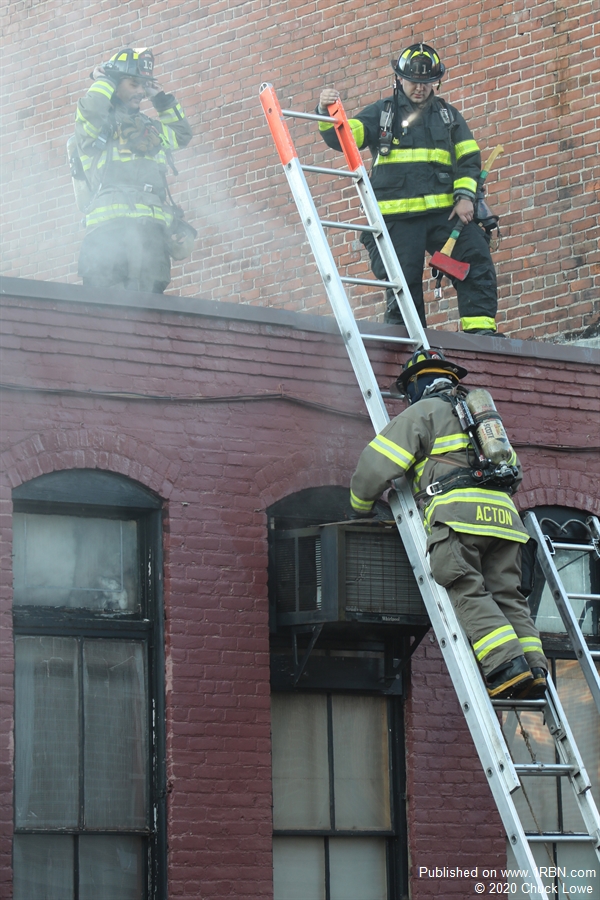 Photo by Chuck LoweActon & Stow Firefighters checking for extension to the roof area.

Maynard, MA - On Sunday, October 4th, the Maynard Fire Department was dispatched to a structure fire in the heart of downtown. Crews arrived to find smoke showing from a block of stores, prompting the incident commander to upgrade to a second-alarm. Additional resources from Acton, Concord, Stow, Sudbury and Boxborough responded to assist. Crews were able to locate the fire to the rear of a spa inside the single-story ordinary building. It was confined to the area of origin and promptly knocked down. Adjacent occupancies, including an art gallery and nail salon, suffered smoke damage, but there was no extension. The state incident support unit and fire investigators were called to assist.