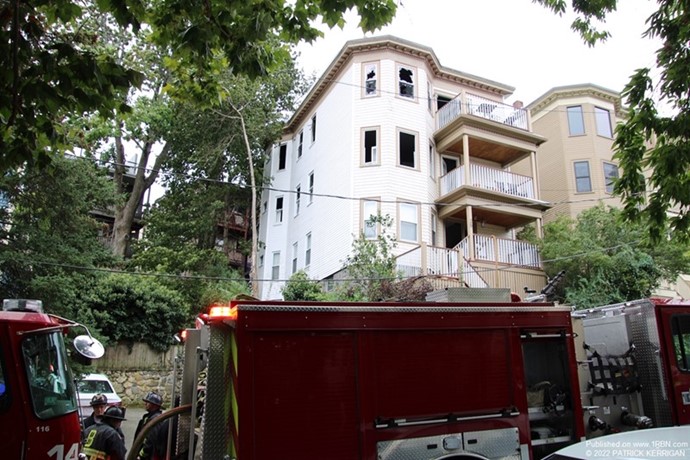 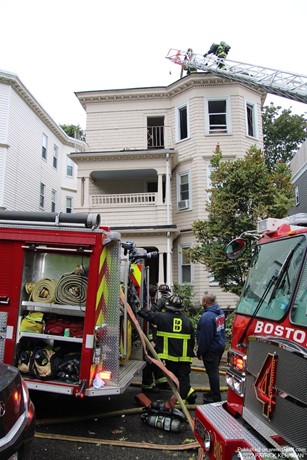 BOSTON, MA - On October 2nd, the Boston fire alarm office began receiving calls for rear porches on fire. Companies arrived to find heavy fire showing from the rear of a three-story wood-frame with exposure problems. A second and then third alarm were struck. Fire spread to two other three-story wood-frame multi-family dwellings on the street behind. Command struck a fourth, fifth, and then sixth alarm. Companies had the main body of fire knocked down in a short amount of time and remained on scene for several hours checking for extension and hot spots.