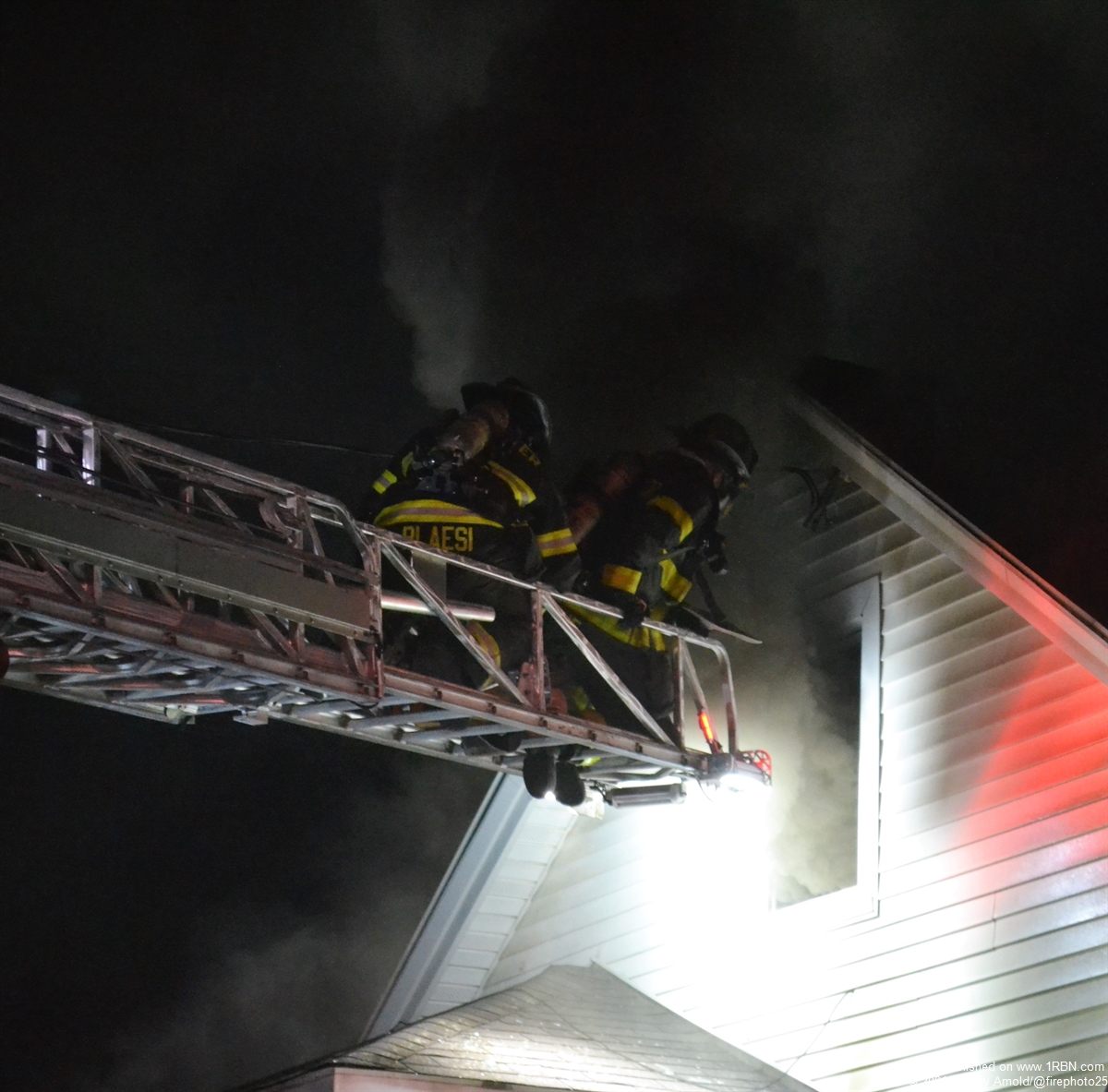 Photo by Jeffrey Arnold/@firephoto25House fire on Fifth Street in Rochester.

ROCHESTER, NY - On Friday, October 2, at 10:45 p.m., Rochester firefighters responded to the intersection of Bay and Fifth Streets for multiple calls reporting of house fire.

First-due units found heavy fire venting from the rear of a two-story house at 195 Fifth Street. Efforts to search the structure for occupants were hampered by a large amount of debris that was stored in the home. It was later determined to be vacant.

A detached garage on the property was also damaged/

The blaze was bought under control in about 25 minutes.

There were no injuries reported.