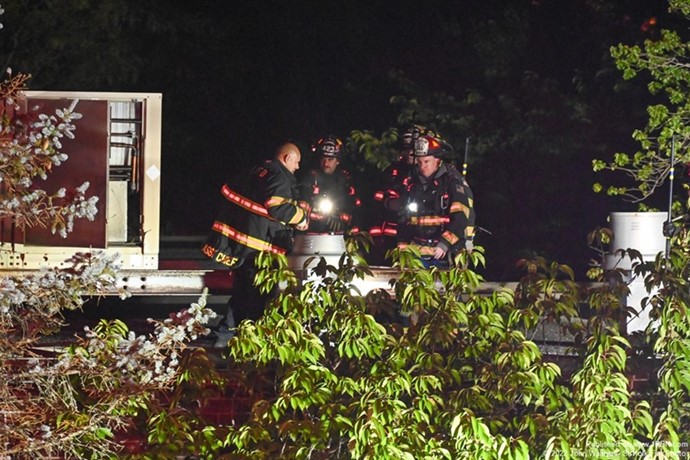 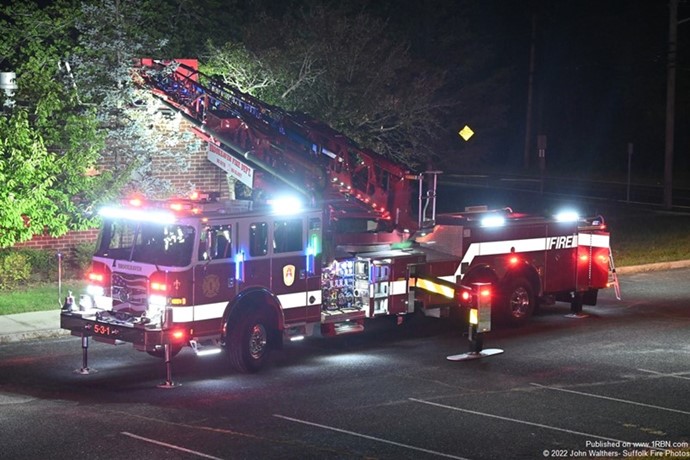 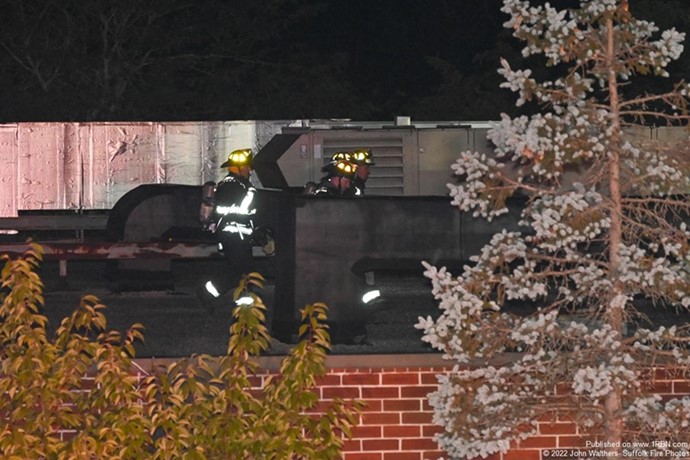 Photo by John Walthers- Suffolk Fire PhotosMembers operate on the roof of a building. 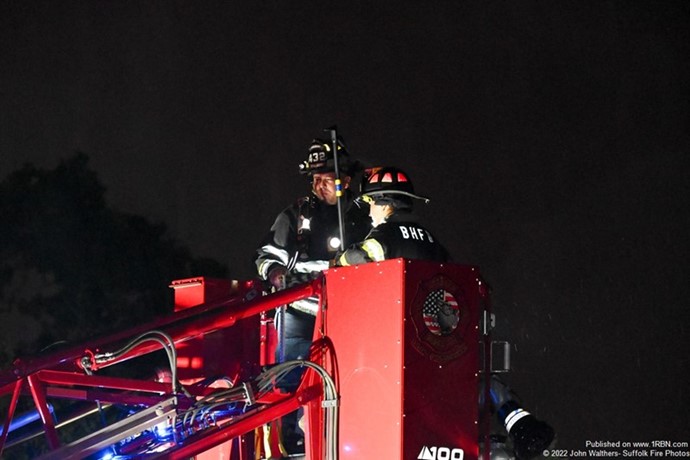 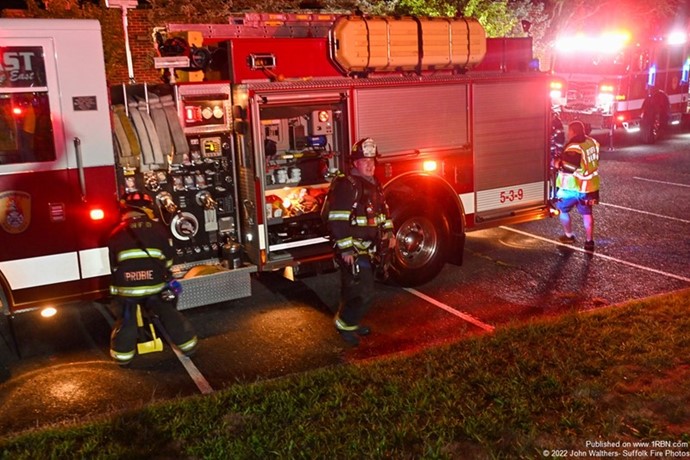 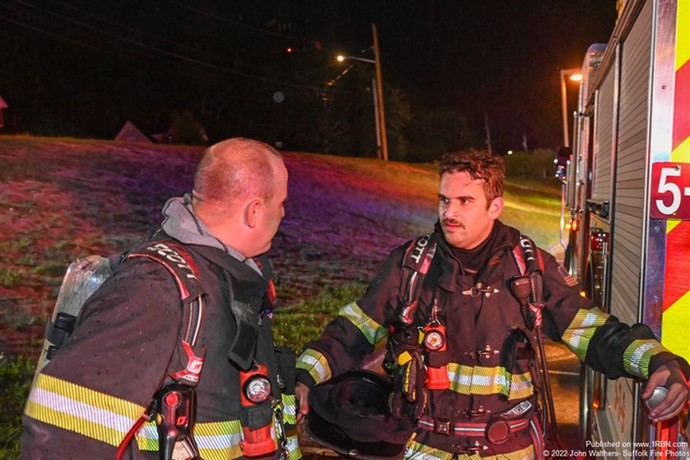 SHIRLEY, NY - On Monday, September 19th at about 7:02 P.M., the Brookhaven FD responded to a report of a structure fire at the South Brookhaven Health Center East, located at 550 Montauk Highway.

On arrival of Assistant Chief Giuseppe Loiacono, he advised that he had a light smoke condition and requested a rep to respond to the scene. Ladder 5-3-1 and Engines 5-3-3, 5-3-5 and 5-3-9 all responded to the scene to investigate the situation.

Ladder 1 was placed in front of the building and a crew was sent up to the roof. Additional crews investigated other portions of the building upon making entry. Members operated under the command of Chief of Department Dan DiPinto.

Upon thorough investigation the source of the smoke was located to be from the HVAC system. The system was shut down to mitigate the situation. Chief Dipinto requested that Fire-com advise a fire marshal to be dispatched to the scene. All units went back in to service after about 45 minutes of the initial activation.