Rollover with Entrapment in Norwich 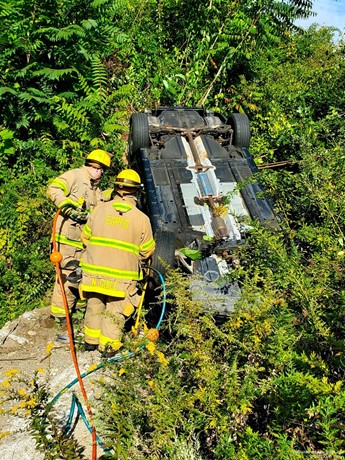 Photo by Keith MiltonMembers work to remove the driver's side door. 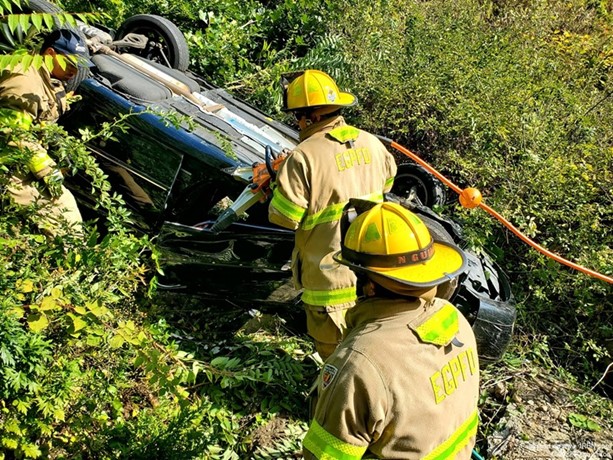 Photo by Keith MiltonMembers finish opening the door before cutting it off the vehicle. 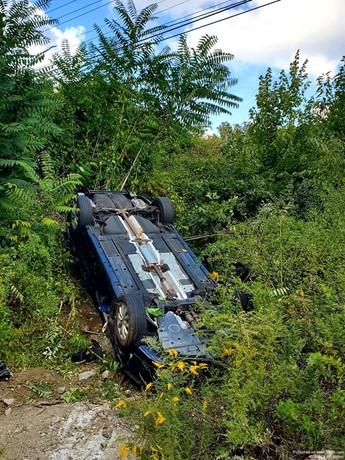 Photo by Keith MiltonThe resting spot of the vehicle after going down the embankment.

NORWICH, CT - On Sunday, September 25th at 3:30 P.M., the East Great Plain Vol. Fire Co. was dispatched to the area of 691 West Thames St. for a one-car rollover with entrapment.

Car 5 arrived within a few minutes and found a car that went over an embankment and was resting on its roof with two occupants still inside. The passenger was able to self-extricate after Car 5 arrived, and the driver stated that she couldn't get out but that she wasn't injured.

Rescue 5 arrived and the crew proceeded to use their hydraulic tools to remove the driver's side door to gain access to the driver. After the door was removed, members cut the driver's seat belt and the driver was able to get out of the vehicle with assistance from the crew. E52 arrived and assisted Rescue 5 crew.

Both occupants of the vehicle were evaluated by EMS personnel from American Ambulance. The Norwich Police Department is investigating the accident.