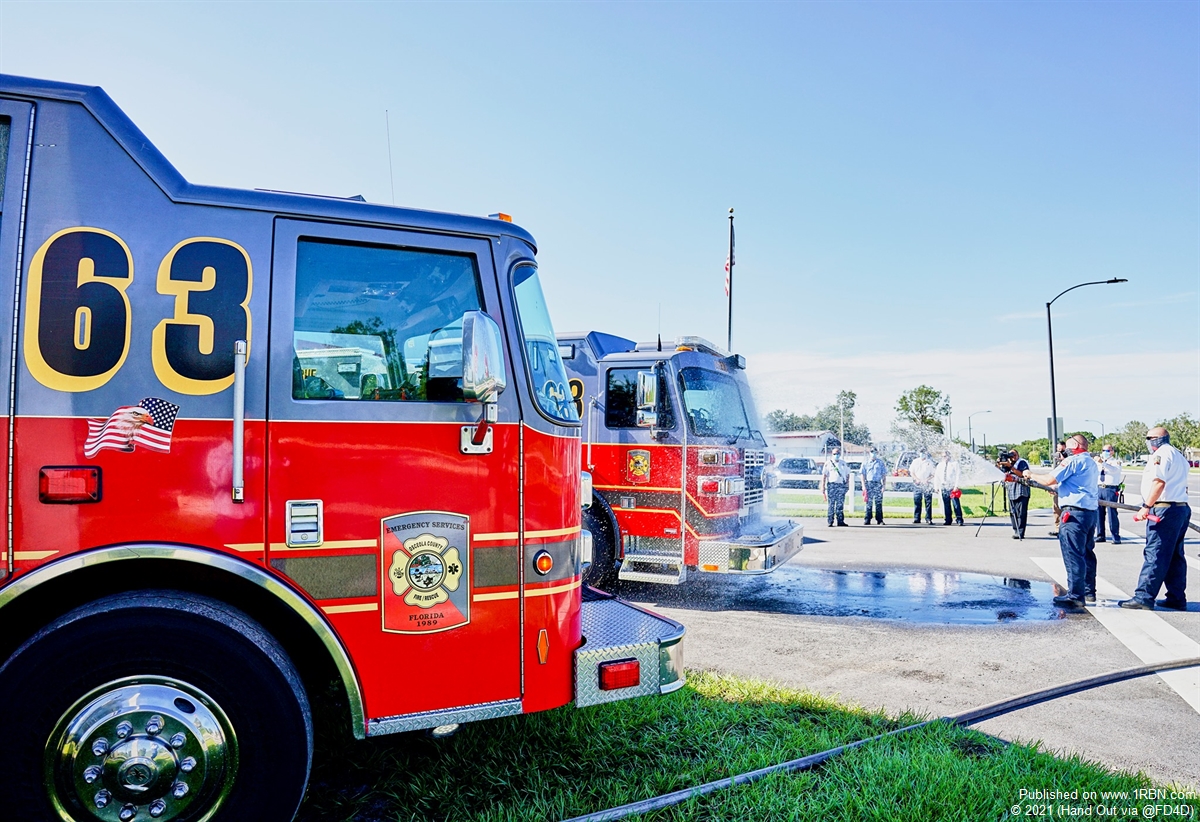 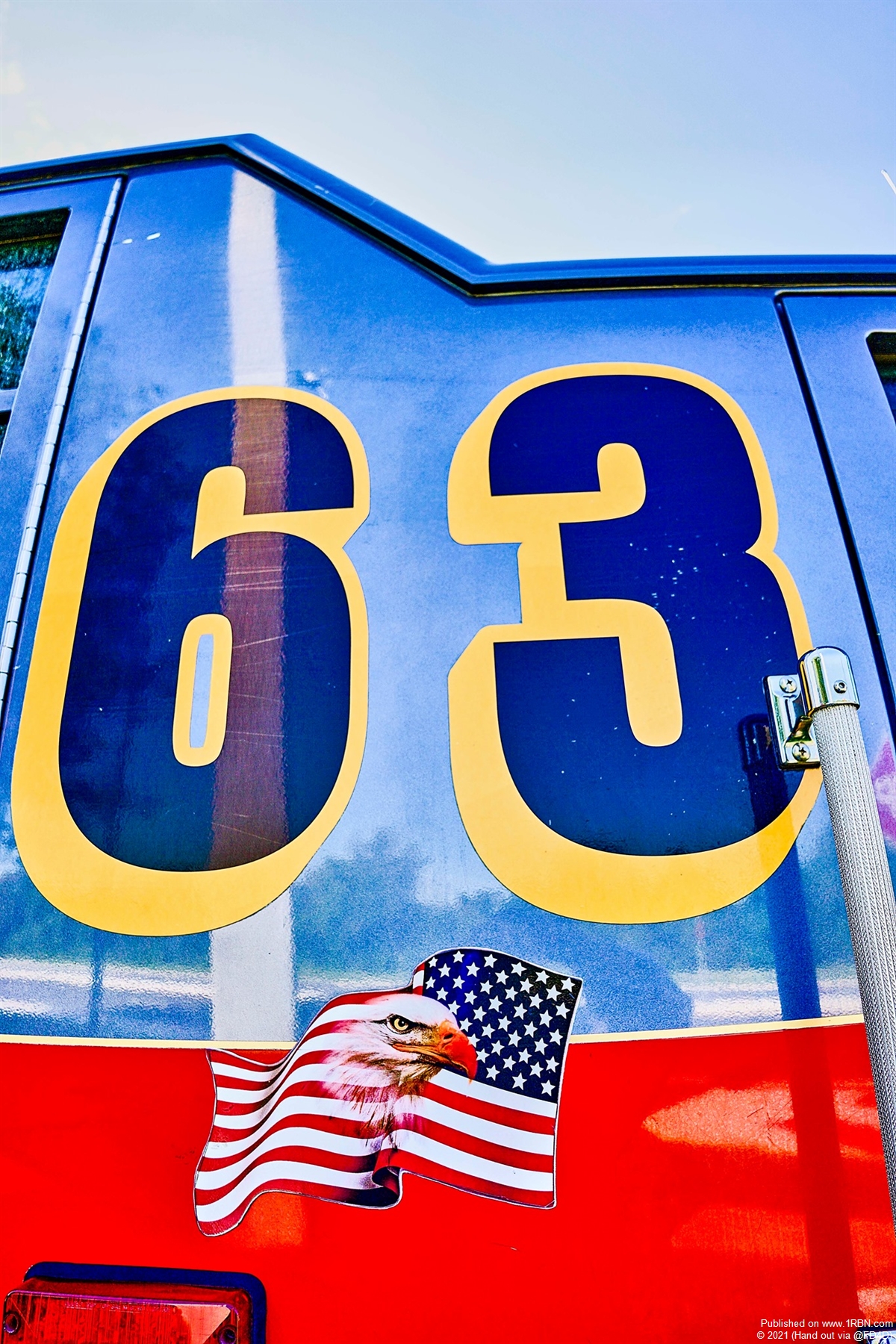 Osceola County, Florida – A new fire engine that will enhance public safety in District 4 was put into service at Station 63 on Wednesday.

The new apparatus represents more than half a million dollars invested in public safety. Following the current standard, the new Sutphen Corporation Monarch will result in increased reliability, added features and lower maintenance costs, replacing an older model in service since 2007 and 220,000 miles on its odometer.

“This is an essential tool for protecting the lives and property of Osceola County residents and I’m delighted that it is now in service to watch over our community for many years to come,” said Cheryl Grieb, the District 4 County Commissioner where the new engine is based. “The County Commission has always considered public safety a top priority and putting a new engine into service is a very tangible symbol of that commitment and that we are giving first-responders the life-saving tools needed for any and all emergency situations that they may face.”

Station 63, located at 1097 Cross Prairie Parkway, covers a central part of the County between St. Cloud and Kissimmee. It’s the first due unit covering U.S. 192, Florida’s Turnpike, Osceola Heritage Park and NEOCITY, as well as the Remington Community. It is one of the busiest stations in Osceola County, logging 2,015 calls for service so far in 2021 – a nearly 17 percent increase from the same time period last year.

Osceola Fire Rescue & EMS displayed the time-honored traditions of the fire service with a “Push-Back” ceremony. The first part of the ceremony involved washing, then drying off the new engine. Firefighters then pushed the new vehicle into the firehouse, a practice that dates back to the 19th century when horses could not properly back into the station with the wagon attached.

“I want to thank the Osceola Board of County Commissioners for their continued support of public safety,” said Osceola County Fire Chief Larry Collier. “By replacing aging apparatus in a timely manner with the best equipment possible, our firefighters will be better equipped to protect Osceola County residents and visitors.”

In recent years, Osceola County has invested $10.3 million in new fire station properties and $22.1 million in replacement stations and a dedicated fire training facility, as well as annual commitments of $1.3 million in apparatus replacement and $200,000-300,000 in tool and equipment replacement