Fire Professional of the Year goes to Pinellas Park FD 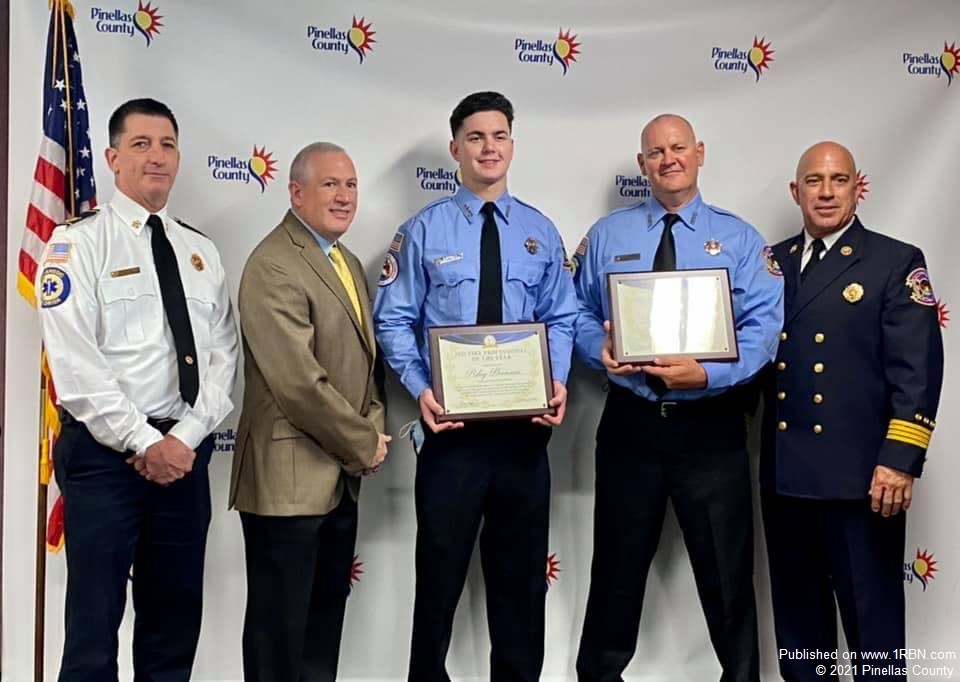 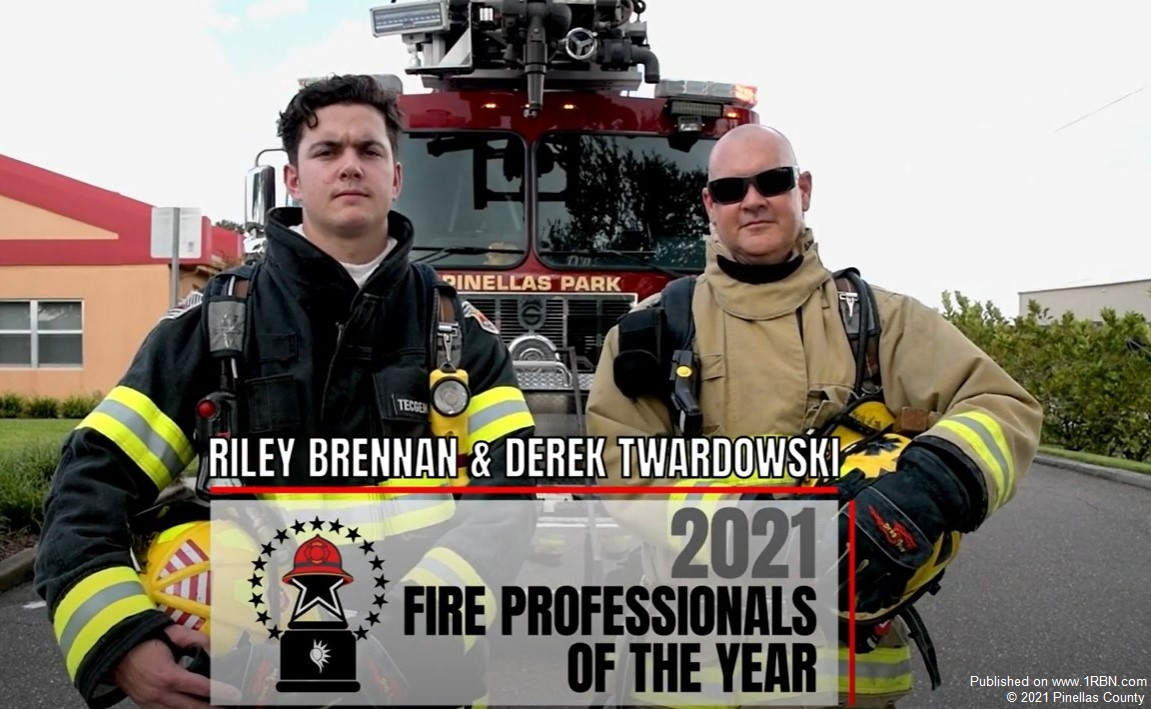 Pinellas Park, FL - On September 21, the Pinellas County 2021 Fire Professional of the Year Award was presented on behalf of the Pinellas County Fire & EMS system to Firefighter/Paramedic Derek Twardowski and Firefighter/EMT Riley Brennan in appreciation for their dedication to the fire service and in recognition of their heroic efforts during a residential house fire.
Earlier this year, Derek and Riley were on Rescue 34 responding to a house fire with reports of heavy smoke showing and victims trapped in the structure. They arrived as the first unit on scene and were told by neighbors that there was an elderly male still inside. They peered inside and saw the man on the floor, so without hesitation, they entered the smoke-filled structure and removed the unconscious victim from the burning home to safety.
As units began arriving, Riley began treatment on the burn victim’s wife for smoke inhalation while Derek notified dispatch of a trauma alert due to the victim's 2nd and 3rd degree burns. He began advanced treatment and accompanied the patient in the ambulance to Tampa General Hospital’s Burn Center. Both Derek and Riley show a genuine commitment to serve the citizens of Pinellas Park and risked their own lives in making this heroic rescue. Derek is a 23-year veteran of the Pinellas Park Fire Department. Riley is a 3rd generation firefighter and was hired by Pinellas Park in 2020.