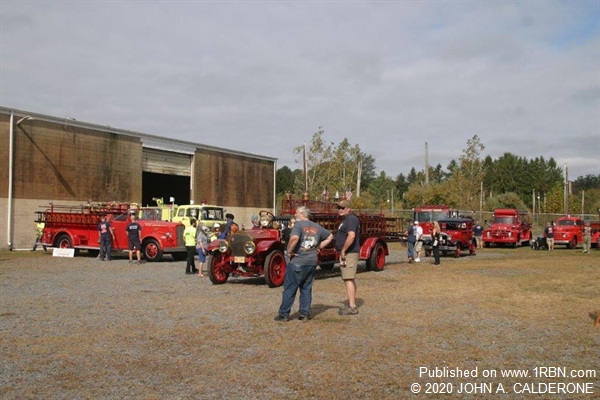 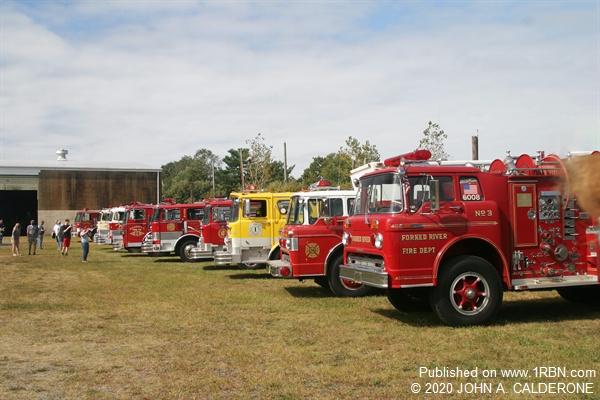 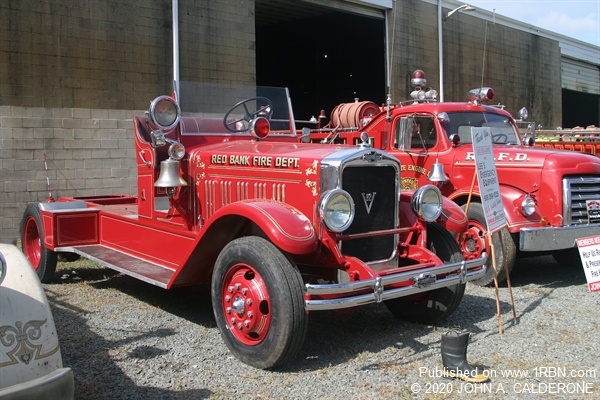 Due to the times, all participants filled out a COVID questionnaire and had their temperature taken before entering the muster area. More pieces of firefighting apparatus were in attendance than in past years. Some 60 rigs were on display which included museum pieces, privately owned apparatus and some in-service units, all spread out over the property.

The American La France tractor of Red Bank's former tiller apparatus was revealed for all to see. It has been refurbished by Lee's Emergency Equipment. For a small donation, attendees could vote on which rig should be restored next by the museum. The choice of three included the Red Bank tiller section.

Food and beverages were available as well as fire safety demonstrations. The Fallen Firefighter Memorial service took place at 1 p.m., which included a bagpipe band and taps.

It was a great “mental therapy” day for people to get out and enjoy the day, surrounded by current and past fire service apparatus veteran apparatus.

The museum group looks forward to an even better event next year.