Mineola Fire Engine Company Celebrates 100 Years of Dedicated Service; (Mineola Fire Dept. Engine 3 has been serving the Village since 1922 – a Centenary of Service) 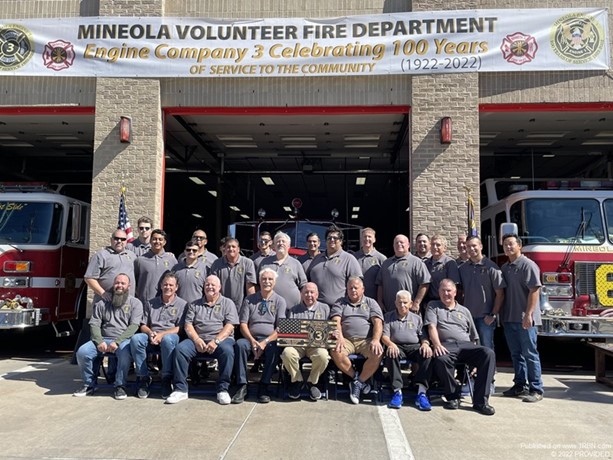 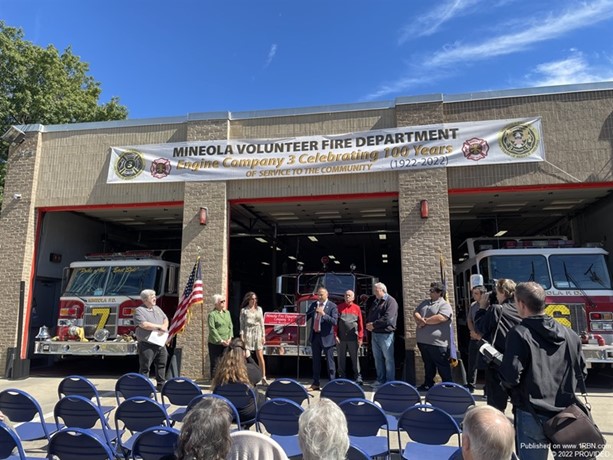 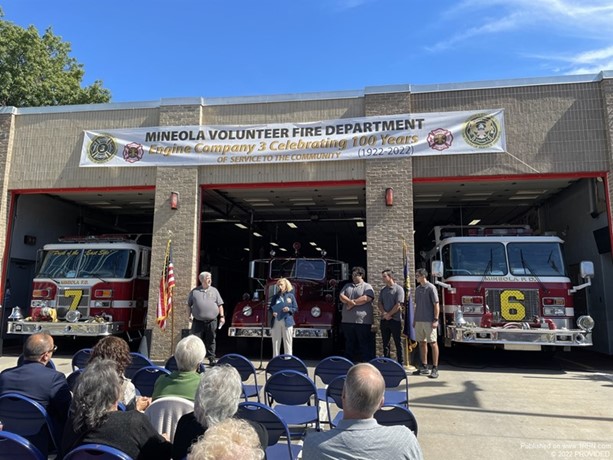 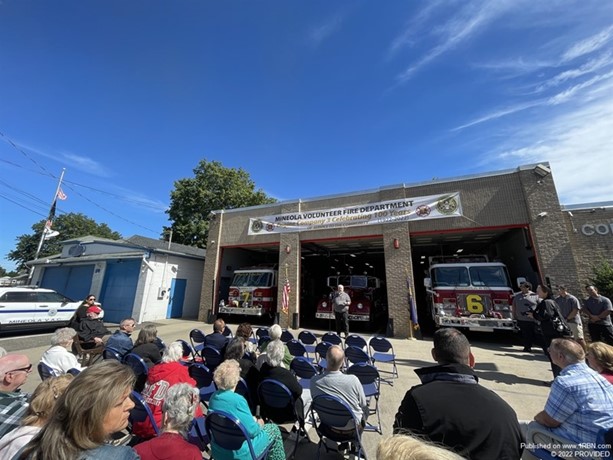 Photo by DANIEL MARTINSOriginal firehouse is pictured on left. 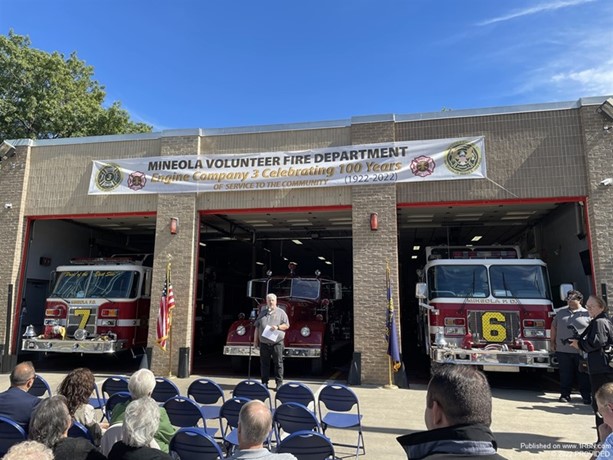 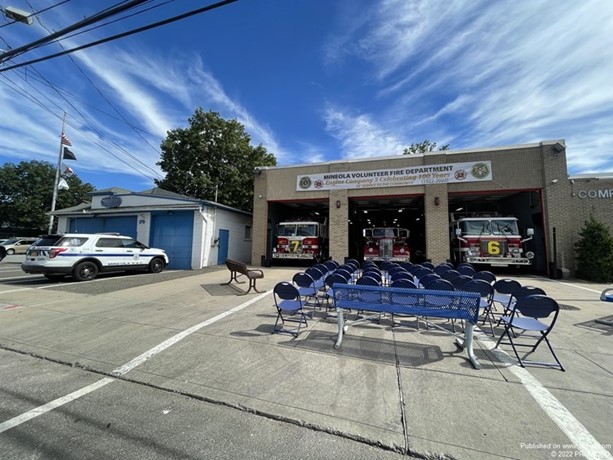 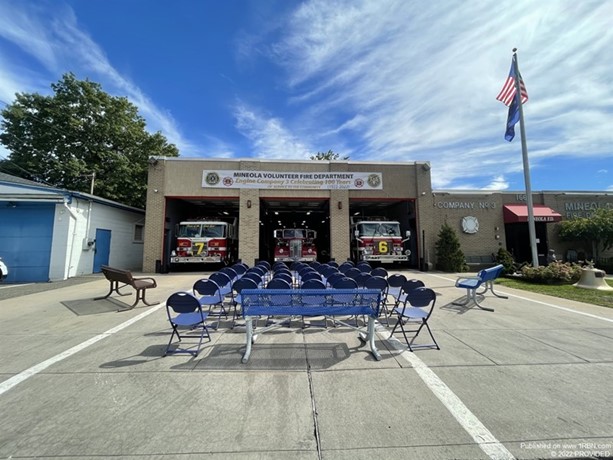 MINEOLA, NY - Mineola Fire Dept. Engine Co. 3 celebrates 100 years of dedicated service to the community. The Engine 3 fire company was formally organized on August 22, 1922, and the original firehouse built by the membership still stands. A brief ceremony and event was held at 12:30p.m. on Saturday, September 24th at Mineola Engine Co. 3 – 166 Elm Place in Mineola, NY.

Before Engine 3’s firehouse was built, the firemen held their meetings in local public buildings or in members’ homes and barns throughout the Village. The only piece of firefighting equipment on the east side of the railroad tracks before then was a hose reel stored in a small building, about the size of a one-car garage. Engine 3’s firehouse was erected by the founding members of the Company in their spare time, and opened in 1923. On March 19, 1983, Engine 3 dedicated its new, larger and modern quarters, next door to the old firehouse. The original structure is still serving the emergency needs of the Village of Mineola as the headquarters for the Mineola Volunteer Ambulance Corps.