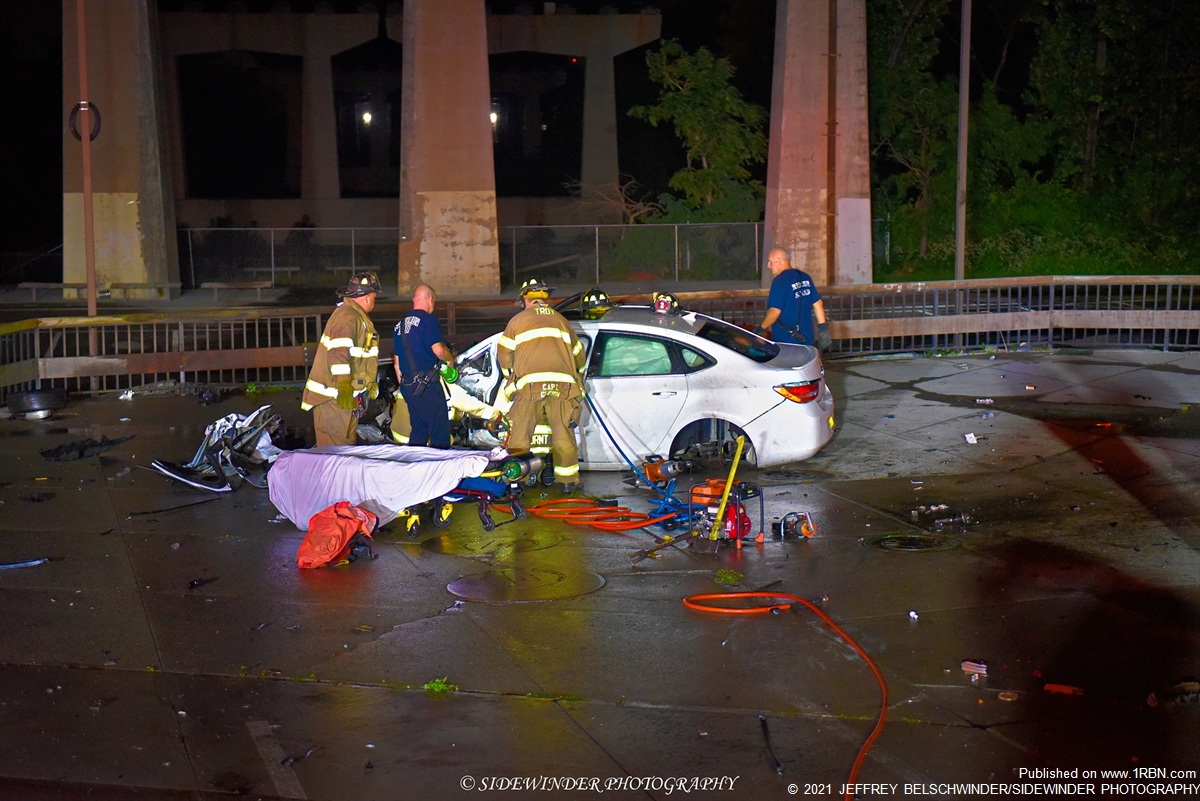 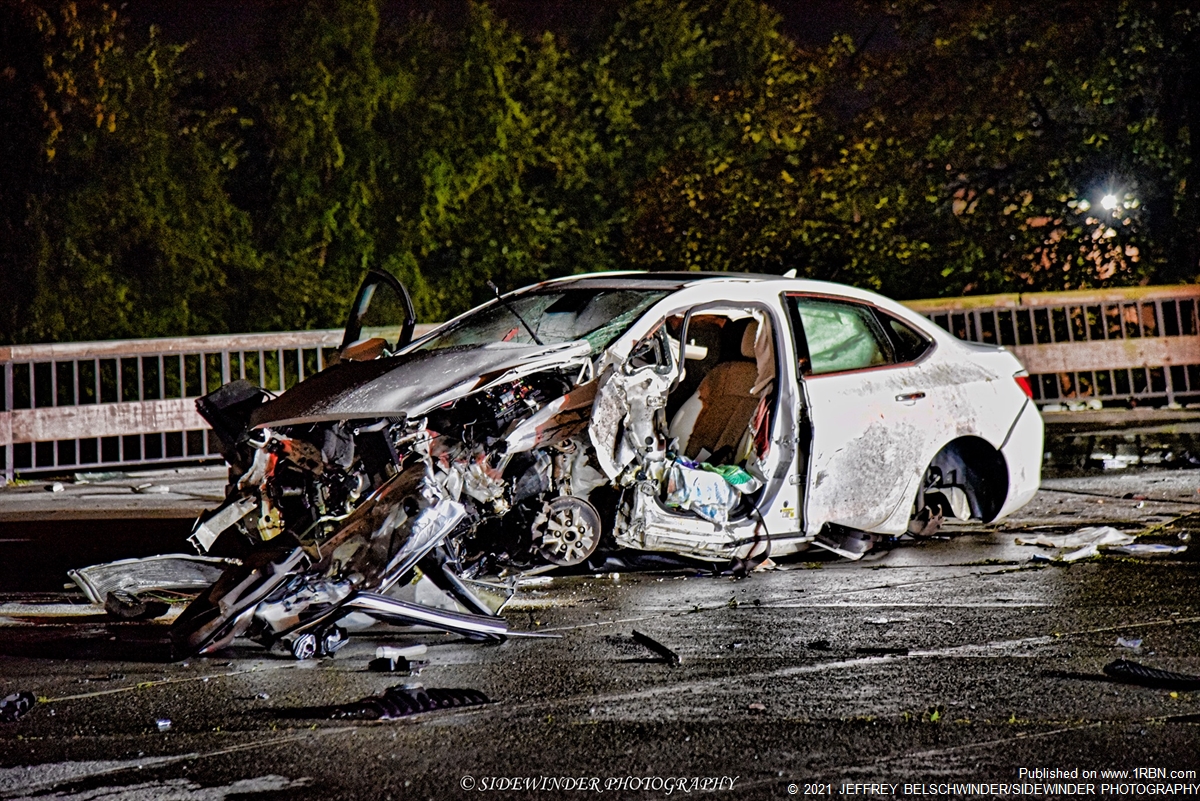 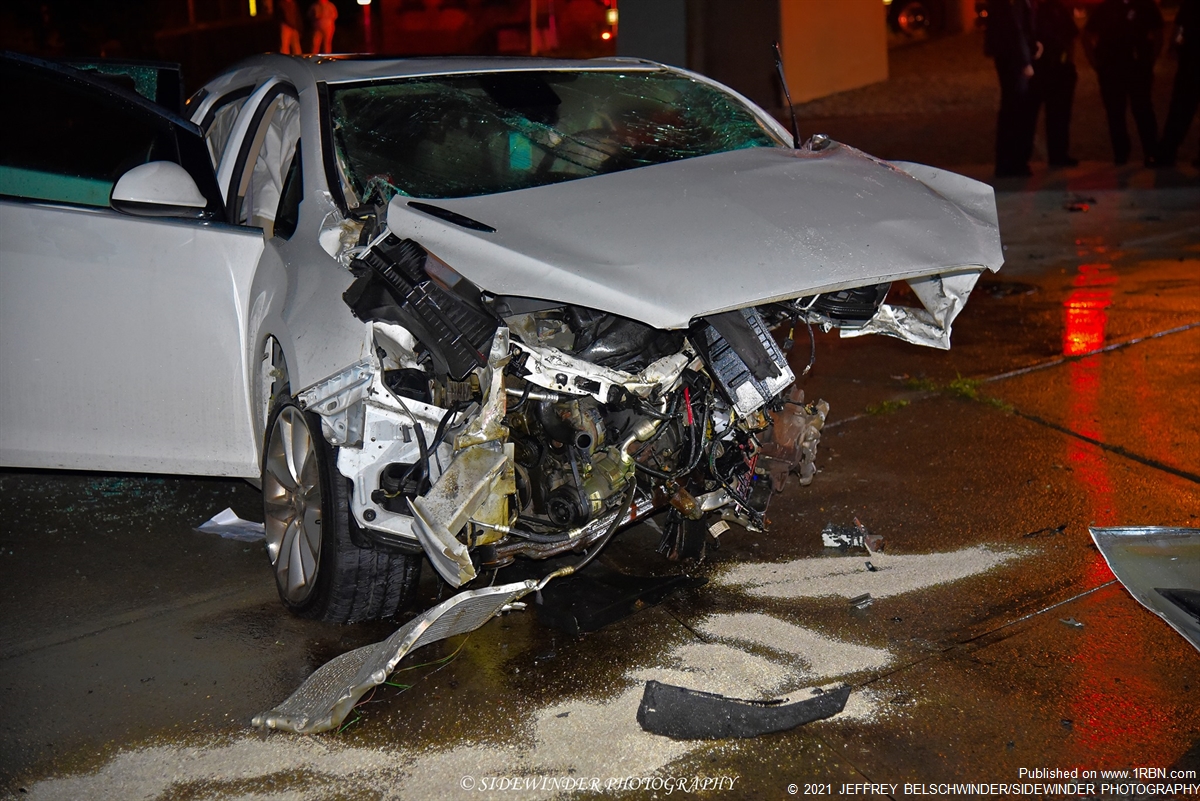 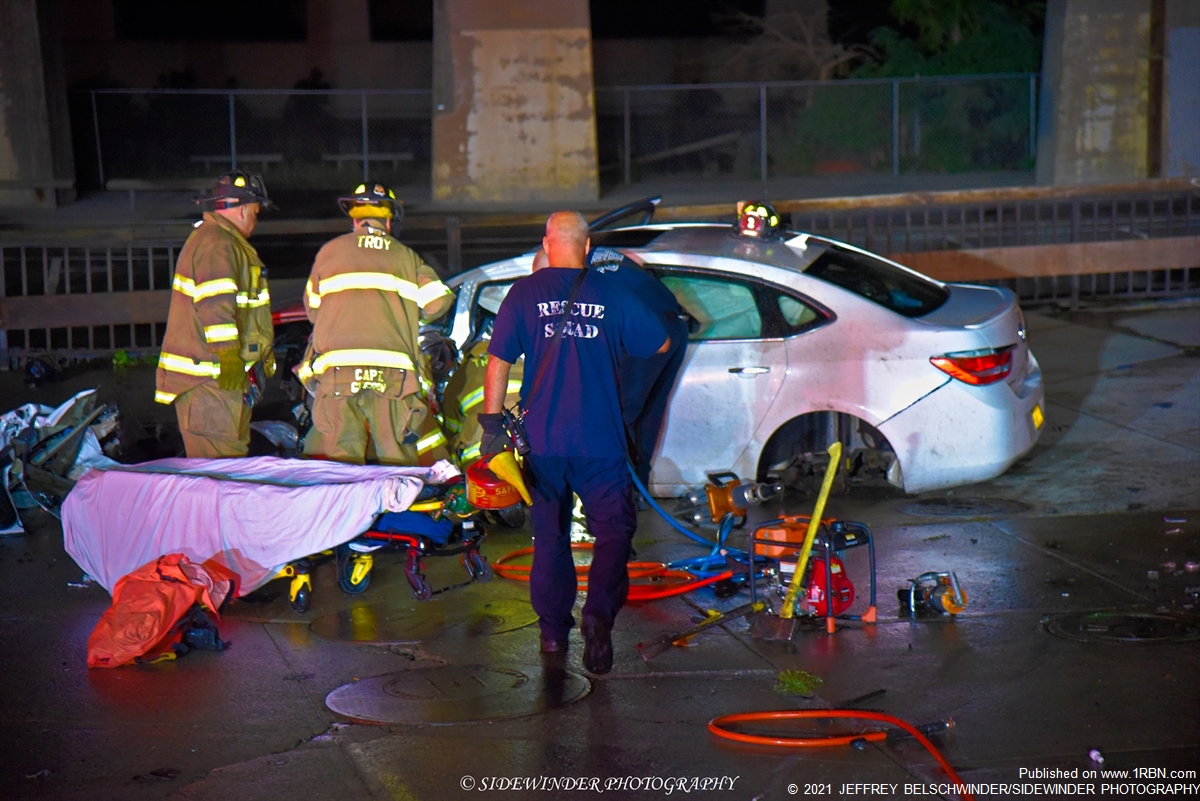 TROY, NY - On September 8th just after 10:41 P.M., the City of Troy's Fire and Police Departments were dispatched to the intersection of River Street and Hoosick Street for a delta determined traffic accident rollover with heavy entrapment.

Within two minutes, the rescue squad, along with Truck 2, Medic 4, and the battalion chief arrived on scene and confirmed a single-car rollover, with the vehicle off the roadway and under the Hoosick Street overpass. Firefighters attempted to access the patient inside of the vehicle, but due to heavy entrapment extrication was required.

The battalion chief requested additional manpower to the scene. Police arrived and shut down the intersection as other officers made their way down to the scene where they found a vehicle that was missing a large portion of the front end, and car parts scattered up to 30-feet away from the vehicle. With a large amount of fluid leaking from the vehicle, firefighters deployed a single hand line down to the scene in case of a fire.

Firefighters were able to free the driver's legs after a short period of time, at which time they were placed on a backboard and quickly transported to Albany Medical Center.

Damage to a wall and sidewalk area on scene suggests that the driver of the vehicle came down Hoosick Street and hit a wall just before the staircase by the underpass, and then rolled down into the location where the vehicle eventually landed.

Police took photos of the incident and made a report. The vehicle was later removed by a tow company and the intersection was re-opened. At this time police did not indicate if alcohol or any other substance was a contributing factor to the incident.