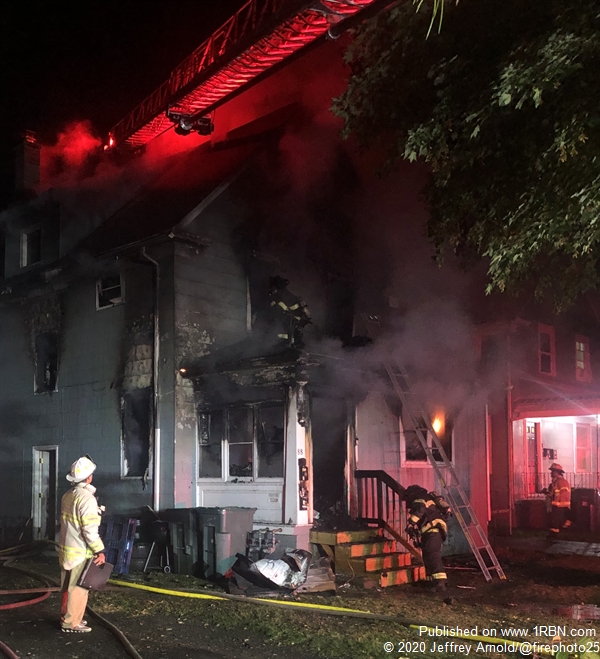 Photo by Jeffrey Arnold/@firephoto25House fire on Lincoln Avenue in Rochester.

Rochester, NY - On Friday, September 25th at 10:44 P.M., Rochester firefighters responded to a house fire at 88 Lincoln Avenue. Units went on location with heavy smoke and fire conditions in a two-and-a-half story house. The fire proved difficult to extinguish due to hoarding conditions in the home. The blaze was brought under control in about 40 minutes, with firefighters remaining on scene for several hours performing overhaul operations. One occupant was treated for a minor injury. Three adults and one child were displaced by the fire and were being assisted by the Red Cross. The cause of the blaze is believed to have been of accidental origin, with the exact cause remaining under investigation.