SUV Crashes Into Second Floor of Home in Norwich 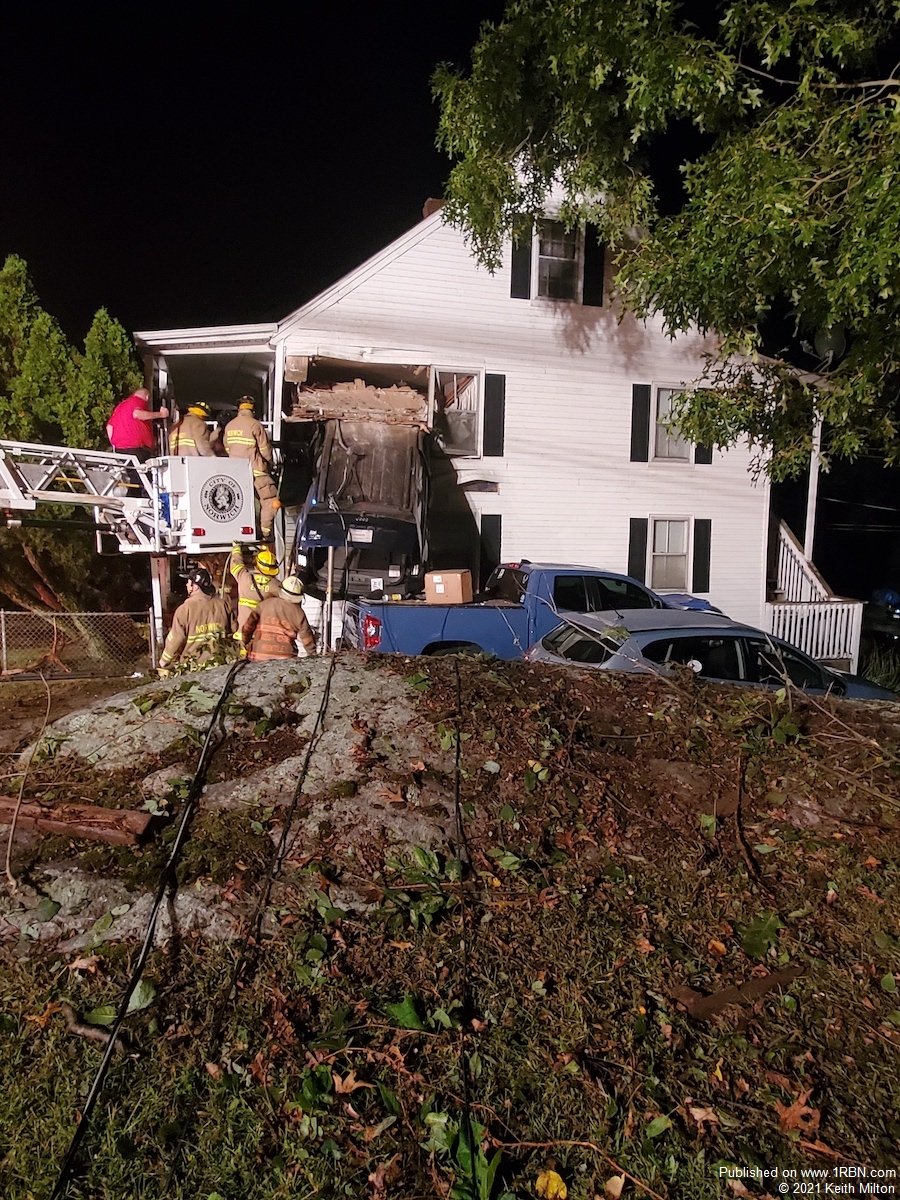 Photo by Keith MiltonCrews assessing and gaining access to the driver. 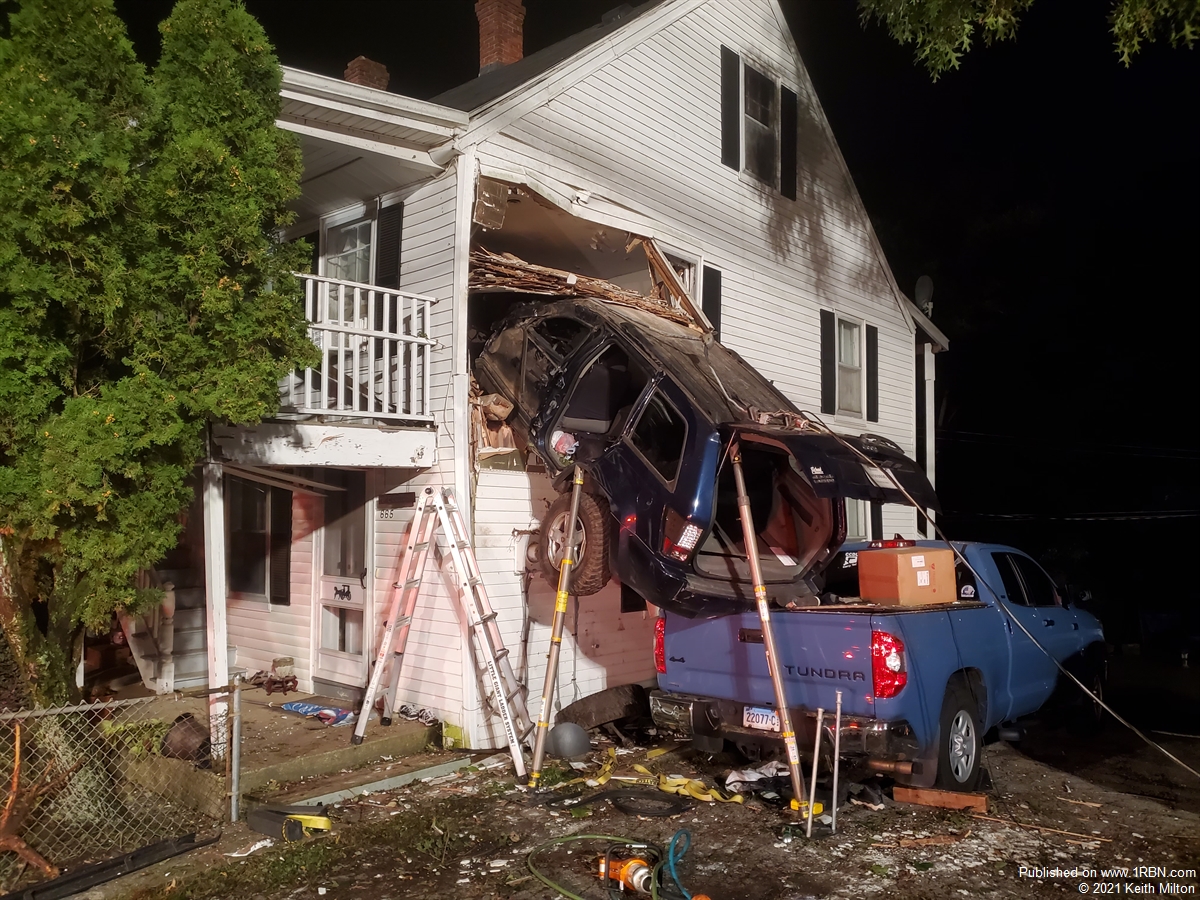 Photo by Keith MiltonAfter the driver was extricated. 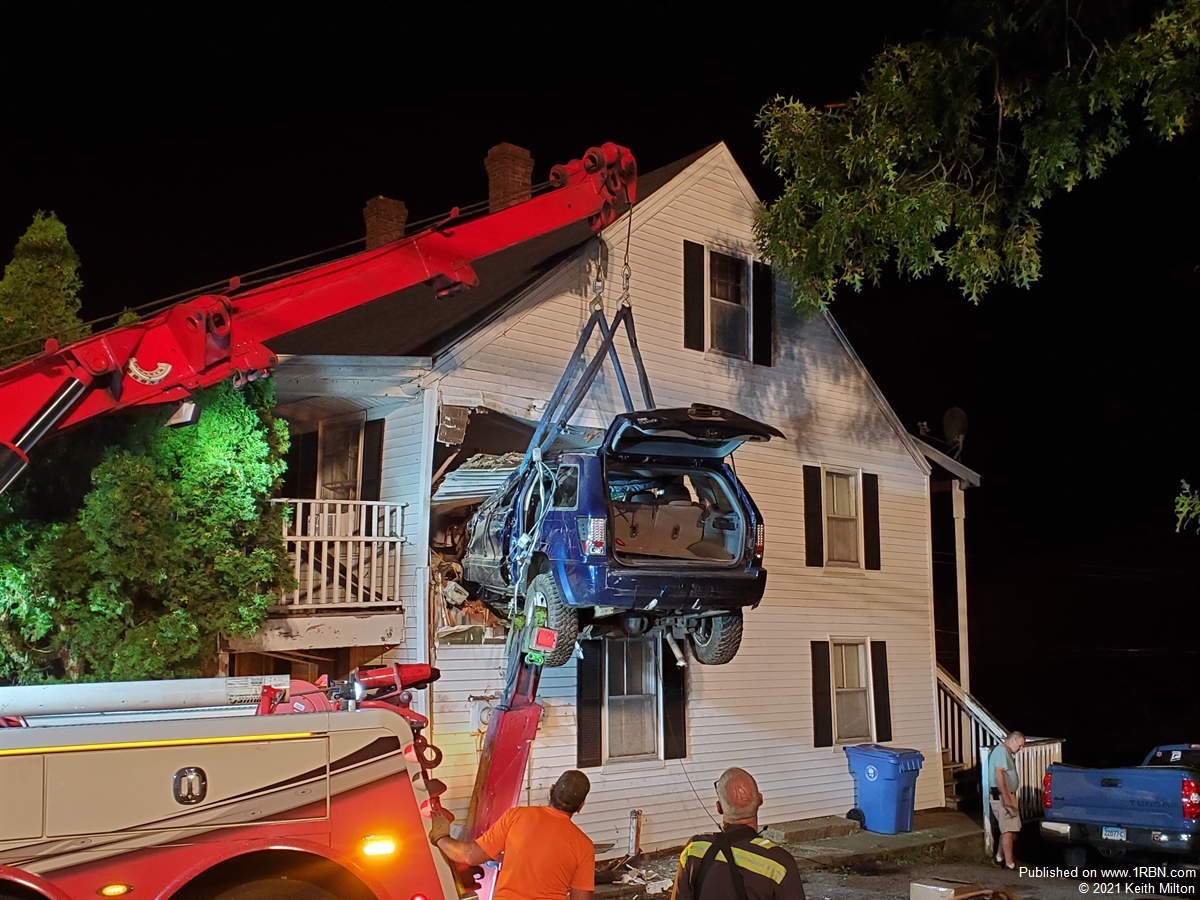 NORWICH, CT - East Great Plain Vol. Fire Co. was dispatched on September 25th at 1:30 A.M. for a reported MVA at 665 West Thames St. involving a car into the second-story of the house.

Car 5 (Chief) arrived and found significant damage to the house after the vehicle had crashed into the second floor. The front end of the SUV was inside the house and the back end was resting on the bed of a pickup truck parked in the driveway. The driver of the SUV was still inside. All occupants of the three-family home were outside and accounted for.

The SUV crashed into the 'A/D' corner of the house, into a bedroom where a husband and wife were sleeping. Luckily, the wife only sustained a very minor injury. The power service to the home was resting on top of the vehicle and needed to be disconnected. Utilities were notified of the incident and responded.

After assessing the scene, Car 5 called for additional assistance from the City of Norwich Fire Dept. which brought in BC1, E3, and Truck1. EGP Rescue 5 arrived and a plan was developed on how to get the driver out of the vehicle. E52 arrived and secured a water supply. BC1, E3 and Truck 1 arrived shortly after. The plan was communicated to all arriving departments and members, and once the power was disconnected to the residence, it went into effect.

R5 used their rescue struts to stabilize the vehicle and truck parked in the driveway. Truck 1 was set up in front of the house and used their bucket to asses and gain access to the driver. Crews used R5 hydraulic tools to remove the rear driver's side door to gain access. The driver was removed and turned over to EMS.

Teamwork was crucial at this incident due to the vehicle hanging out of the house and the structural damage the house sustained. This incident went flawlessly due to the coordinated effort of all agencies involved. There were no injuries to firefighters. After the driver was extricated, a rotator wrecker was brought in to remove the vehicle.