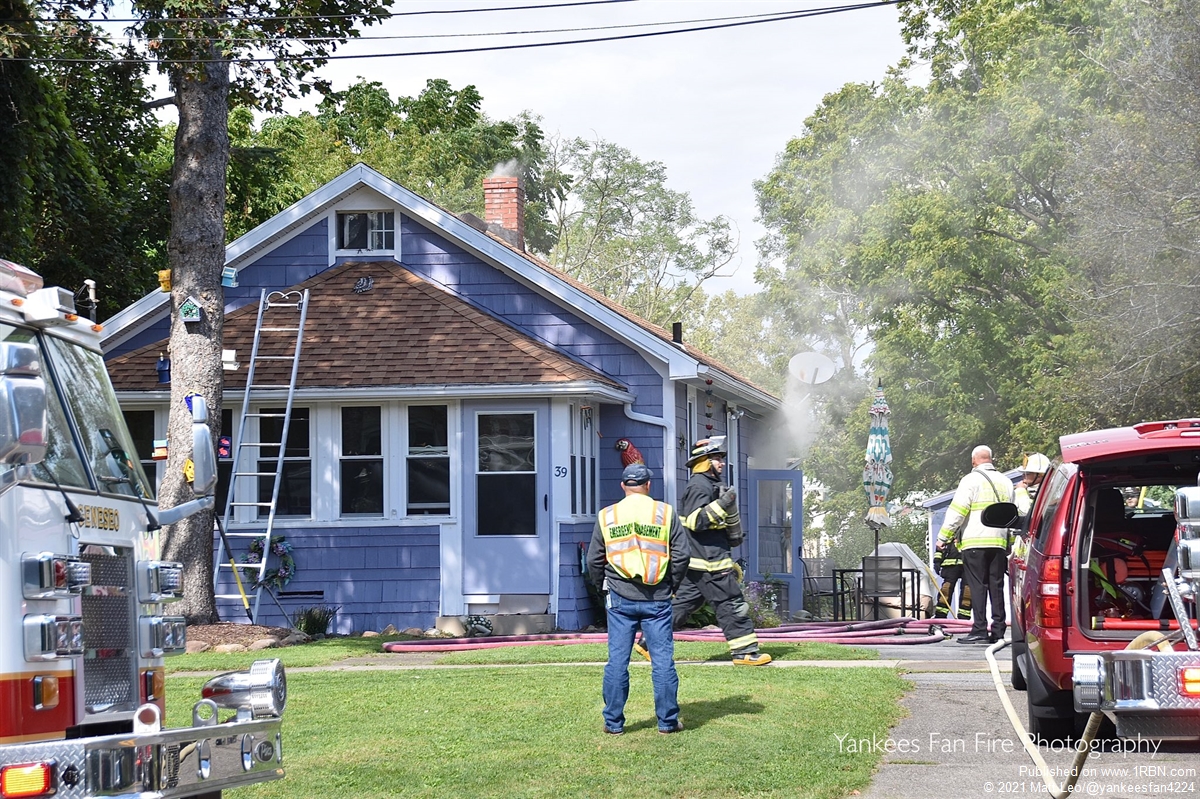 Photo by Matt Leo/@yankeesfan4224House fire on North Street in Geneseo.

GENESEO, NY - On Friday, September 24th at 1:46 P.M., Geneseo firefighters were dispatched to a possible house fire at 39 North Street. Fire Chief Andrew Chanler and Geneseo Police officers were met by the homeowner, who believed there was a fire in the basement.

A working fire was declared and assistance was summoned from Livonia, Mount Morris and East Avon Fire Departments. Firefighters made entry into the basement and began to gain control of the flames. The fire had extended into the walls and ceilings of the first floor as well as the attic, making the fire difficult to extinguish.

The cause of the fire was determined to be from outside electrical service wires shorting, affecting wires inside the residence. The interior suffered extensive smoke and water damage, but there were no injuries reported.