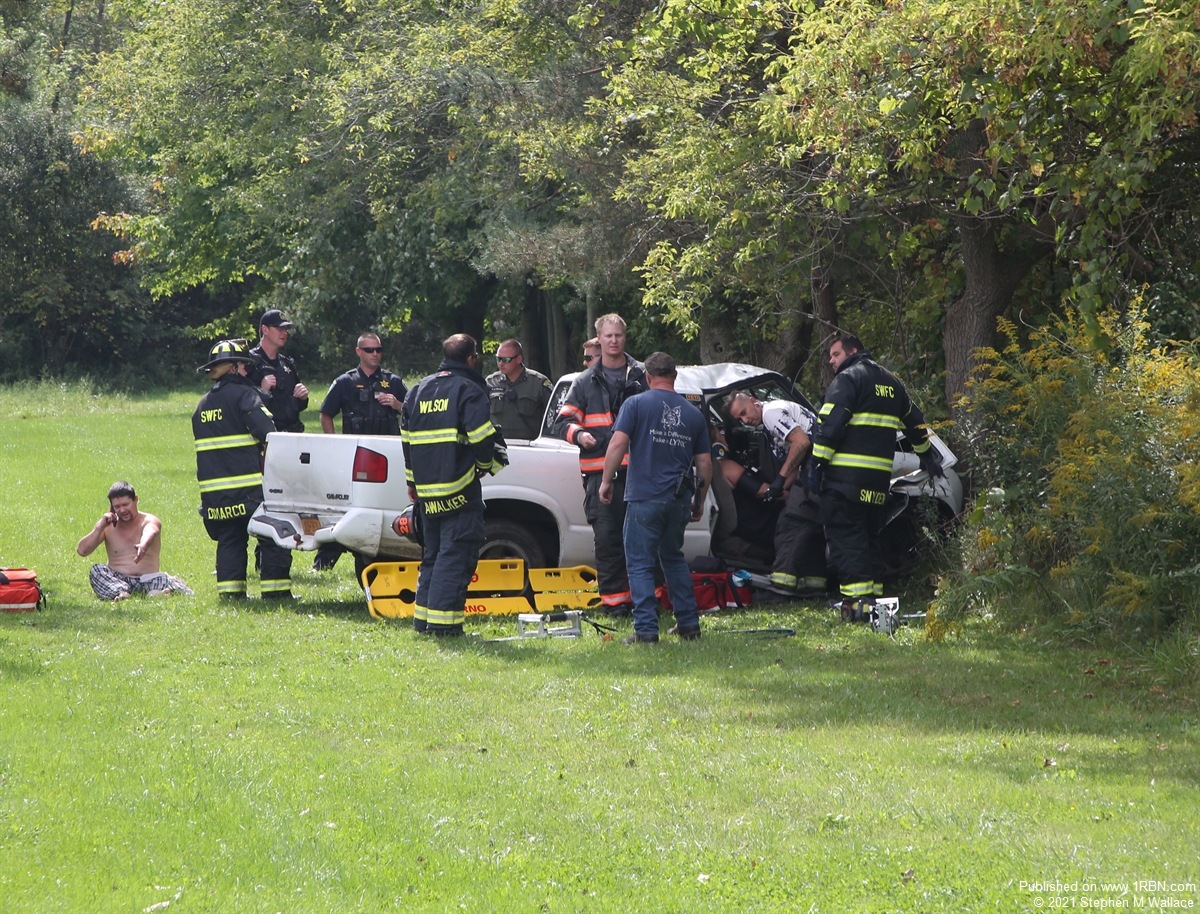 Photo by Stephen M WallaceThe pickup left the road and traveled hundreds of feet before hitting the tree head-on. The driver was on his cell before EMS arrived. 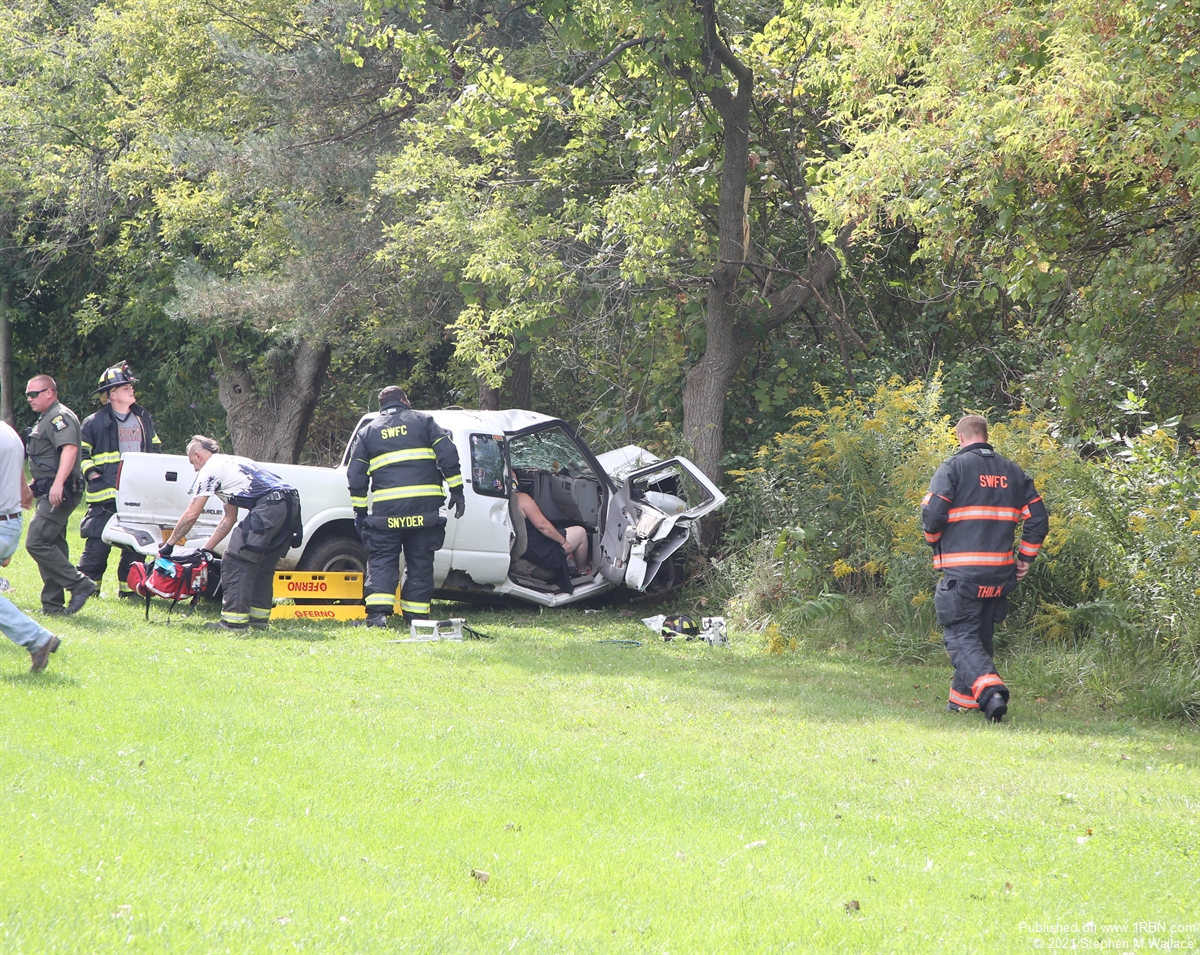 Photo by Stephen M WallaceSouth Wilson and Wilson Rescue and EMS head towards the vehicle off the road. 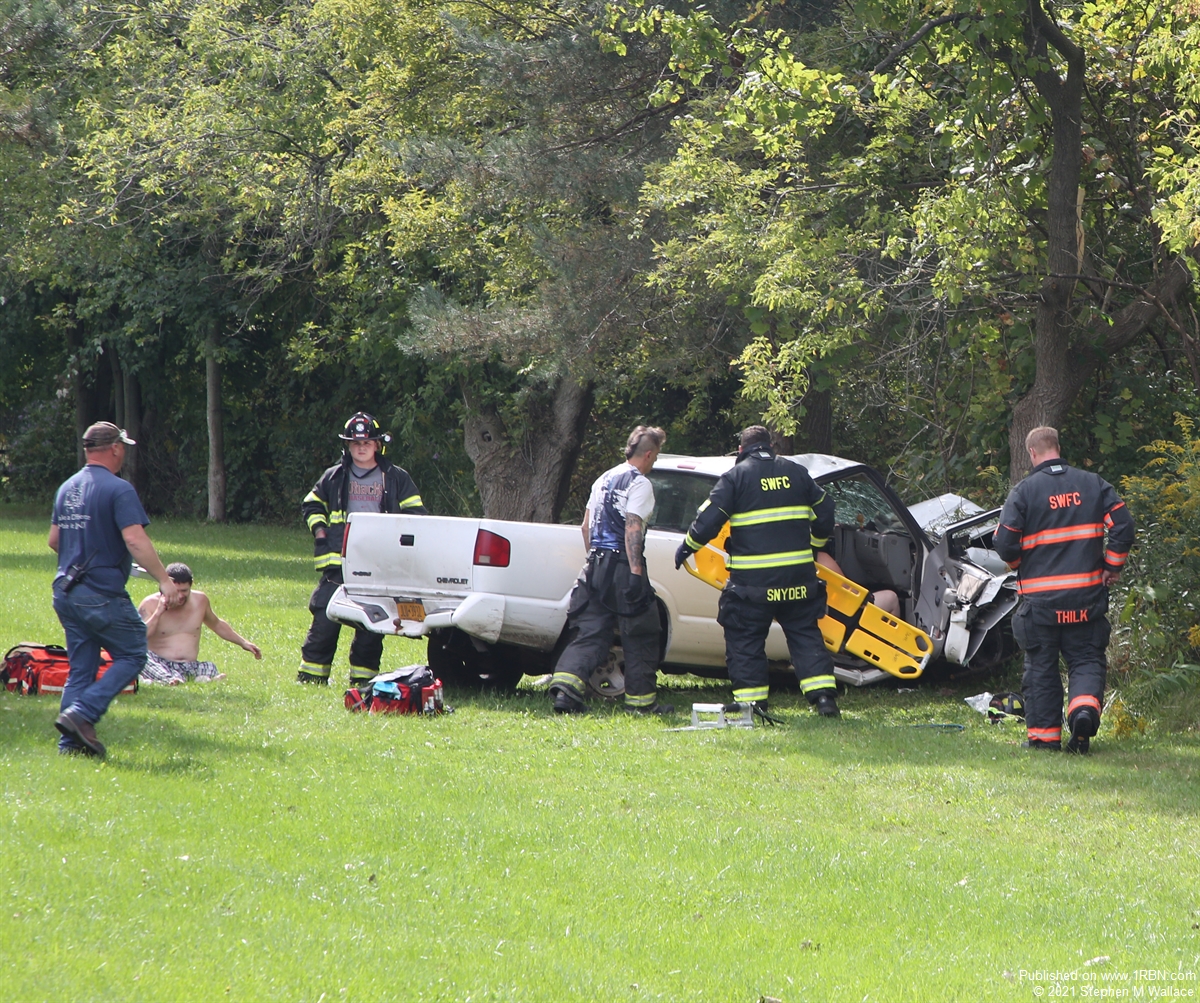 Photo by Stephen M WallaceEMS inside the passenger's side packaged the victim for transport. 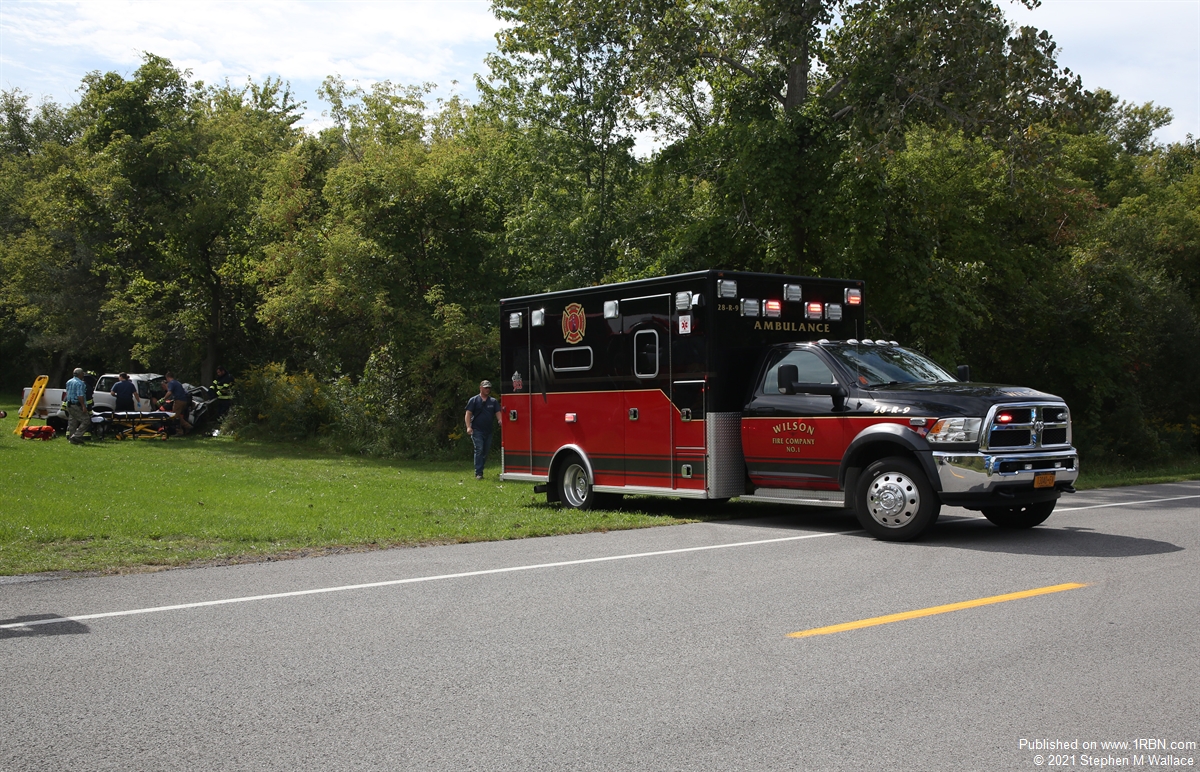 Photo by Stephen M WallaceWilson ambulance, driven by their Chief, positioned the ambulance for a rapid exit to take the passenger to Mercy Flight. 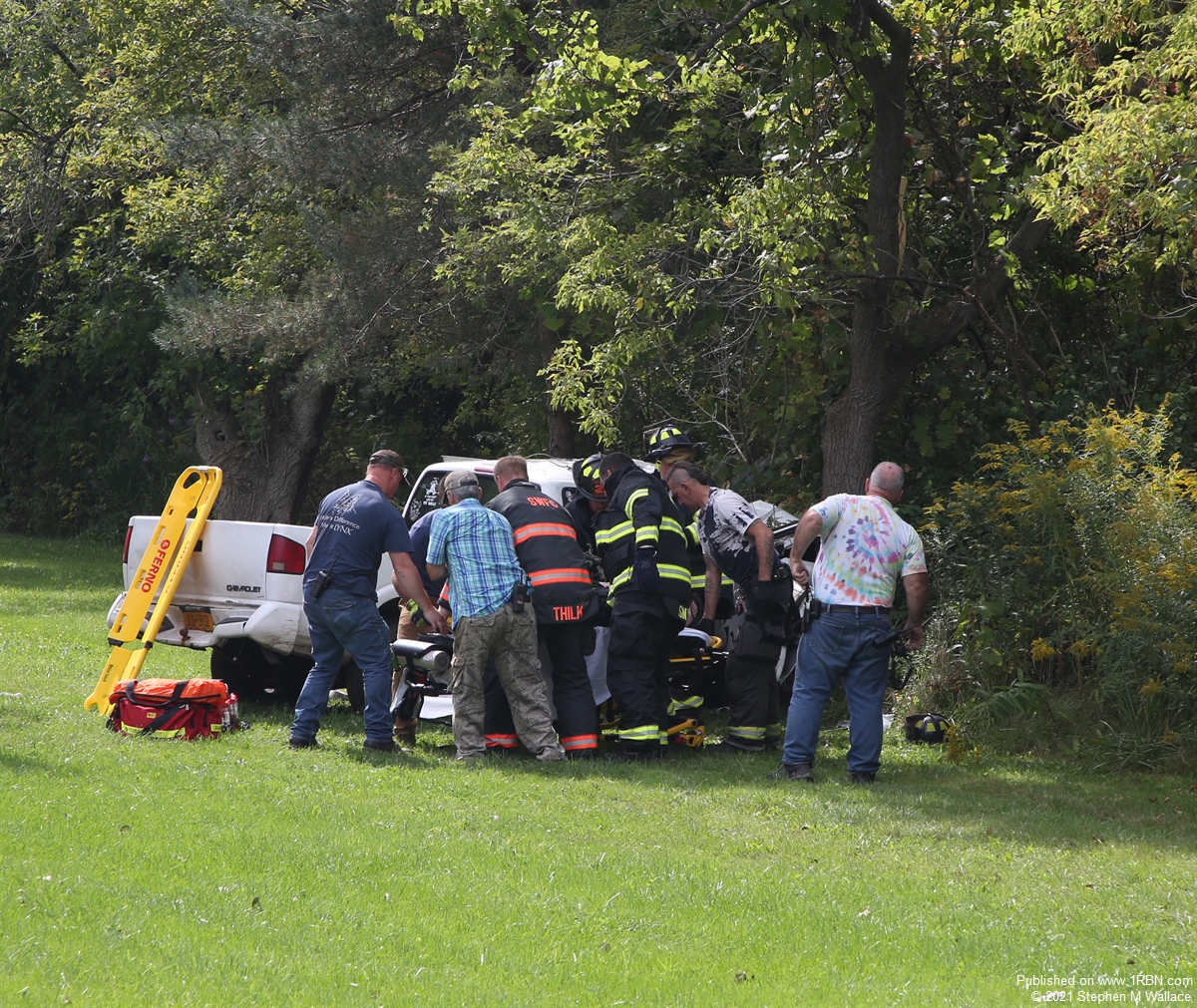 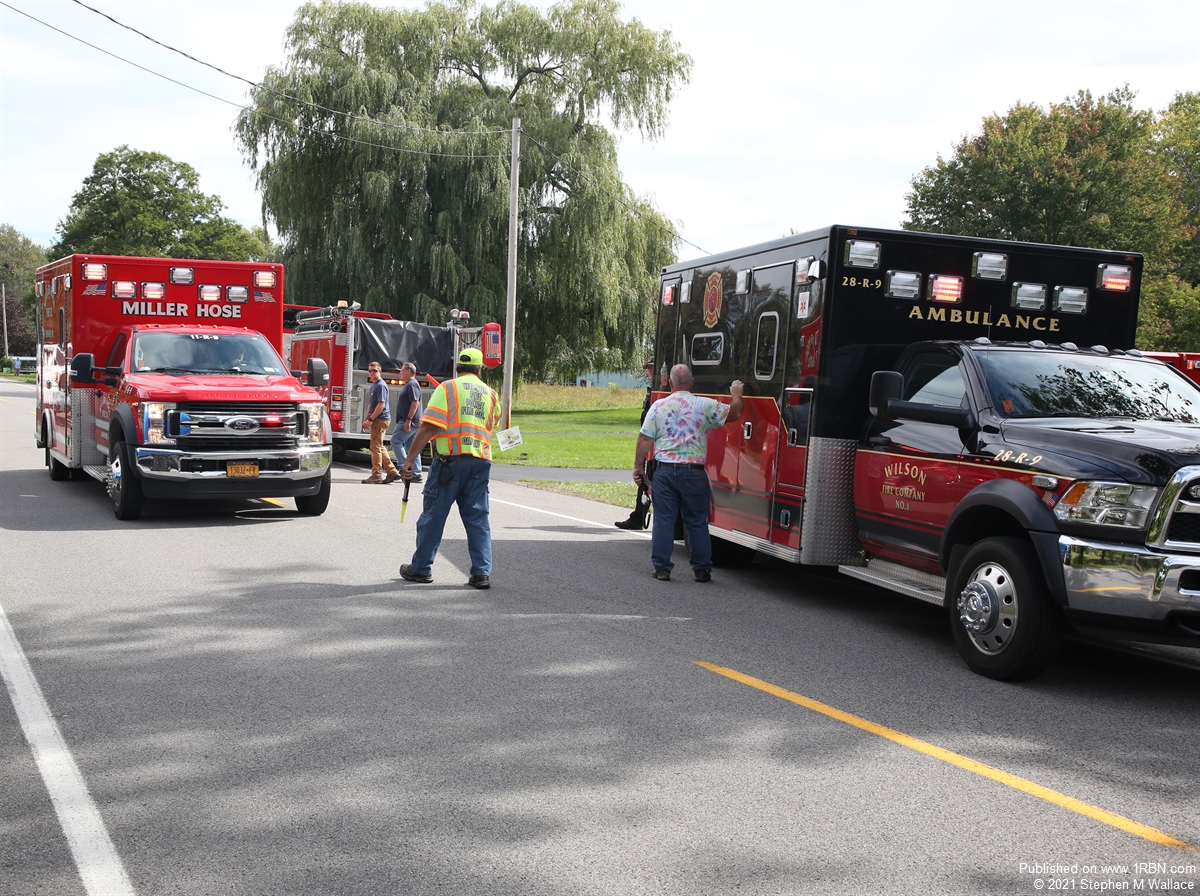 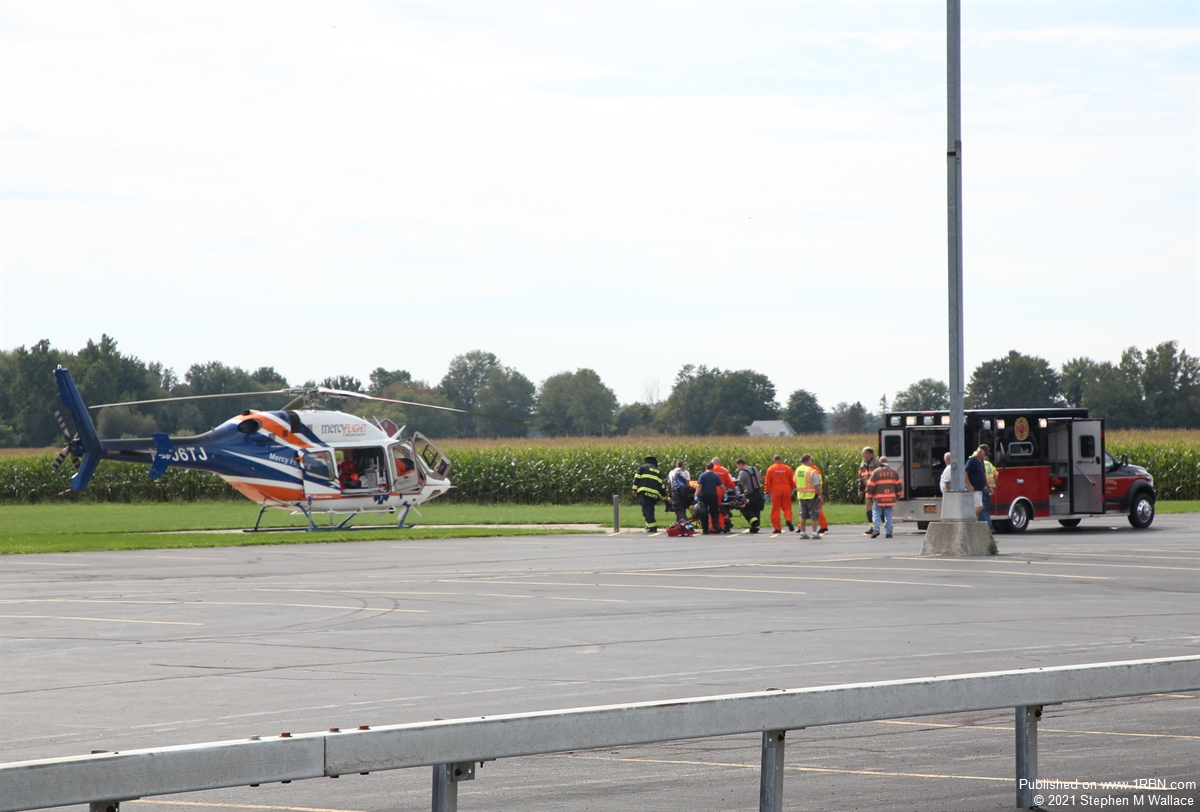 Photo by Stephen M WallaceCrews assisted Mercy Flight Medics with loading the victim into the helicopter. 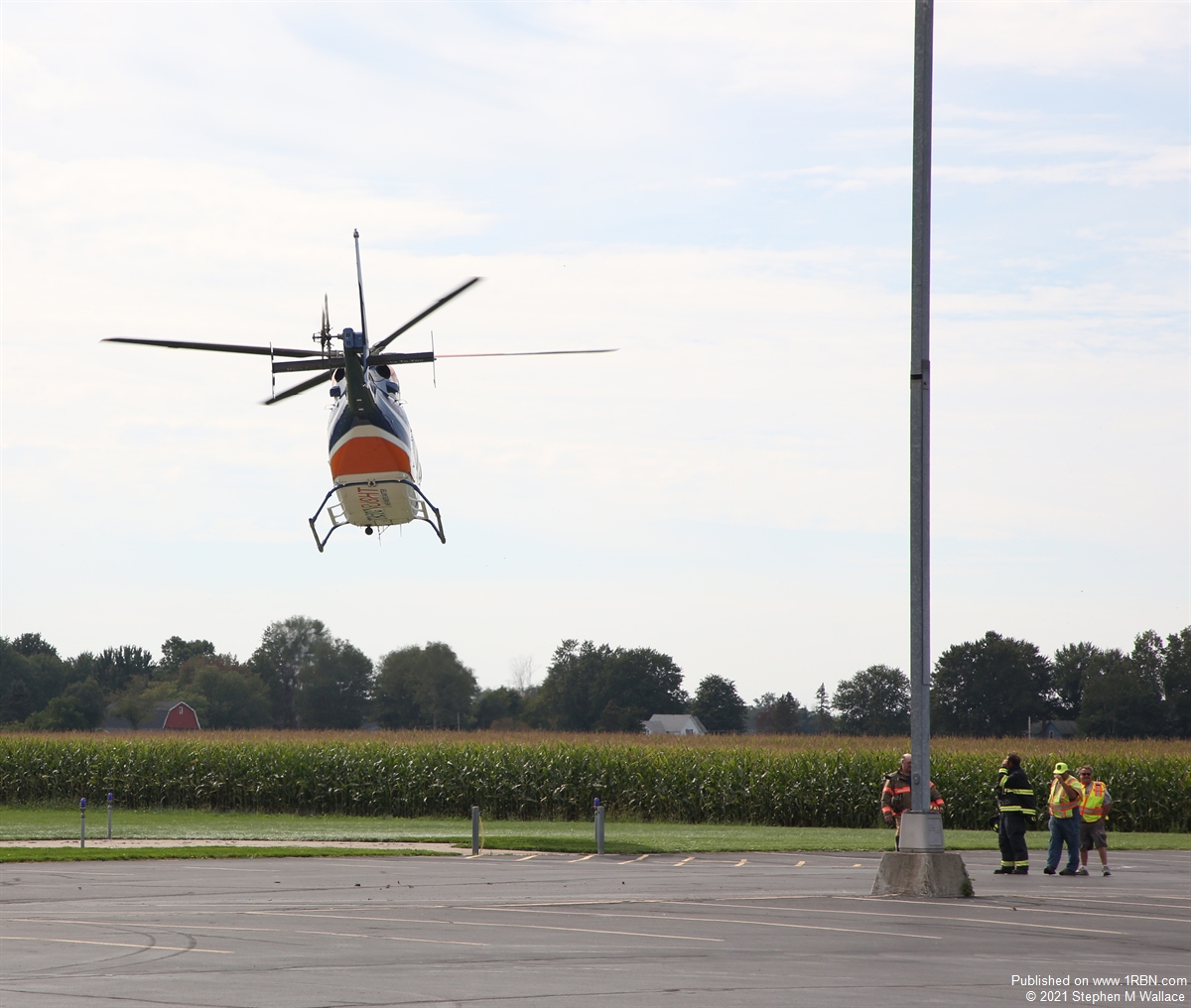 WILSON, NY - South Wilson Rescue, Wilson EMS, Miller Hose EMS and Mercy Flight all took part in a head-on accident in the Town of Wilson on September 25th, when a pickup truck left Chestnut Road and hit a tree head-on.

The driver had self-extricated and was sitting on the ground behind the truck using his cell phone before EMS arrived. The passenger was collared and back-boarded before being removed from the passenger's side. The truck had left the south side of the road and traveled hundreds of feet off the road before slamming head-on into a tree. The impact was great enough to fold the engine and roof compartment on the pickup truck.

Niagara County Sheriff Deputies walked around the scene trying to figure out exactly where the truck left the road, and what the circumstances may have been for leaving the roadway.

The injuries of the two patients did not appear to be life-threatening.