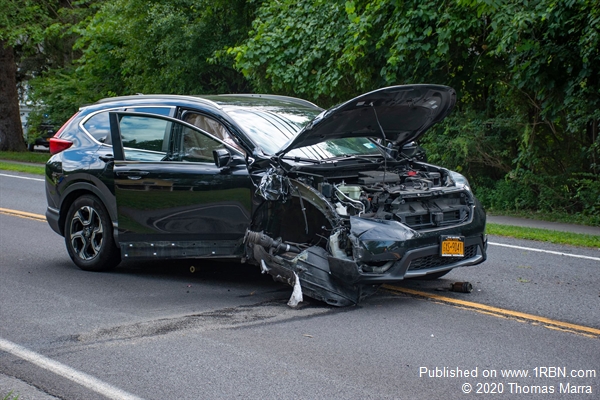 Photo by Thomas MarraA pregnant driver was taken to the hospital after crashing into utility pole on Elsmere Avenue. 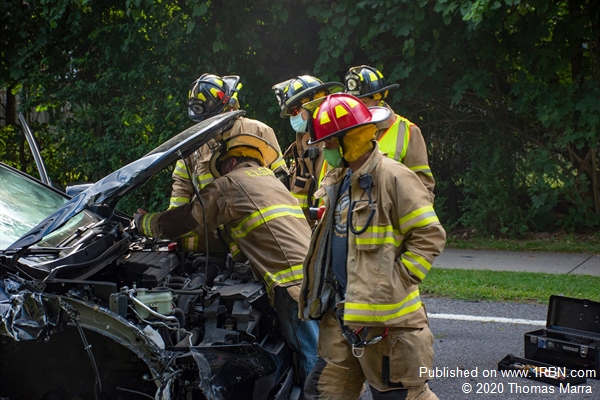 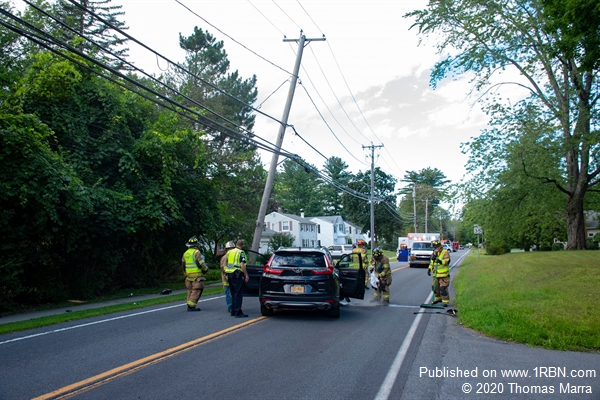 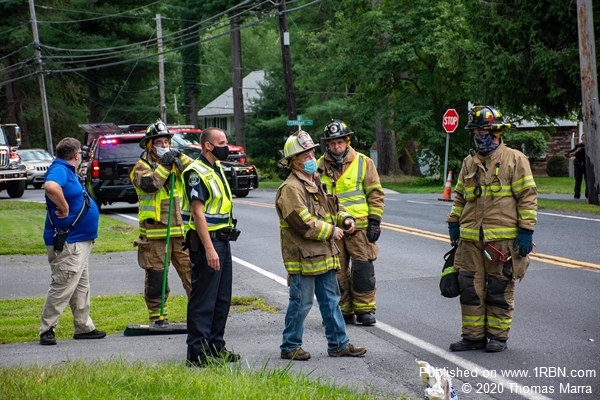 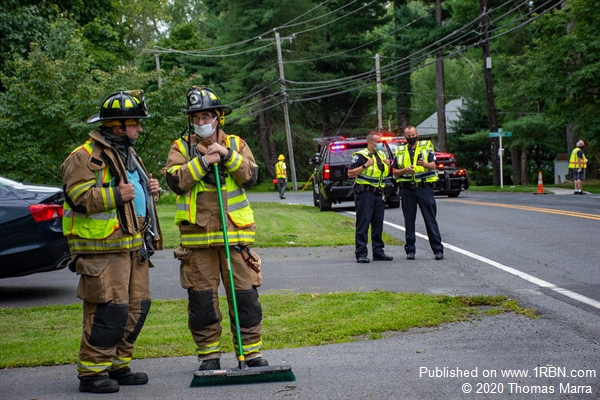 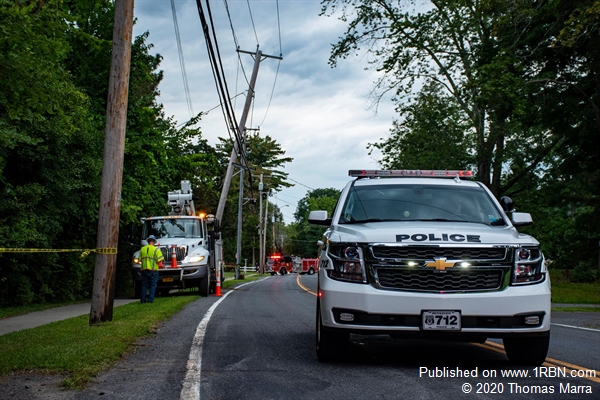 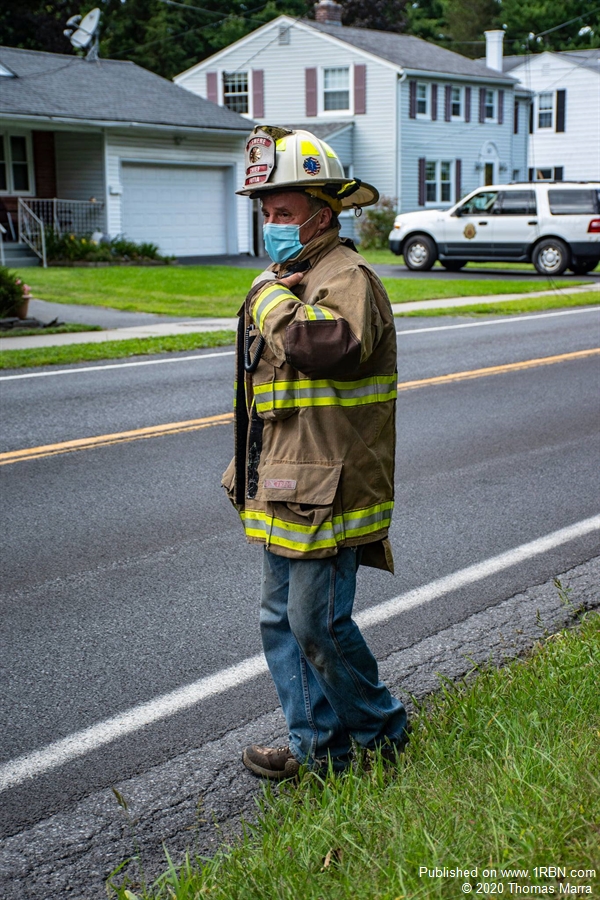 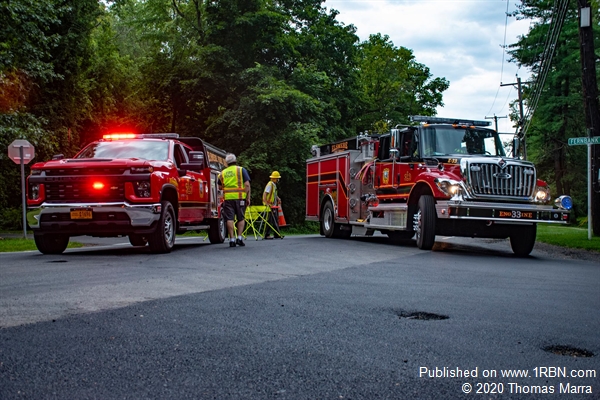 A car crashed into a utility pole on Elsmere Avenue, sending the pregnant driver to the hospital.

The Elsmere Fire Department was dispatched with Delmar-Bethlehem EMS, Albany County Paramedics and Bethlehem Police for a car that had crashed into a utility pole on Elsmere Avenue at Fernbank Avenue around 4:30 p.m. on Saturday, September 5.

The driver of the vehicle is reportedly 36 weeks weeks pregnant and was transported to the hospital as a precaution, according to Assistant Chief Marc Futia of the Elsmere Fire Department.

"She hit the pole and at one point she did go airborne, spun around and rested right in the center of Elsmere Avenue," Futia said.

The pole was split at the bottom and upon arrival of National Grid, Futia says he was told the service line from a house was the only thing holding the pole up.

Elsmere Avenue was shut down at Fernbank Avenue and at Fairway Avenue while fire crews and National Grid were on the scene.

Futia says there doesn't appear to be speed involved and says it is believed a medical situation occurred, leading to the accident.

He says the mother and the baby appeared to be in good condition and transport to the hospital was only precautionary.