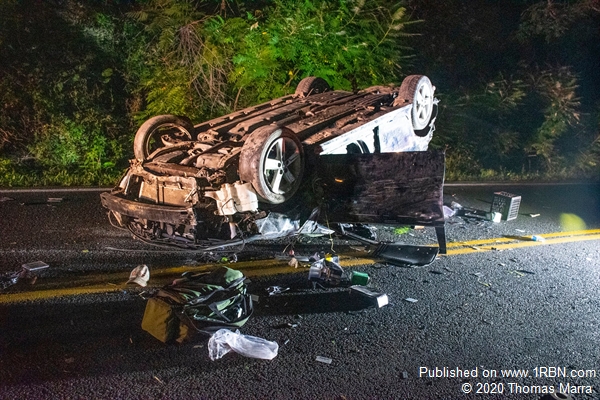 Photo by Thomas MarraA car rolled over, sending the driver to the hospital and scattered debris across the roadway. 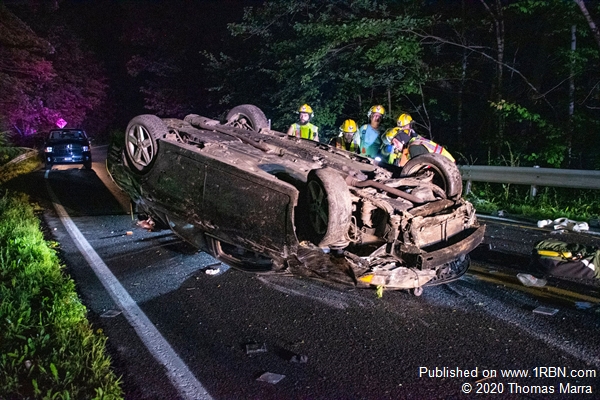 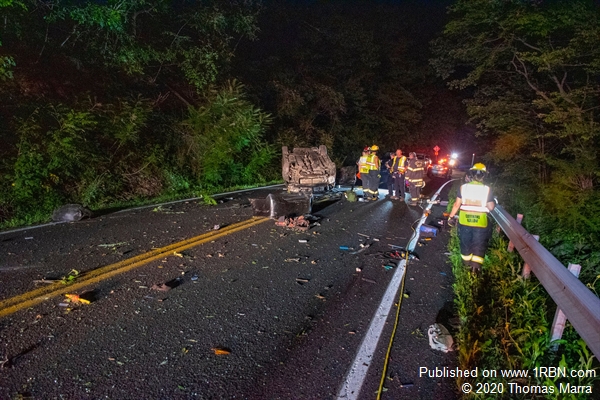 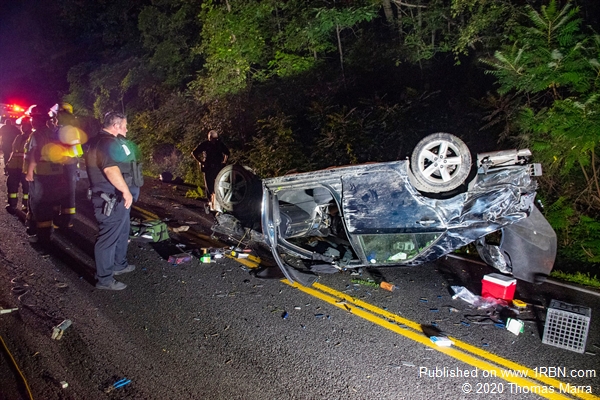 The call was dispatched at 8:45 p.m. on Monday, August 24th, as a vehicle on its roof on Blodgett Hill Road near Route 396 in Coeymans Hollow.

Upon the arrival of Assistant Chief Jody Burrows of the Coeymans Hollow Fire Department, he says he arrived to a car on its roof with debris including shattered glass, screws and various tools scattered across the roadway and the driver still in the car with their foot stuck underneath the steering wheel.

Burrows says the car went off the roadway and in the embankment approximately 50 yards from where the vehicle came to a stop.

He said the driver was conscious and told him everything hurt everywhere.

"He was more worried about other people and his friends that possibly could or couldn't be here."

It is unclear at the time whether there were other individuals in the vehicle, but Contento says the investigation is ongoing and charges are pending.