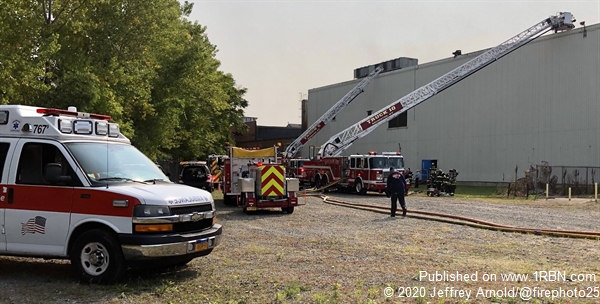 Photo by Jeffrey Arnold/@firephoto25Rochester firefighters battle a blaze in a commecial building on West Avenue. 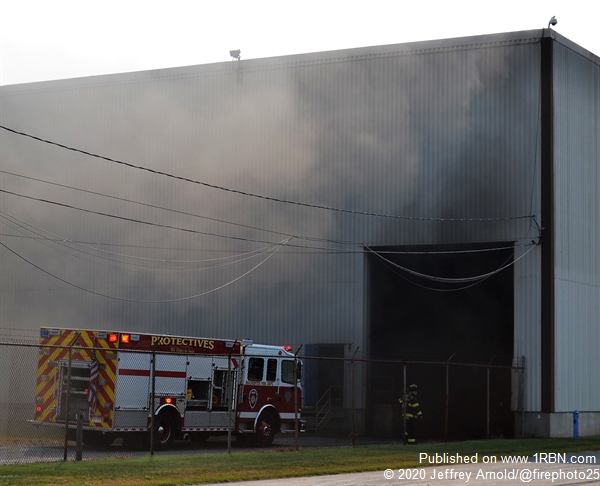 Rochester, NY - On Tuesday, September 22nd at 2:15 P.M., Rochester firefighters were dispatched to a report of a fire in a machine at Pflaudler Incorporated, 1000 West Avenue. Fire units arrived on location and found heavy smoke showing from a large commercial building. The blaze is believed to have started when a hydraulic line burst and the oil was ignited by the heat of the machine, which then spread to some nearby wood pallets and the roof. An additional engine and foam unit were special called to the scene to extinguish the burning oil. All of the employees were able to evacuate the building, and no injuries were reported.