A Final Salute for a Colonie Captain 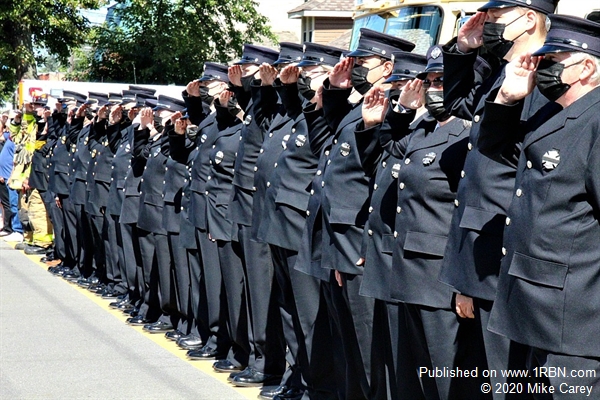 Photo by Mike CareyMembers of the Colonie Village Fire Department salute as the funeral procession for Captain Ron Baker passes in front of the firehouse. 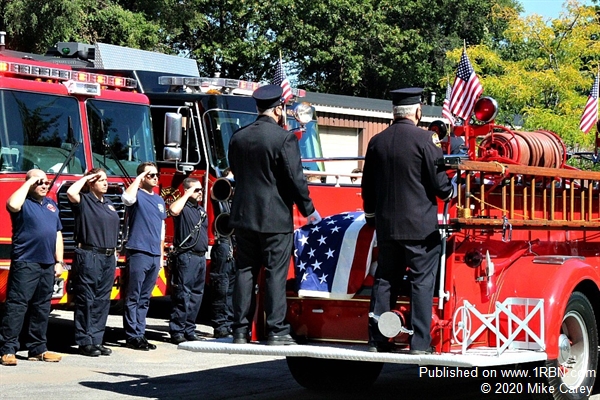 Photo by Mike CareyFirefighters from departments throughout the town of Colonie gathered to pay tribute to Colonie Captain Ron Baker. 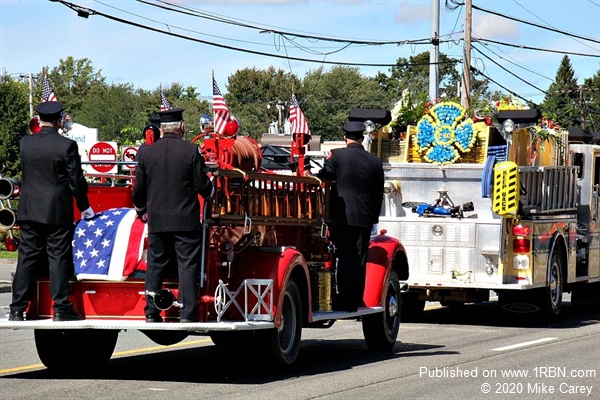 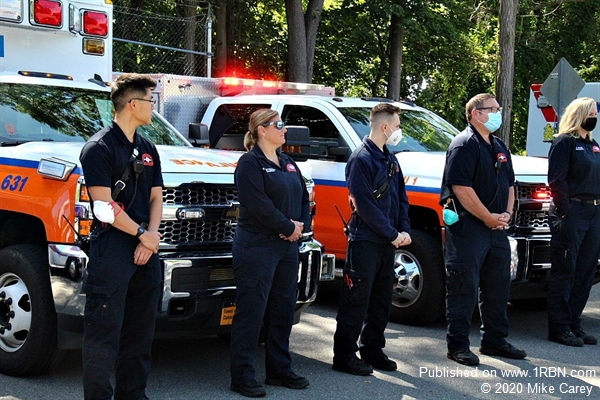 Photo by Mike CareyEMS Personnel gather to pay their respects to Colonie fire captain Ron Baker, who help create the EMS departments in Troy and Colonie. 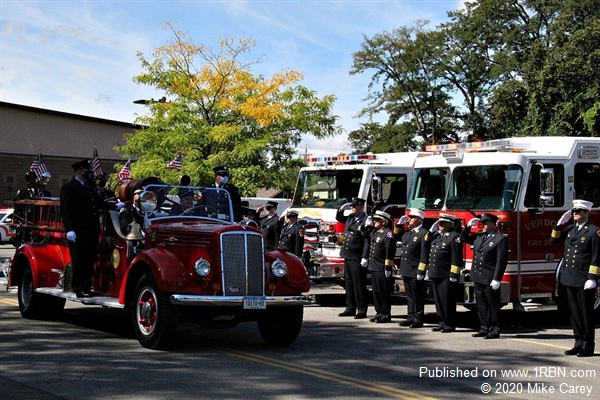 Photo by Mike CareyThe funeral procession for Colonie Captain Ron Baker passes by firefighters from throughout the town of Colonie. 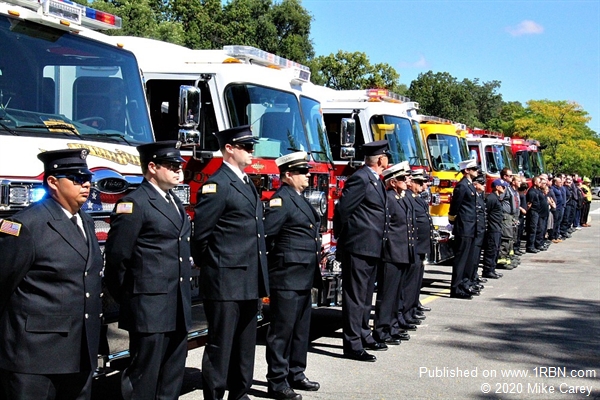 Photo by Mike CareyFirefighters from several departments throughout the town of Colonie gather to pay their final respects to Colonie Captain Ron Baker. 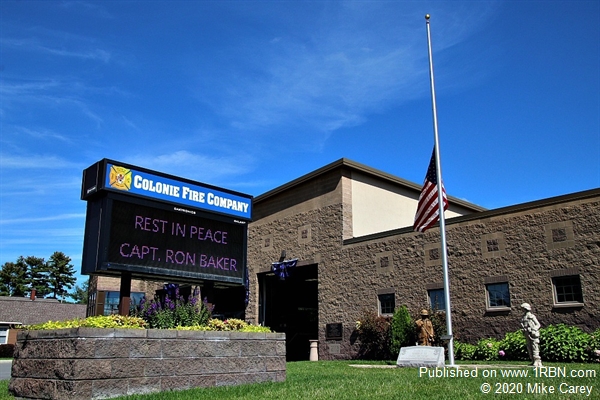 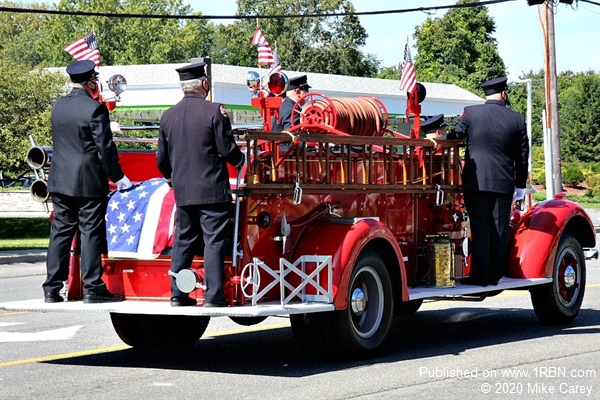 Photo by Mike CareyColonie Captain Ron Baker makes his final ride through the village of Colonie on a vintage Troy fire truck. In 1978, he helped create the EMS program in the Troy Fire Department.

Colonie, NY - Family and friends gathered on Saturday, September 12th, to remember a longtime firefighter and paramedic in Colonie.

Ron Baker died September 4th at the age of 79. He started a longtime dedication to fire and EMS service in 1974 when he joined the Colonie Fire Department. A year later, he was named firefighter of the year, an honor he would receive again in 1984. He became a certified EMT in 1975, and helped develop the EMS program in the Troy Fire Department. He served as the city's EMS Coordinator from 1979-1990 and went on to serve an instrumental role in creating the Colonie town EMS department in 1989. He served as Deputy Chief of the Colonie EMS from 1991-2002, and was one of the first first responders from the Albany area to respond to ground zero after the 9-11 attacks.

Ron served several other roles in addition to his time as a firefighter and paramedic. He was an instructor in the paramedic program at Hudson Valley Community College, and a part-time paramedic with the Windham Mountain Ski Patrol. At the time of his death, he served as a regional fire instructor for the New York State Department of Homeland Security.

Firefighters, colleagues, friends and family gathered at Cook Park on September 11th to pay their respects. A funeral with full honors took place September 12th, including a final salute at the Colonie Village Firehouse.