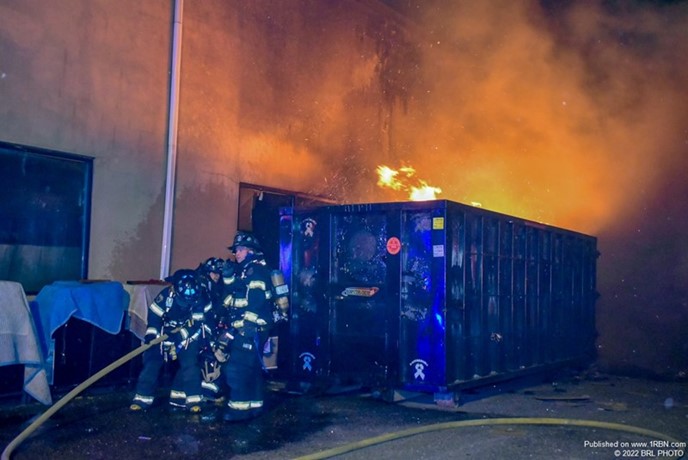 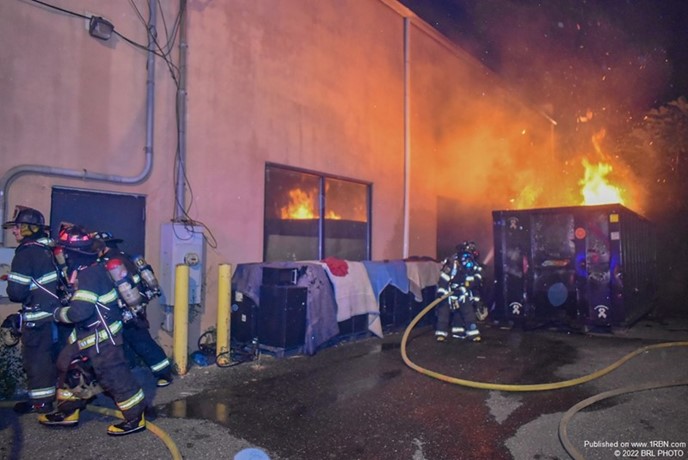 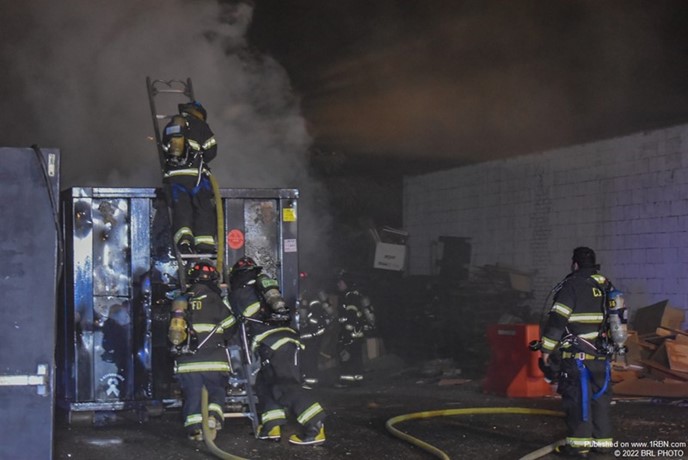 COPIAGUE, NY - During the morning hours of August 7th, the Copiague Fire Department responded to multiple reports of a dumpster on fire with possible extension to two commercial buildings on Oak Street.

Upon response of 1-3-33, Babylon Central Fire Alarm advised the chief that there were multiple calls on this alarm. Quickly out was Eagle Engine Co. Engine 1-3-10, and upon their arrival they put lines in operation on a large dumpster which was extending to one of the commercial buildings. Upon arrival of 1-3-5, they supplied Engine 10 from a nearby hydrant. Upon arrival of 1-3-4, they took the door on the four side to gain entry into the building.

Units operated under the command of Third Assistant Chief of the Department, William McInerney, Jr. The cause of the fire is under investigation.