Outside Burning Complaint in Whitman May Have Prevented House Fire 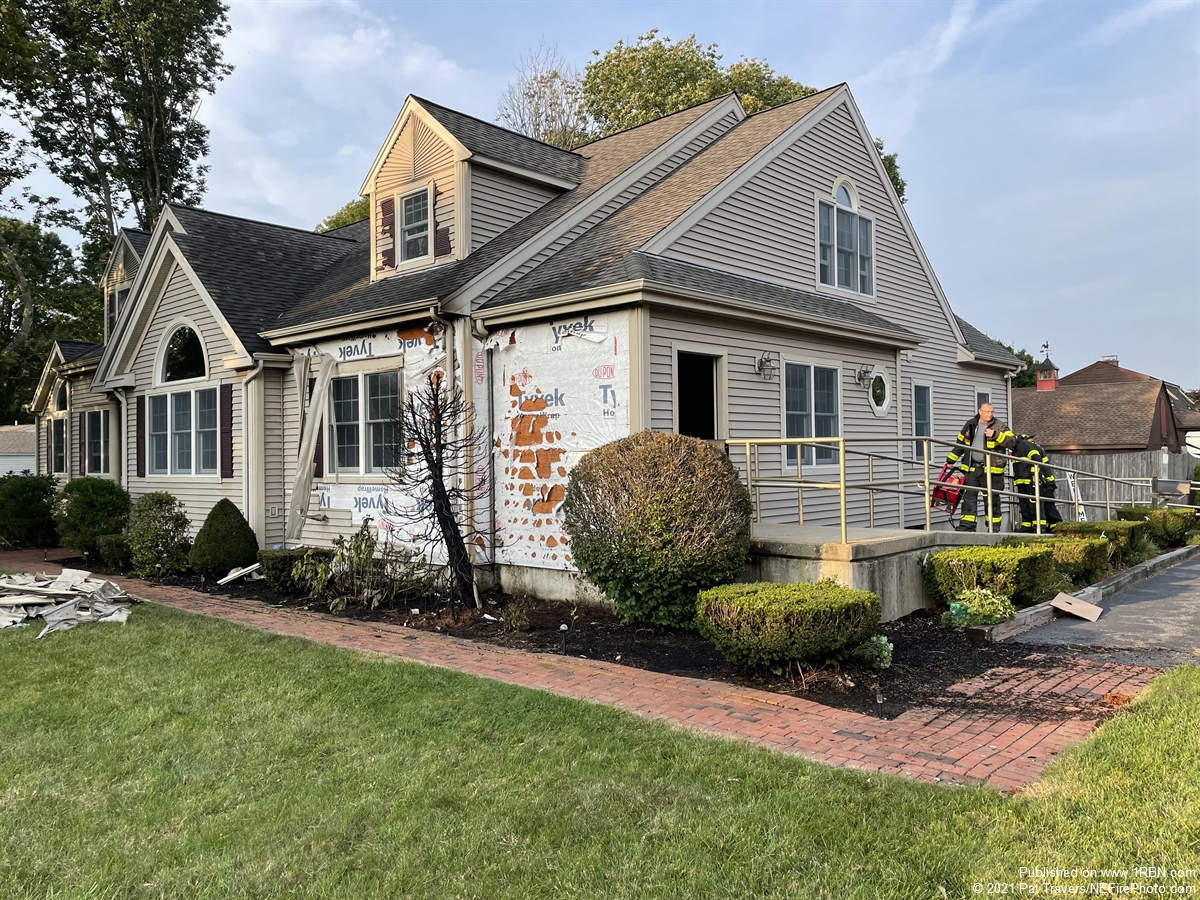 Photo by Pat Travers/NEFirePhoto.comThe siding was melted off the front of the house located at 101 Washington Street.

As companies were picking up to return, they noticed heavy smoke across the street. Companies relocated to 101 Washington Street and found mulch and bushes burning in the front of the building, that had extended to the house. One line was stretched off of Engine-243 and the fire was quickly knocked down. Firefighters removed the siding from the house and checked for extension on the first and second floors.

An initial investigation shows the fire is likely to have started in the mulch bed in the front of the house and extended to the bushes, which then caught fire. Damage is estimated at $20,000.