Whitman Remembers on the 20th Anniversary of 9/11 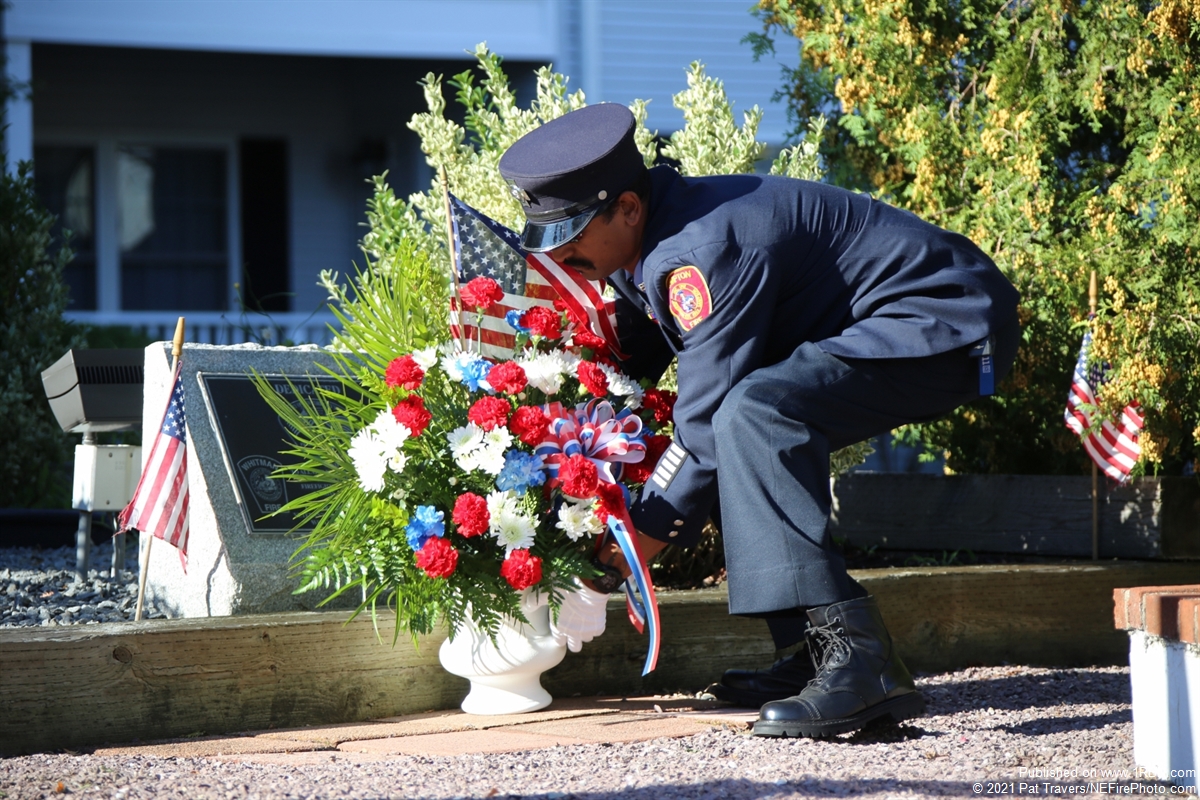 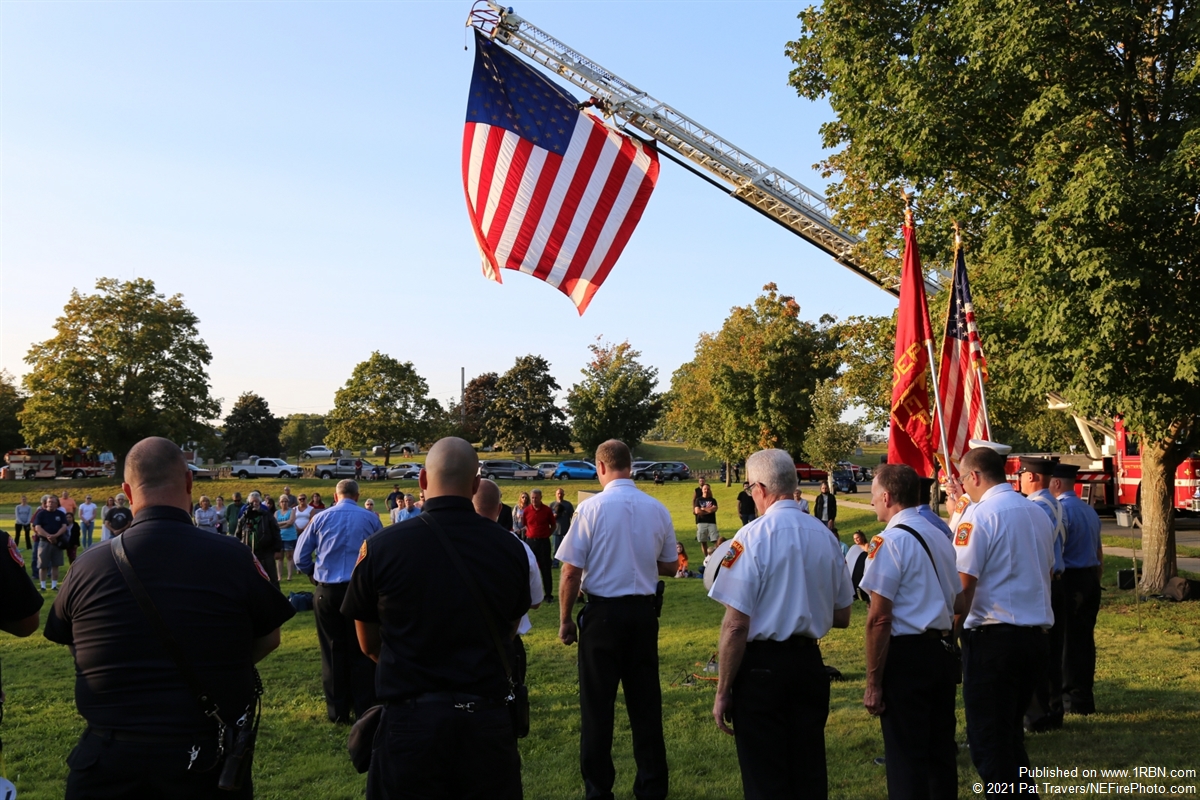 Photo by Pat Travers/NEFirePhoto.comWhitman Ladder-246 waved the American flag proudly at the events. 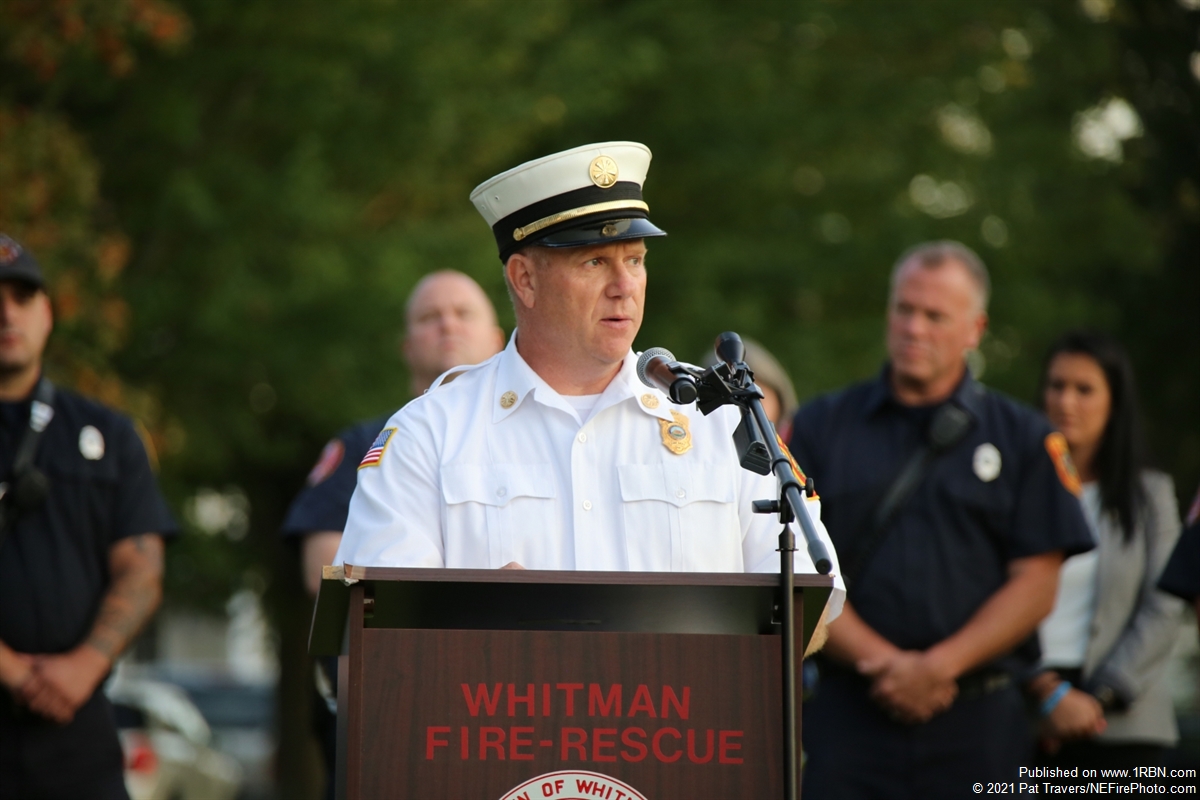 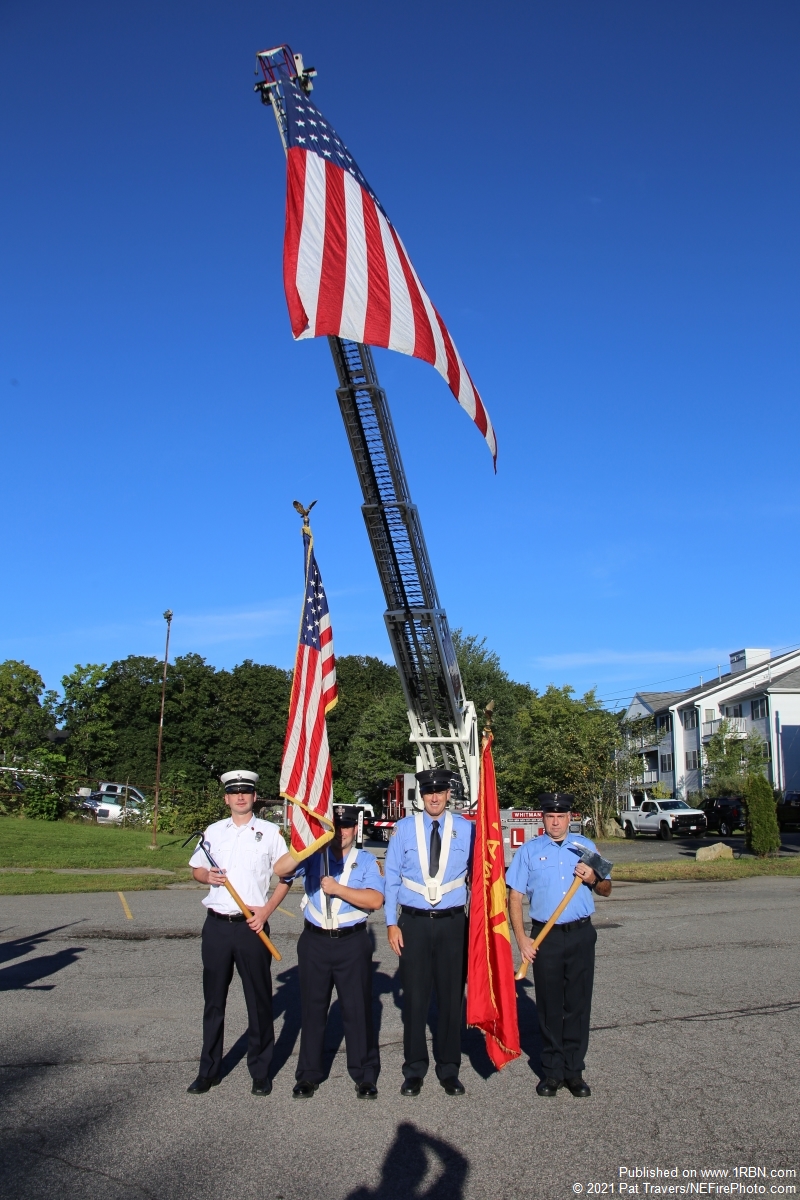 Photo by Pat Travers/NEFirePhoto.comFirefighters making up the honor guard pose in front of the American Flag. 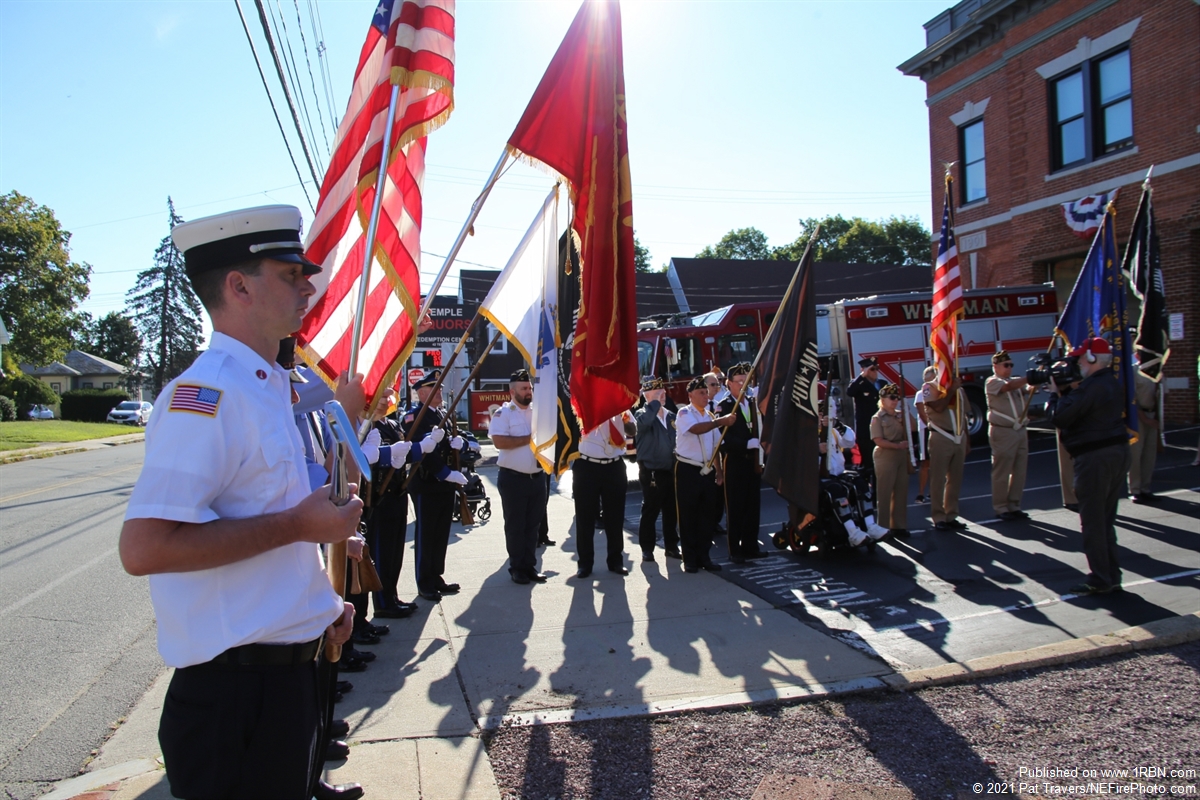 Photo by Pat Travers/NEFirePhoto.comFirefighters, police officers, and members of local military groups stand at attention during the 9/11 ceremony at Whitman Fire. 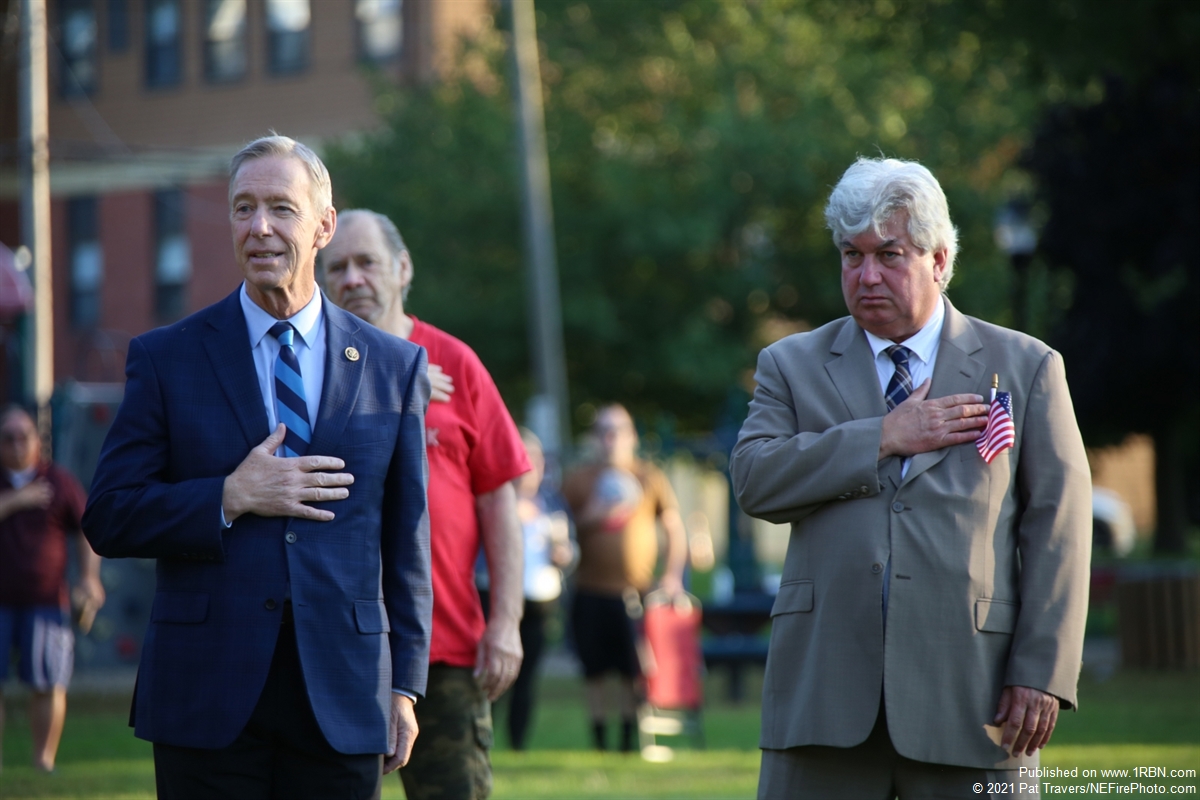 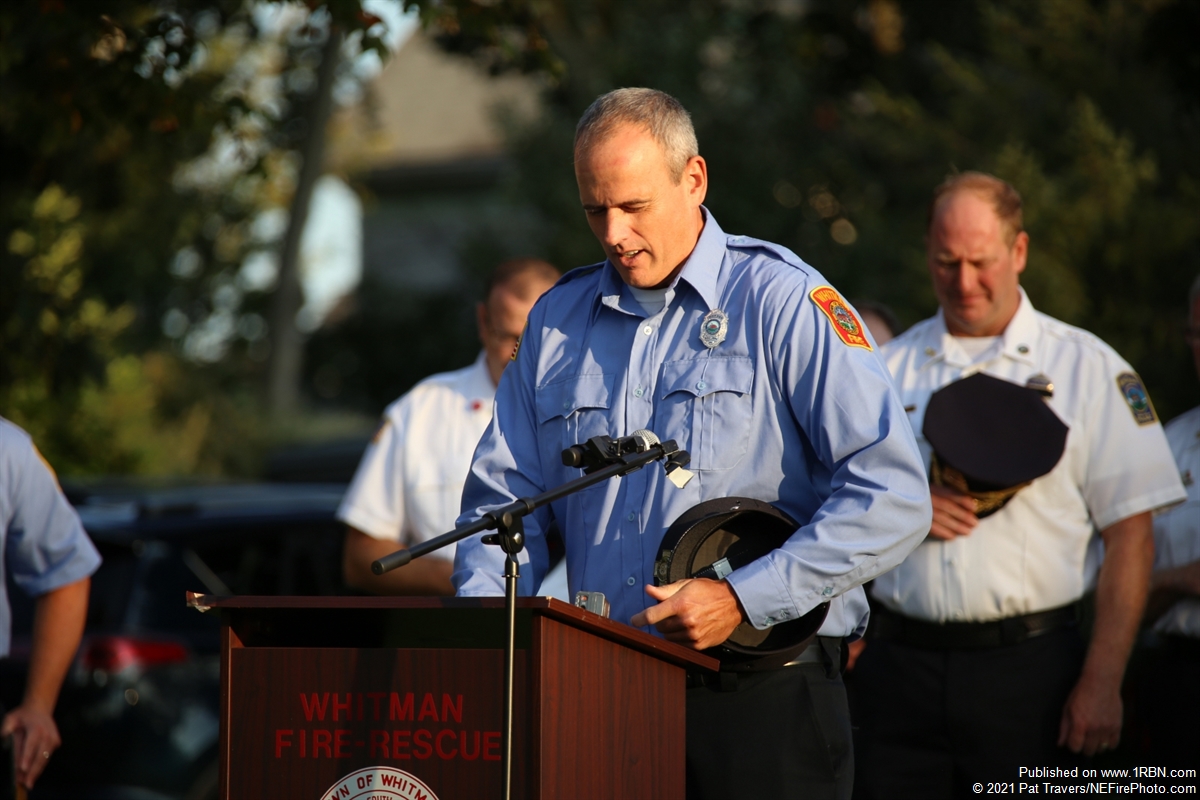 Photo by Pat Travers/NEFirePhoto.comWhitman FFOP Josh Gray says a prayer at the beginning of the ceremony. 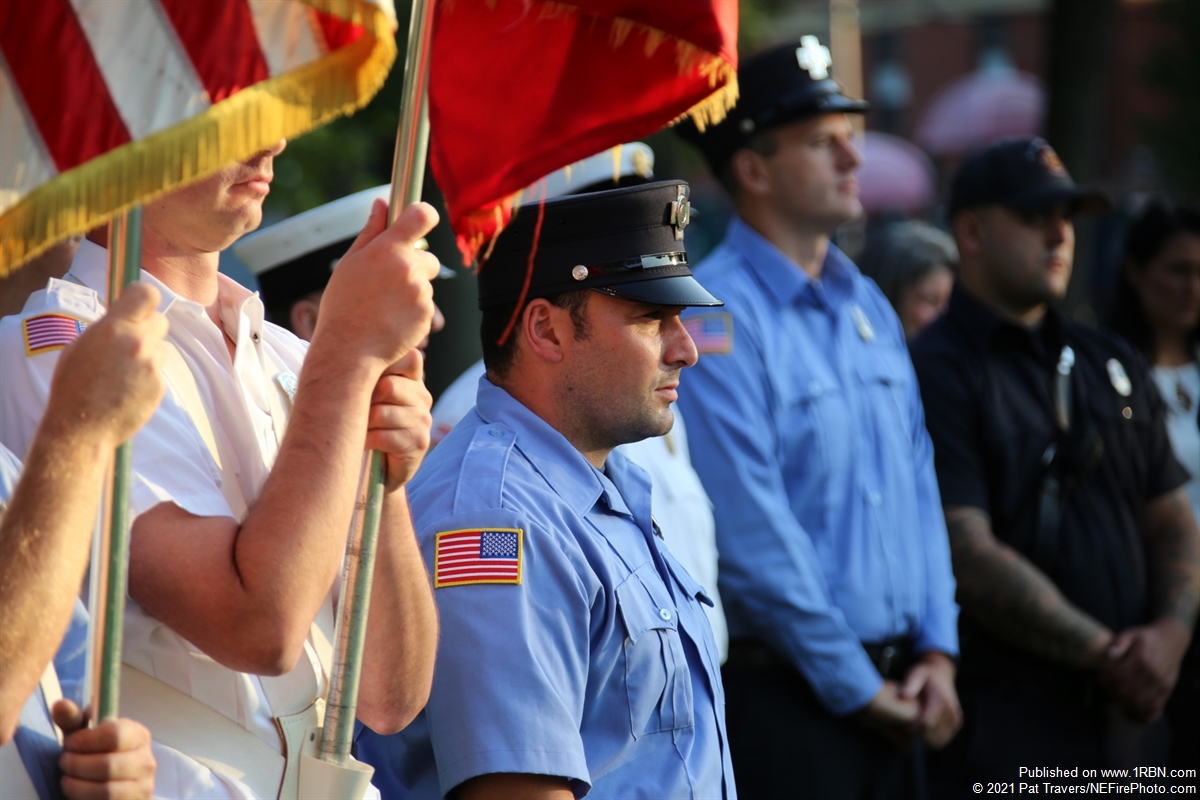 Photo by Pat Travers/NEFirePhoto.comFirefighters stand at attention during the many speeches during the event.

WHITMAN, MASSACHUSETTS (PLYMOUTH COUNTY) - On the twentieth anniversary of the September 11th terrorist attacks, the Town of Whitman held several ceremonies to remember those lost on that fateful day.

At 0800 hours the American Legion held a ceremony to remember all those who were lost on that day, as well as in the years since 2001 fighting the War on Terror. Several members of the American Legion spoke at the event, which was attended by the fire and police departments, VFW and K of C.

Following that ceremony, attendees made their way to the Whitman Fire Department for a brief remembrance at their 9/11 Memorial in front of the station. The ceremony started at 0846 hours, the exact time the first plane struck the north tower of the World Trade Center. US Army Corporal and Plympton Fire paramedic Paul Skarinka, who was formerly a Whitman call-firefighter and who was severely injured in Iraq, laid a wreath at the 9/11 memorial during a moment of silence.

Later in the afternoon, at 1800 hours a public remembrance was held at the Whitman Town Park. Several state and local dignitaries spoke at the event and shared their own personal stories about that day, The event was well attended by firefighters, police officers, local officials and residents of the Town of Whitman.