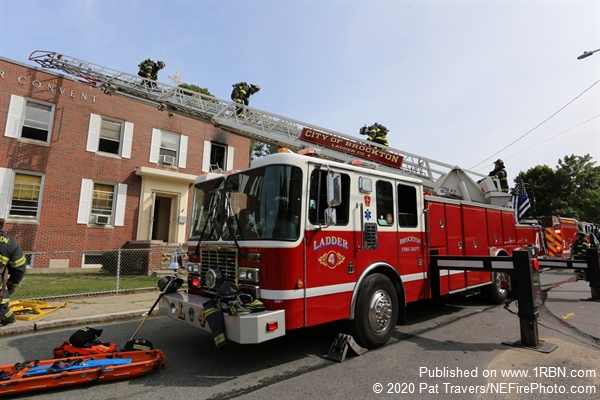 Photo by Pat Travers/NEFirePhoto.comBrockton firefighters make their was down Ladder-4 after opening the roof. 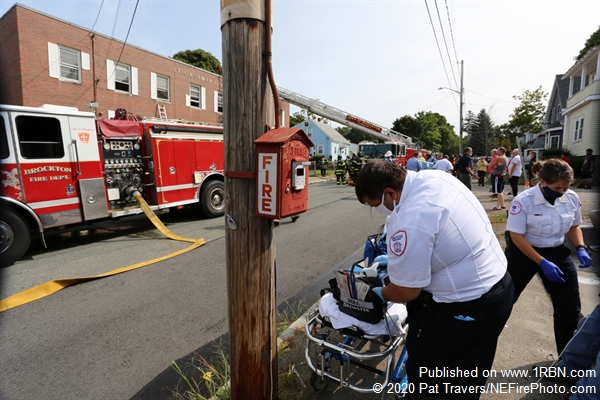 Photo by Pat Travers/NEFirePhoto.comBrewster EMS Paramedics treat a victim who was rescued over a ladder. 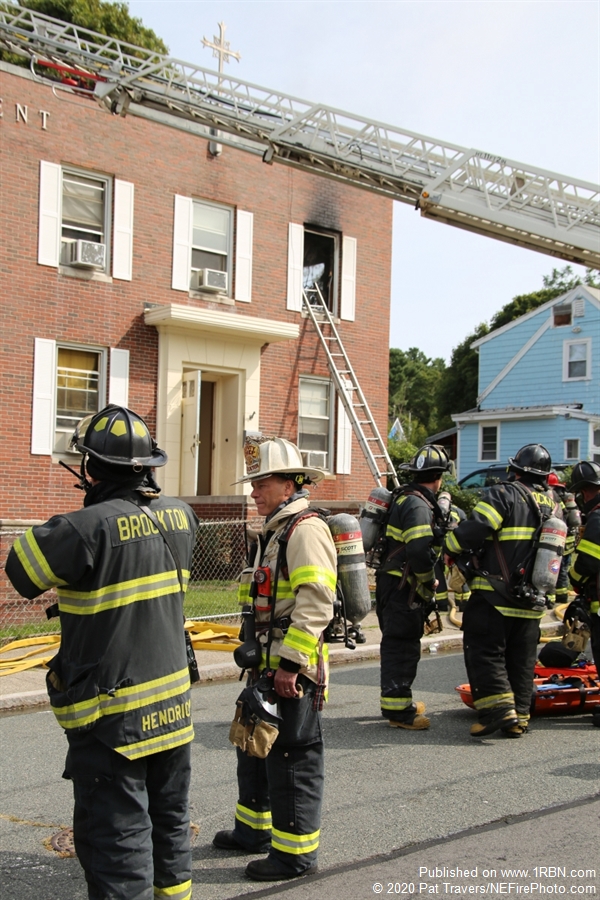 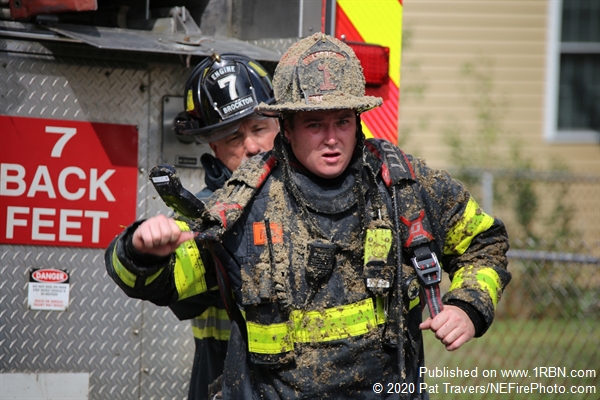 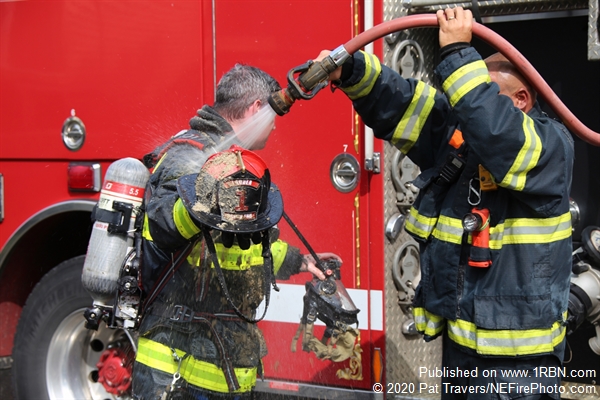 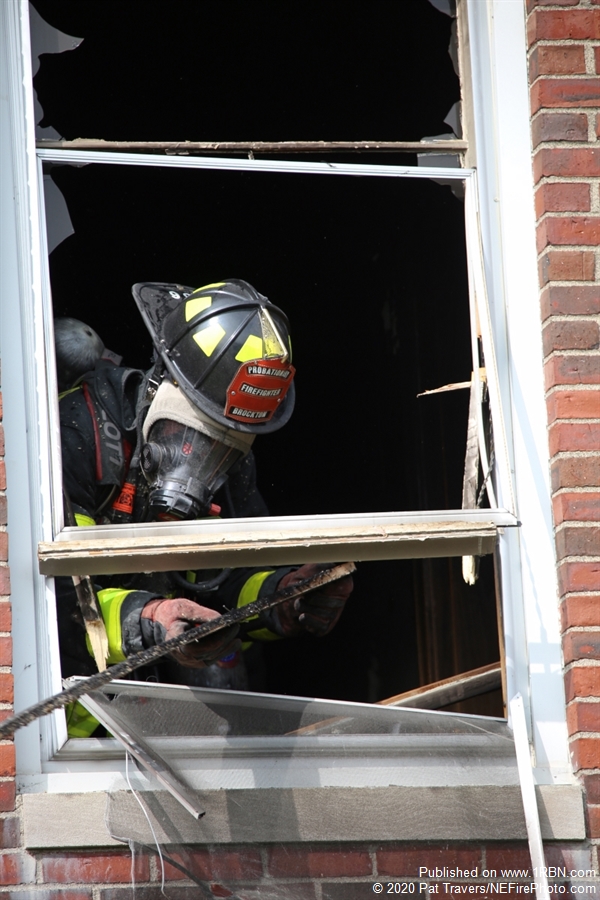 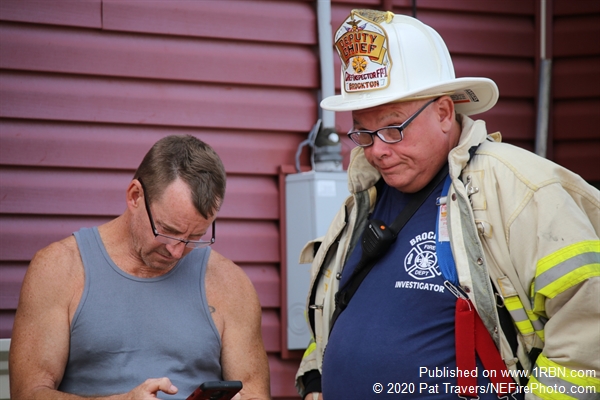 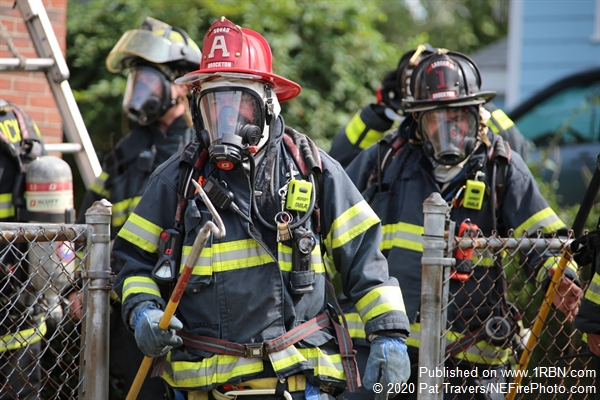 Brockton, MA - Around 10:30 A.M. on the morning of Monday, September 14th, the Brockton FD responded to a reported building fire at 26 St Casimir Avenue. Engine-3 arrived on-scene and reported smoke showing from a two-story brick building. Evacuations were still in progress of residents. Car-56 arrived on-scene and immediately struck a second-alarm.

A person trapped on floor-2 in the rear of the building was rescued over a ladder by two of the buildings' occupants when firefighters arrived. Two lines were stretched to quickly knock down the fire in the 'A-D' corner of the second floor. The fire appeared to be contained to one unit of the multiple-unit brick building, which originally was utilized as a convent, and is now a sober house.

The cause of the fire is under investigation. No injuries were reported. The occupant who was rescued from the second floor was evaluated by Brewster paramedics on-scene, but refused transport to a hospital.